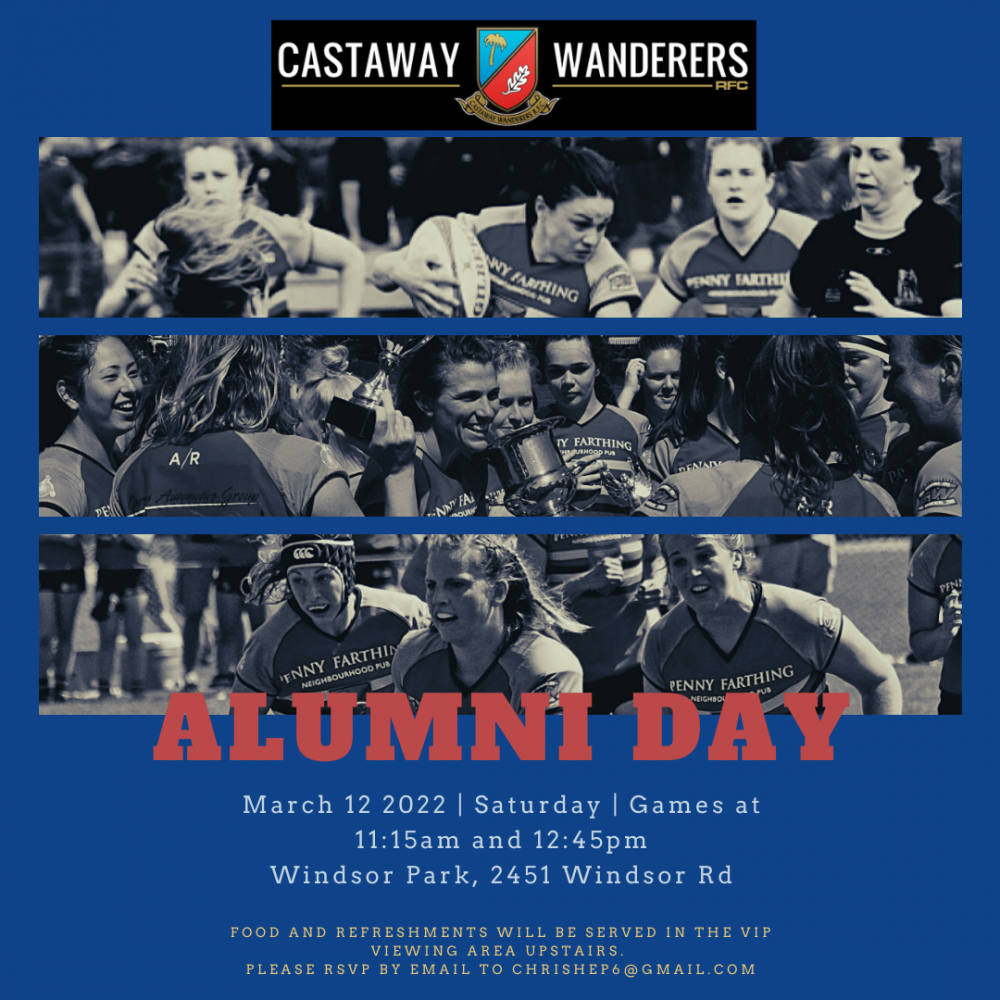 CW Women's Rugby have announced their first Alumni Day of their "modern era".
CW had a Premier Women's team back in 1996 when they went to the BC Finals.  Women's rugby was resurrected in 2015
Dividends were reaped the following season when The Tricolours upset Velox RFC for the BC Premiership in a memorable match. ( GAME REPORT )
Matches will take place on 12th March at Windsor, with Div.1 playing UBC and Premiers Vs Capilano RFC.

Your intention to attend can be notified to [email protected]