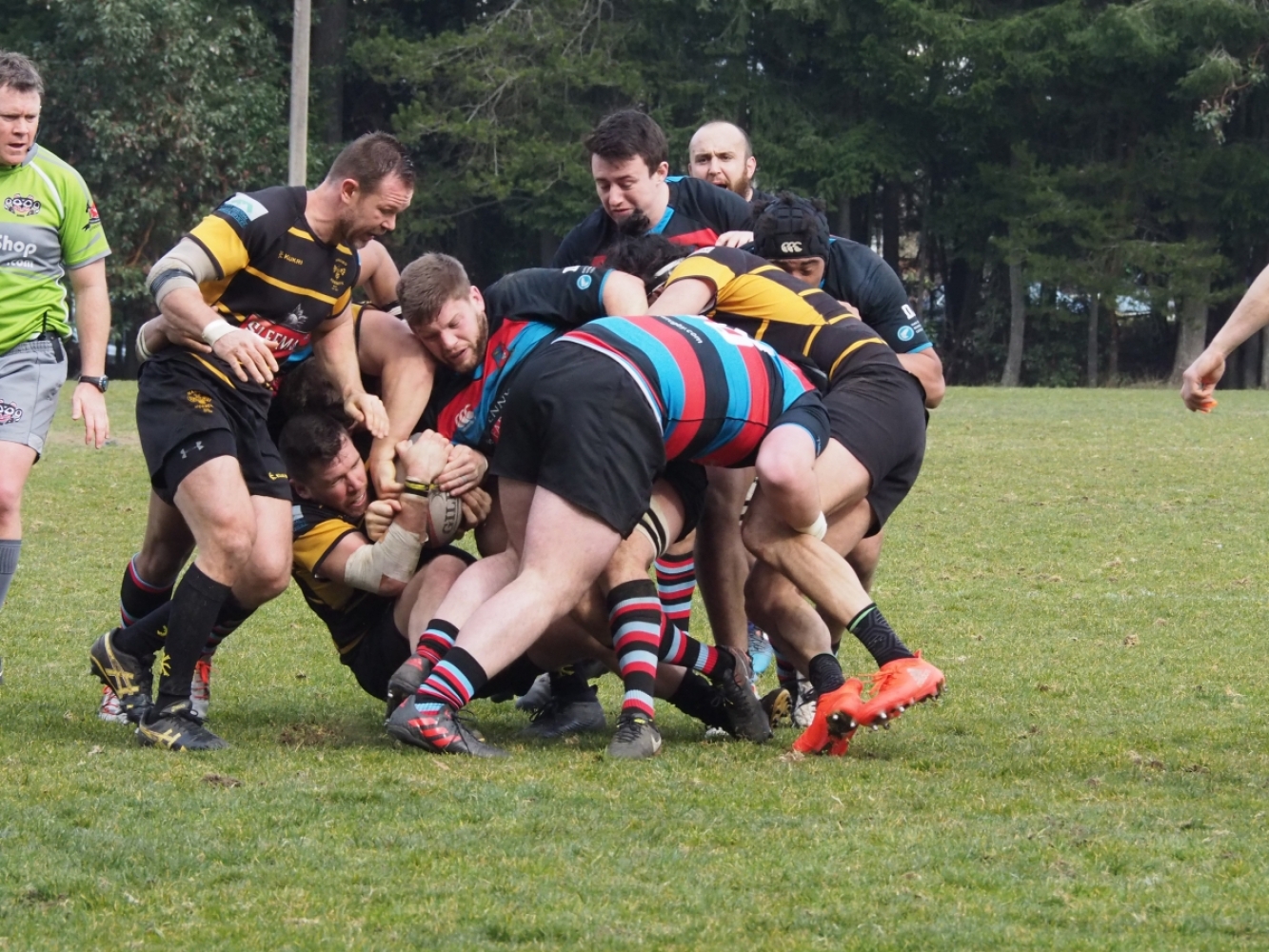 CW is on the road this weekend when all three senior teams visit the Hub City.  The women kick off at 11:15 a.m. at May Bennett Park as the Hornets host their home opener.  It is hard to make a prediction with little information however CW women have played one on the road, losing to Comox.  This part of the competition is an opportunity to “blood” some youth and new players prior to the Premier League action.  The Tricolors will feature a strong leadership group in their selection with captain, Hawkins, Shaver, Adams and Sargent and this week will see the return of two very talented backs – Gabby Senft and Frelen Gorst.  Not really knowing the opposition, this pundit will go out on a limb and call CW in a close one.

The Reserves and Prems will also be home openers for the Hornets.  Same match last year produced 89 points in the Reserves contest with the Visitors outlasting Nanaimo, 55 – 34.  Hard to say if this will be replicated!  The CW selection looks to be a little depleted with unavailability and injury already.  Notwithstanding, it is still a group that should provide a good showing led by Riley Ilnicki, Kirk and Moar, up and comer, Eliot and veteran, Hepp in the pack and the backs including Kanty in his second outing and an expected slow resurgence to his youth potential, he will link again with Sandner, a clever pivot, the experience of Winser in the center and backed up by Justin Logan in the custodial spot.  Somewhat akin to the women, I call a close game with a CW edge at the final whistle.

JoMO off the pines!

The Prems will face Hornet lock Halaliku who had an outstanding game against the Tricolors at May Bennet last year, when the Visitors outlasted a brave host, 61 – 41 in another track meet.  Weir will be in the black and gold, a useful loosie and Fowler at #9 is a threat.  We are not sure if other tough customers, Stephens, Marshall and Edwards are around but the Hornets at home will be a worthy opponent.  For CW the FR Fraternity remains the same with ‘evergreen’ Woolridge as backup.  Haydn Evans returns to the engine room joining the experienced Finnemore.  Evans was a boyhood progeny who one expert once quoted to be “the best forward to ever come out of Shawnigan”.  This writer has spotted him working hard in the gym, hopefully with his goal to return to that form of two seasons back when he was all the rage with a try-a-game.  The back three features Luke Bradley and a pity the Black Sheep are on the park, with his former mates unable to pop down and see his game.  Stewart and Dawe round out the pack.

The backs see Owens getting the start again at #10 and pairing with Schellie at half back and hopefully he can put in a good experience as he is surrounded by sheer pace.  Pat Kay starts in the centers again.  This writer recalls making a comment when Pat started with the Vikes in his frosh year as “being something special”, overheard on the balcony by his mum who was in vocal agreement and so it has come to pass and now in the Tricolors we are the beneficiaries of his talents!  McCloskey, Morra, Adibe and Dalsin round out the backs – a pretty talented lot.  Adams, Isaac Kay, Moar and Logan will lend late momentum if needed.  I have to think early season consequences could be dire if this combo was to drop the decision but that being said, there is also the case of the Browns!!  I call, great entertainment for the fans with the up-island ‘dogs’, giving it a good contest.

The Islanders will be at The House at 11:15 Vs UVic Saxons.

We finish today’s blog with; Believe It or Not!!

Heard tell Men’s 7’s coach, Damien McGrath was not informed by his bosses of the Rugby Canada “amalgamation edict”, until after it was public news, a decision that has reduced his 7’s staff and demoted his role (and salary??).  What autocracy and arrogance!  Would it surprise to see this man move on?  Our thoughts with the players as critical meetings continue today.  The Ruggernut.