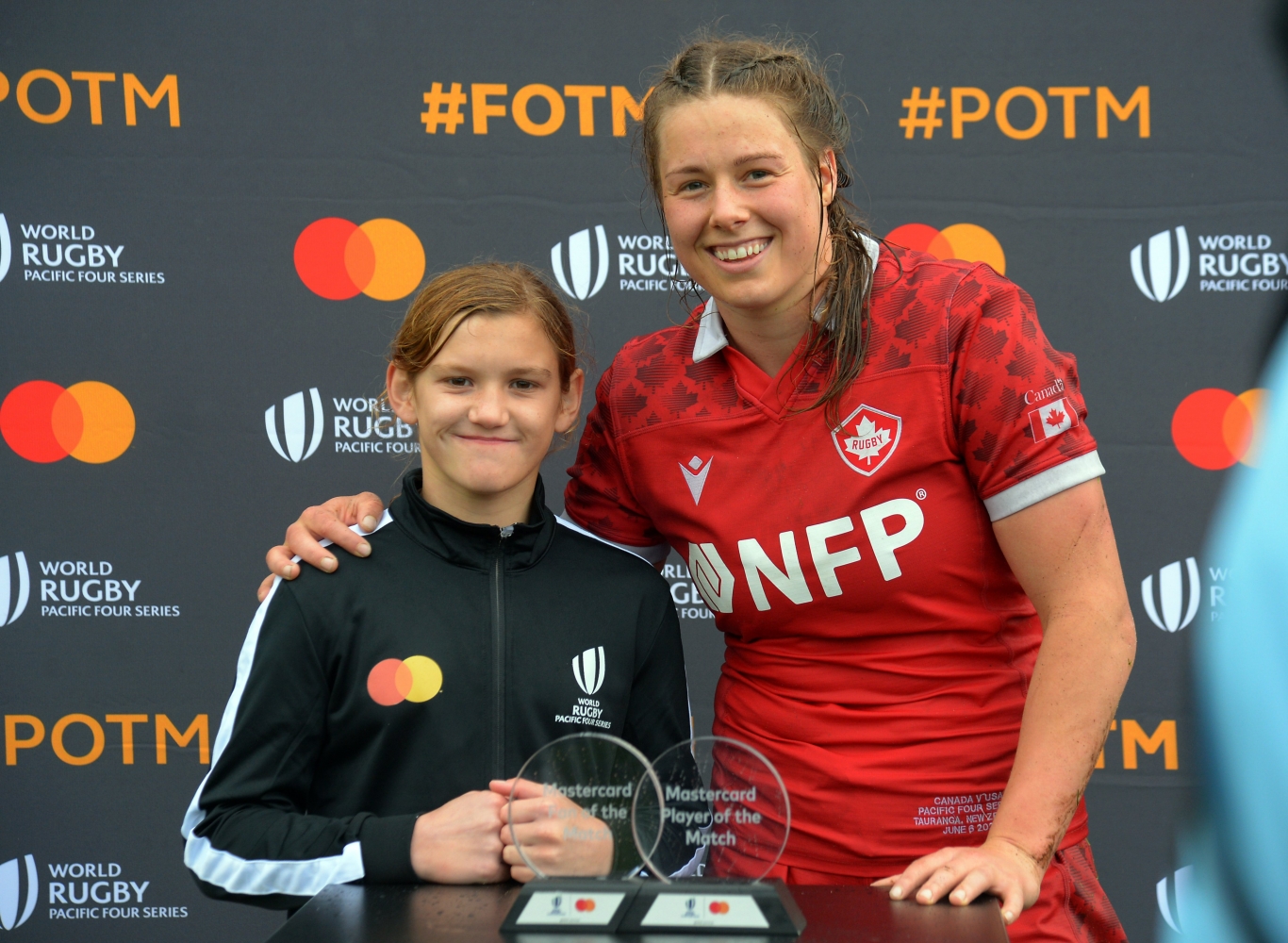 CW is ever so proud to recognise today, its role in the rugby ‘upbringing’ of Captain Canada, Sophie De Goede.  In the same vein, we appreciate Soph’s recognition of her “club” in all her promos and press.  Sophie was awarded W-o-M in last Saturday’s comprehensive 38 – 16 victory over the U.S. in New Zealand, at the opener of the Pacific Four Tournament.

It’s a story that has been chronicled on this site before.  From the first time she touched a ball in Minis at Windsor Park, Soph appeared to be groomed in her mother, Stephanie's footsteps as a leader of Canadian Women’s Rugby.  Father, Hans, also a perennial Canadian Captain, along with Steph must have been extremely proud of their daughter’s inaugural Captaincy, her outstanding play and the team’s victory on Saturday.

Soph was not alone with her CW connection.  ‘Dual season’ player, Olivia De Merchant scored a brace, as did ‘brief appearance’ player, Pam Buisa.  It was a great win for the NSWT XV’s.  We will keep a close eye on the remaining matches.  Next up, N.Z.

The Pacific wailed on the Atlantic, 75 -22, last Saturday in this inaugural event.  In last week’s blog, we lauded our praises, joined by others around the League, for Grady Bowd.  G.B. did not disappoint, with a personal bag of nineteen points in the West’s eleven-try output!  We will wait with interest to see if his efforts bear fruit.  ‘onya, Grady!
UNDER THE RADAR
Last week the B.C. Rugby Board approved key updates made by the Competitions Committee to the Rules of Competition for BC Rugby.  These changes will be implemented in the Fall season.  The changes are many and major.  This pundit terms “under the radar” to describe the announcement as rugby is on the “back burner” for most and secondly, it is not an outcome of the AGM, decided on by the clubs.  I do believe it is well-intended and falls in line with Global Law Variations but there are aspects that have not been thought out to the nth degree.   Today we will refer you to the BC announcement without editorial comment.  We will be seeking a Q & A with CW Director of Rugby, Ken Goodland, to get his thoughts and opinions on the changes – stay tuned.
VIEW CHANGES