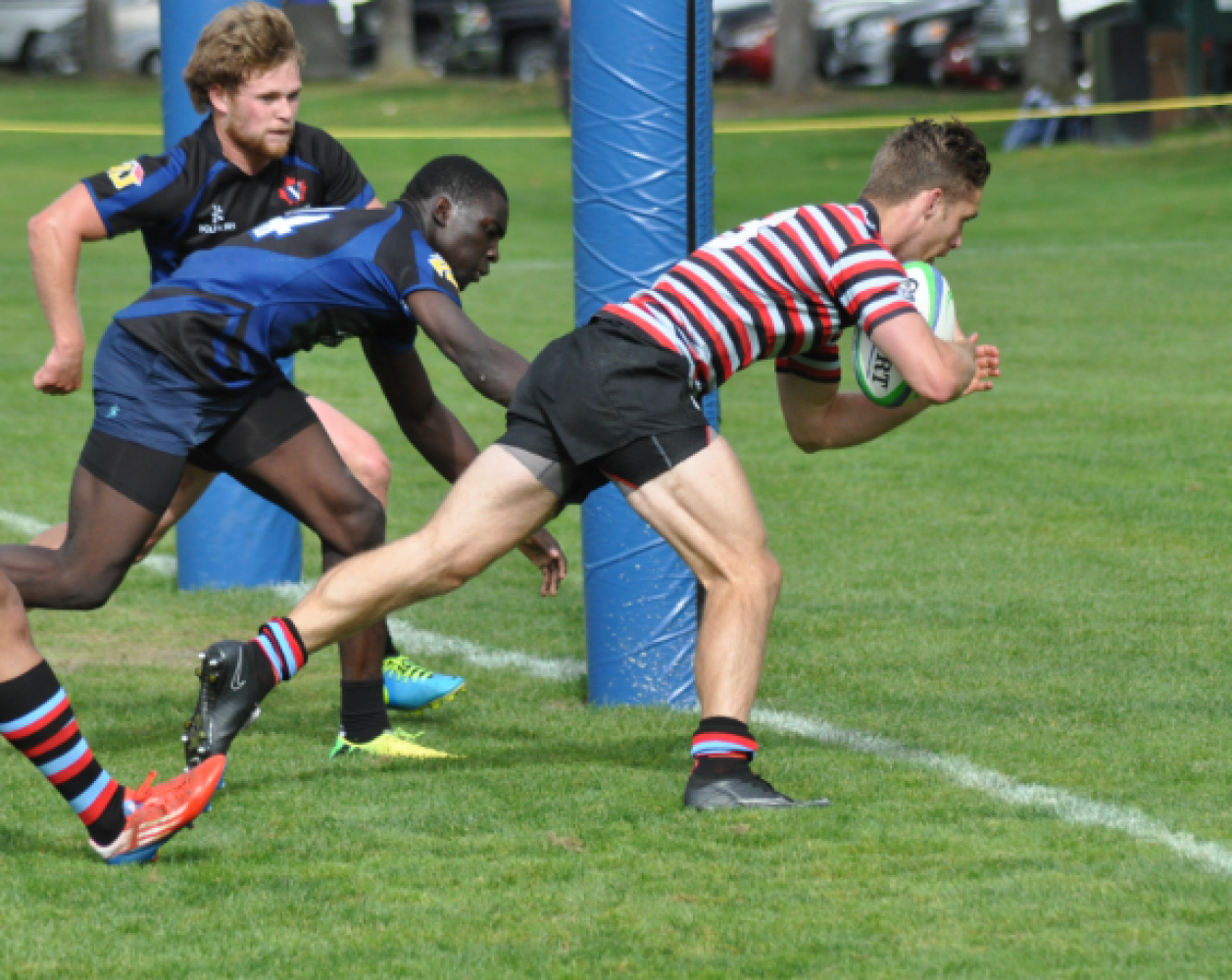 Friday last, Rugby Canada finally announced the NSMT’s 7’s selections for the upcoming Wellington and Sydney stops of the parade, virtually as the boys stepped on the plane.  Good news for readers of this site was the inclusion of Luke McCloskey.  Luke is a product of CW minis, age grade, Shane Thompson’s B.C. 7’s Nursery and the finishing school of Vikes rugby.  Luke joins Phil Berna (UBC) as new caps on the squad.  Success for the group will be based heavily on how our very experienced core of leaders perform – Mack, Hirayama, Duke, Jones and Captain Moonlight.  Rounding out the squad with further experience is; Hammond, Cejvanovic, White, Kay, Mullin and Zaruba.

There is every chance that the Wellington and Sydney events could be “break-outs” for a talented group that has not peaked.  Let’s hope the combinations gel and the boys send a message for the Repecharge for Rio.  Canada finds themselves in a pod with Kenya, Australia and Portugal, all “winnable” matches.  We note that Yak, Fuli, Scholtzie, Trainor, Douglas and Underwood are all “injured”.  This categorisation is always hard to fathom when we see a number of these chaps have not been on the field in some time. Let’s hope their recuperation is rapid, for fresh horses always seem to be needed.  CW wishes the squad the best of luck for it seems that it is often luck that sorts the winners and losers at sevens’ events.  Go, Canada!

BCRU recently announced age grade coaches for spring competition.  CW’s Spencer Robinson and Shane Muldrew have been announced as U17 and U15 coaches.  It is always a matter for question when one notes that spring/summer age grades differ from seasonal play and that Canada fields teams at U18 and U20 levels??  It was not a whole lot of years ago when the B.C. competition changed league age grades to align with National level.  I suppose the odd years could be argued as “retention” and “linkage” value??  Who knows?

No doubt, the success these two men had with their U14 and U18 Club Championship sides was a factor in their appointment, although not the sole factor.  Shane has been “groomed” for a couple of years as a manager and assistant coach, to boot we know he is in the process of completing National certification.  ‘Onya, Shaner!  We know Spennie’s pedigree, experience and qualifications and he has just finished a stint with the NSMT’s Maple Leafs in South America.  We wish both men the best of luck and we know their players will be the beneficiaries of solid coaching.  Go, you good things!