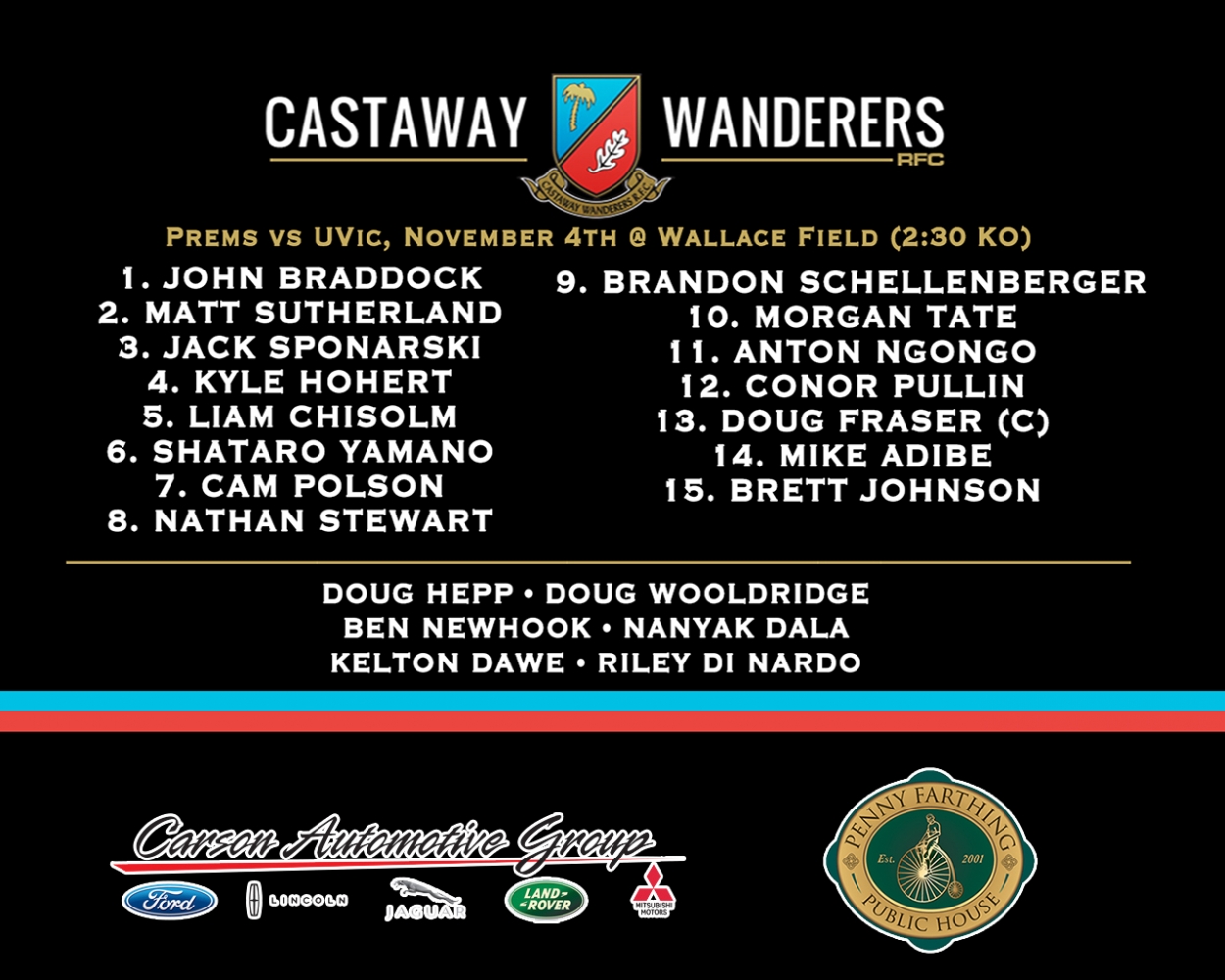 The Tricolours have been forced to make a number of changes this week be it due to necessity or lack of form, decisions made behind closed doors! The Reserves will be facing a Norseman side that is 4-1-1, merely four points ahead of the 4 – 2, CW team but a side that is averaging a mammoth forty points per game on offence! The selection sees Nate Thomas getting his first start for the season, a man who will be invaluable to the club if he can return to form. Evergreen, Doug Hepp, packs down once again in the front row and if everyone can bring Heppy’s passion, this will be a winning side. Fowler in good form, locks with Nate and Kelton Dawe leads the loosies. It is a speedy backline which will hopefully match their student counterparts, an area that was found wanting last week. Logan and Newman both find themselves in the Reserves and Kapi Vataiki will be the custodian. Go, Divvies.

The Premier selection also has many changes. Matt Sutherland, on debut, joins Sponarski and Braddock in the FRF, both of whom will be seeking redemption from a set piece performance that must have been disappointing to their pedigree last week. Hohert and Chisholm lock, the later playing his first game against his alma mater. It is good to see Polson available again however disappointing to see Finnemore out on a “red”, perhaps taking last week’s pre-game hype of ‘mongrel added value’ too much to heart. Stewart will be critical again this week as the forward pack which looked ponderously slow last week to re-align on defence, will seek considerable improvement, led by this man’s “quicks” to the ball.

The three line sees wholesale changes, with Morgan Tate on ‘starting debut’ in at #10 against his alma mater as well. Schelly comes into the #9 spot. Pullin joins the Captain in the centers and the long awaited return of ‘The Magician’ Ngongo on the wing compliments Adibe and Johnston as the back three. UVic may not quite have the pace of UBC however the students are still “mucho rapido” and the CW backs will need to work hard to avoid the outflanking that occurred on a number of occasions last Saturday. It is always a good encounter against the students, so hopefully the weather will oblige and the faithful assemble to give the boys a boost back to form.
p.s. Don't forget The Islanders Vs Saxons @ 11:15, also @ Wallace Field.

Given the way the women played last Saturday - six tries versus the league leaders - they could provide a real surprise for a surging Capilano side. Week by week, the ladies are performing better and this, accompanied by their customary courage displayed, will soon start to pay dividends in the “w” column. The forwards will be led by Marlene Nedved and Gabby Senft. Lizzie Adams, a leader in every way, will Captain the side from her center position. The bench has both Mandy Marchak and Jess Dovanne listed, perhaps a brief cameo may be the case. It would be a treat to see Mandy get a few minutes before departing for Oz with the Canadian Leagies. Best of luck, ladies.  Kick off - 12:45 @ Windsor Park.