Rugby On The Horizon 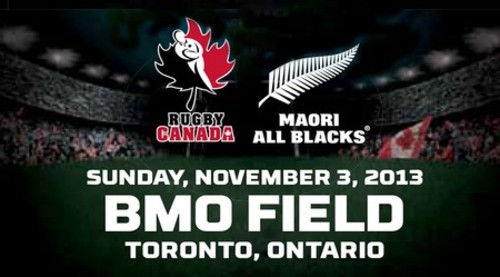 Canada's National Team players - men and women have an extremely heavy schedule on their plates over the next month with some players having to perform double duties at both sevens and fifteens play.

The men start on November 3rd when they take on the NZ Maori All Blacks, featuring six recent All Blacks and eleven of the side which toured last year. This match takes place at BMO Field in Toronto. The team will then travel to Europe where they play Georgia on November 9th and Romania, November 16 and Portugal on November 23, none of these matches being an easy task. That will be followed at the end of the month with the Dubai Sevens!  It will be very interesting to see just which players will be available for selection and just who will be selected.  It is almost a sure bet that some players will be called upon for "double duty". The women have a similar schedule, playing tests against France (twice) and England before travelling to Dubai and the scenerio repeats with some players having to play at both levels.  Stay tuned.....Dubai Pool includes England, Fiji and USA for the men and Australia, France and Brazil for the women.