PREMIER TEAMS ATOP THE TABLES 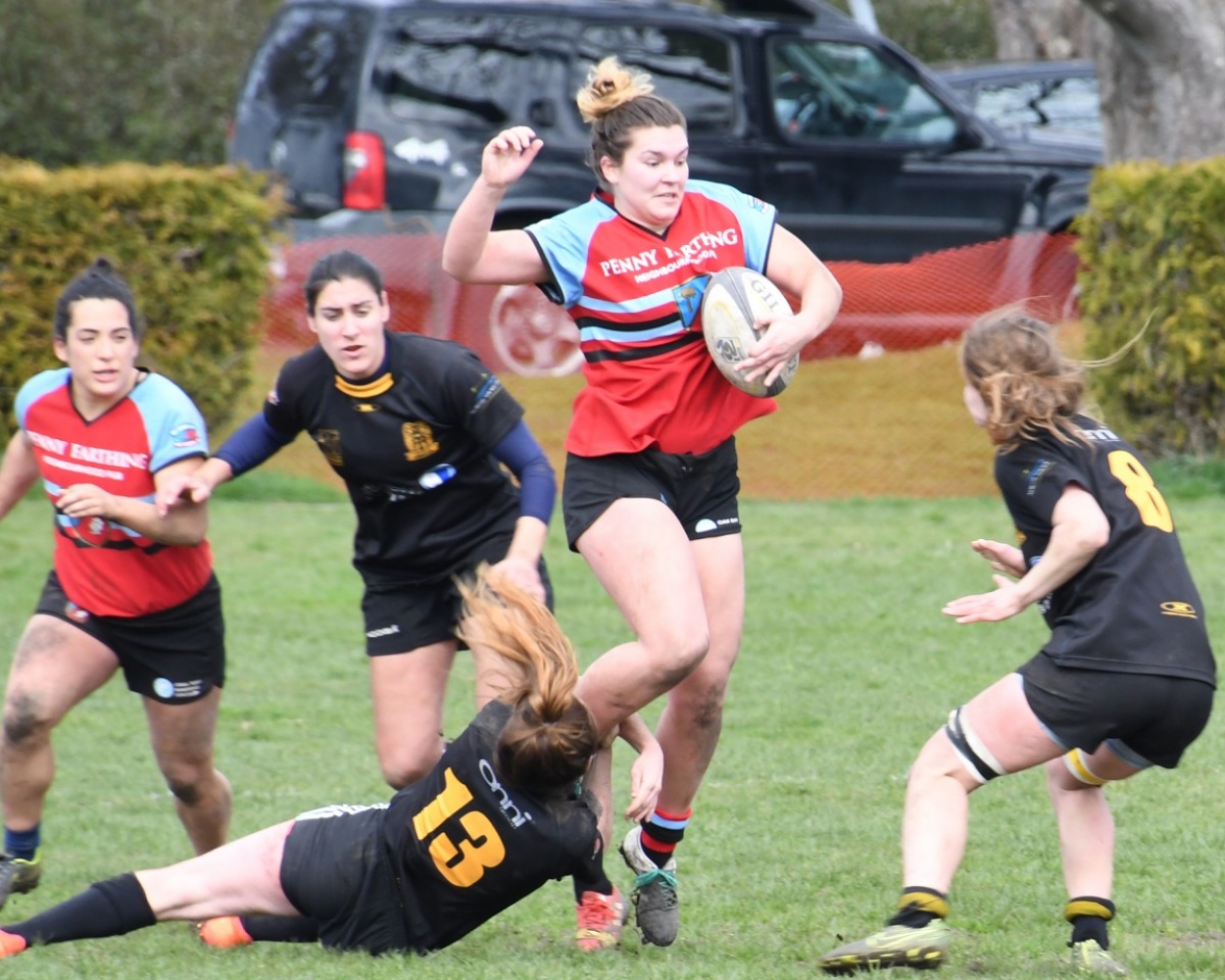 CW Women’s rugby embraced their Alumni Day on Saturday, kicking off against UBC in Div.1 action.  The UBC program is a strong one with Div. 1 players gaining experience for Varsity play. This game was yet another learning experience for the locals as UBC came out strong, scoring early tries. CW’s somewhat inexperienced group re-organized their defensive structure to counter the UBC attack. CW pulled together in the second half to score twice against UBC. The final score was 15-58 for UBC.

Emma Glasgow captained the Div. 1 team from her position at #10. She played a phenomenal game, gaining the attention of the opposing team and chosen as Back of the Match for CW. Maddy Molgat also had a stellar performance earning the Forward of the Match for CW. Jesse Knaggs had some great picks, forcing the UBC squad to stay on their toes in rucks. Both Maddy Hall and Karen Garcia played some solid defense, making some excellent tackles. The “takeaway” for the team from this match was to improve their defensive linkage early in the game and try for hard lines on attack.

The Premier CW Women were matched against the Capilanos. In the past, this matchup had often resulted in a close game. CW’s backs came out with a strong attack, scoring early in the first half with a try and conversion from Maddy Aberg after she broke the line. Louise Eriksson and Chloe Hill-Huse were a deadly combination of forwards, often using “tip lines” off one another to break the defensive line. The third try of the half deserves mention for the brilliance of Temi Ogunjimi, when from inside CW’s 22-meter line, she chipped the ball over the Caps back line, and although the bounce was not favorable, she toed the ball again to a speeding Emily Samek who finished the try with a fifty-metre run. Temi again was a prominent player for the fourth try when she “poached” Caps’ ruck ball and ran the length of the field to score, earning the bonus point with the half ending.

Capilanos came out strong in the second half of the game, forcing CW to be tested on defense. Although the half was much tighter, the result was comfortably in CW’s favor. Back of the Match for CW was Temi Ogunjimi for her decisive performance at 13, and Forward of the Match was Louise Eriksson for her solid and dynamic performance at 8. CW had some incredible combinations of players on the day. Olivia Apps at 9 and Julia Schell at 10, always expertly commanding the field and looking up on attack, and Maddy Aberg and Temi at 12 and 13, consistently breaking the line, were standouts. Valerie Wideski had some big tackles as always, and Julia Folk and Lucy Beauchemin at flanker, played dynamically on both defense and attack.

Overall, it was a great weekend for CW Women's rugby and both teams are thrilled with their performances.  The Women’s Coaching Staff and Management group are to be thanked for their efforts towards this successful weekend.  (Report, thanks to Kassidy Cej).

Yesterday it was announced that the Seattle RFC Men’s and Women’s teams have withdrawn from the BCRU Leagues for this season due to the current COVID protocols for land border travel, it was clear that the logistics, costs and possible 14-day isolation if positive on return to Canada, have made these Seattle fixtures untenable. A further footnote from BCRU, “A reminder that all Leagues standings will be calculated on points/matches played ratio given the unbalanced schedules.”