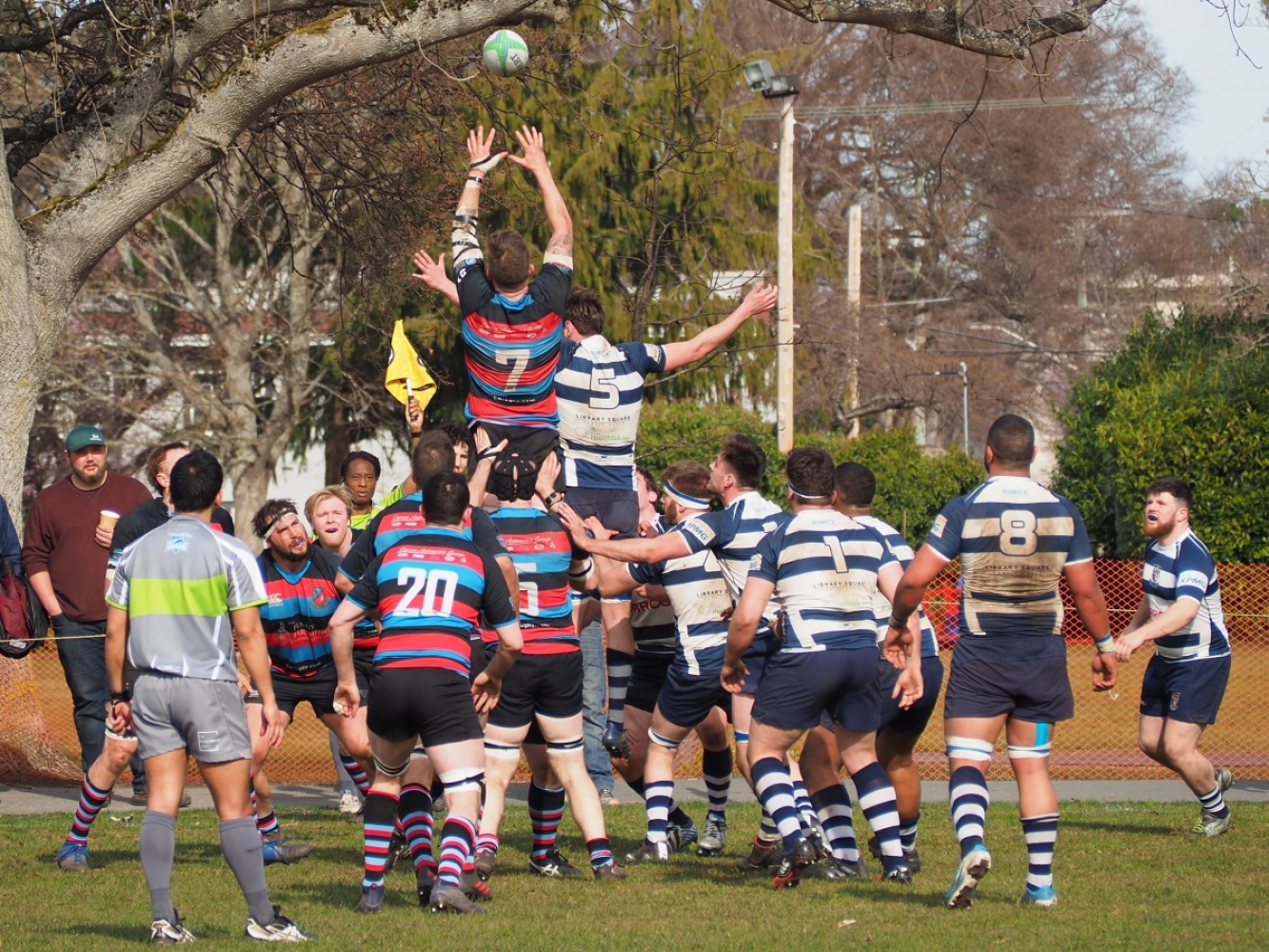 Speaking with a few knowledgeable (CW) friends this week (some might opine, "oxymoronic") about the outcome of the Premier semi on Saturday and all reckoned it would be a CW win, given the “Points For” discrepancy between the teams.  CW, having scored 652 to Burnaby’s 505, is indeed, a notable difference.  This fact made the writer dig a little deeper into the numbers.  CW averaged 40.8 “For” and 21.3 “Against”, whilst Burnaby averaged 31.5 “For” and 20.5 “Against” during the season.  On the surface, advantage CW.  The only problem is that Burnaby dispatched CW at Windsor, 40 – 33!  Another stat that weighs heavily in Burnaby’s favour is the fact that they have won 7/8 games at home, averaging 38 points “for” their wins.  There is no doubt CW can post points and this was emphasized in spades last weekend against UVic.  Burnaby, healthy after a week’s R & R will be a different proposition and all factors point to them being a justifiable favourite.

I am not sure what I would speculate to be an “over/under” score, although I would bet under 70, as I suspect that defence will play a much greater role than their last contest.  With Burnaby being the home town team, the travel factor is always worth five points and maybe this would be the “line”.  Always the punter, I would have no trouble taking five start however, in reality the teams are “even money” with the winner going on, the loser ruing what might have been, with both teams having had recent post mortems on the latter outcome at this time of year.

Burnaby have plenty of big guns, Captain, and loosie, O’Toole, tight head, Worden and Vikilani in the loose, being such gunners.  Watkins has shown CW his wares and MacLaine in the centres and McQueen at fullback round out a six pack of big guns.  With four “labelled” Internationals, a resurgence of the Pacific Pride program will not hurt this club.  CW does not come up short with guns of its own.  In the pack, Woolridge, Chisholm and Dawe did not start in the Windsor loss, nor did Morra and Schellenberger.  Both benches look deep.  In conclusion, it’s a pity we could not get more of The Faithful across the pond to support the boys, for the Lake can be a hostile environment, severely heightened at a sudden-death playoff time!  To The Chaps – the best, giver ‘ell, you good things!

Meanwhile, across town our Women’s Prems will be battling Capilanos.  It is with apology that I cannot write as “knowledgably” (some would laugh), about the CW vs Capilanos contest at Klahanie.  The home team must always go into a semi-final as the favourite, the difference being that on this occasion, CW has not lost either of their matches against Capilano, this season, winning away, 41 – 36 and at home, 39 – 19.  This being said, it is far from a foregone conclusion. The ladies will need to make up for the absence of MVP and “Barbarian”, Julia Folk, for one.  The BCRU in its wisdom has also deemed that Sabrina Poulin and Emily Belchos have not made the qualifying standards in terms of games played.  Much will be placed on the broad shoulders of Captain, Amy Hawkins, MVP, Ada Okonkwo, Jen Appleby, Rosie Lang and Chanelle Edwards in the forwards.  Sargent has been slotted back to #9 and will link with Bazian at first five, a starting role that Brooke is not unaccustomed to, with the remainder of the backs looking to be a strong selection.  With the likes of the experienced Riordan, Eriksson and Pedrick on the pines, there will be plenty of energy to infuse.  Go, you beauties.