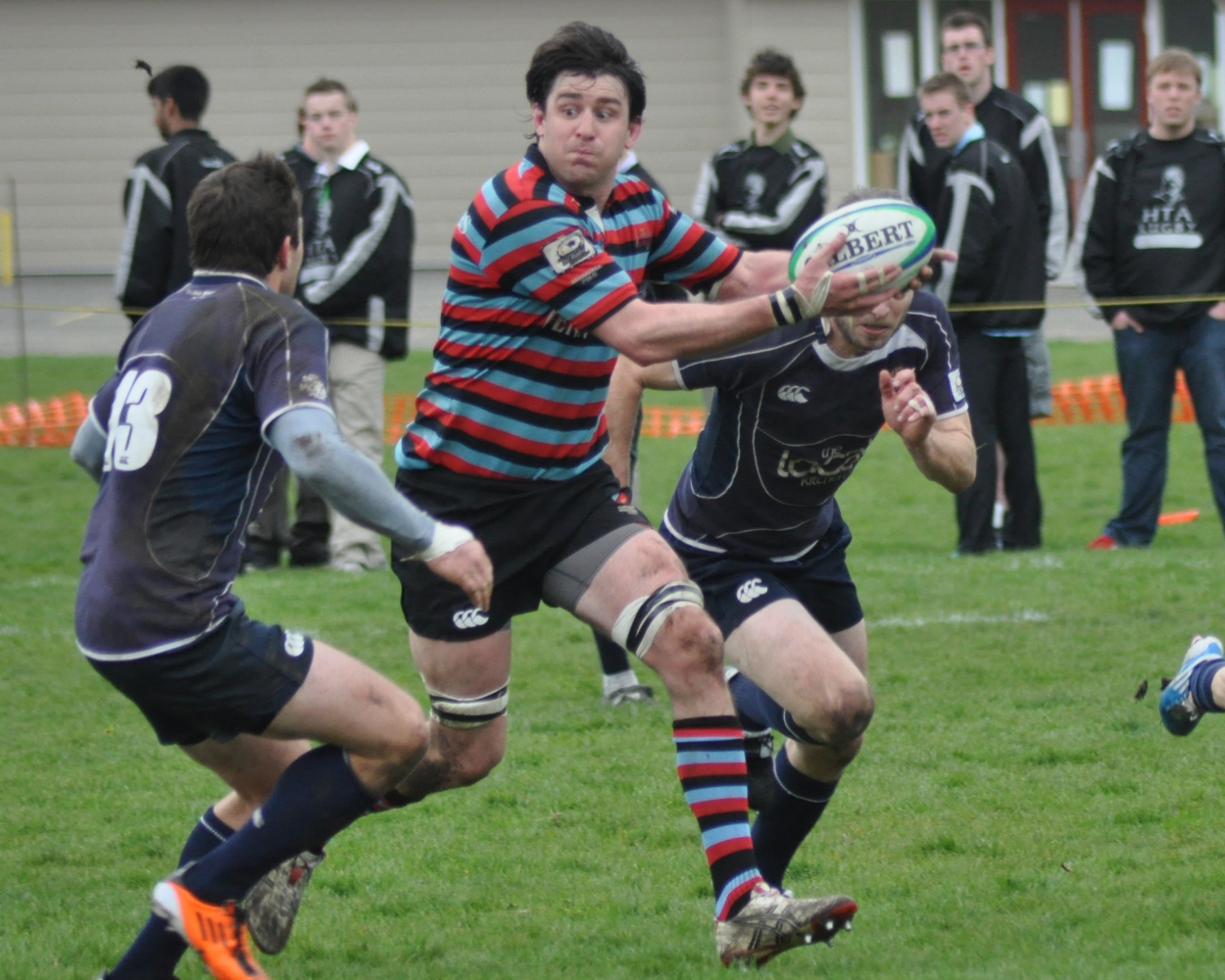 CW Board has selected a new Head Coach to replace Scott Manning.  Most readers will know by now that Scott has moved “back” to UVic to head up the University program.  Today the club would like to congratulate Ken Goodland who has been appointed to take on the coaching position.  Ken has been a mainstay around The Tricolours since the early 2000’s.  Ken was a “founding member” of David Clarke’s very successful Pacific Pride program back in 1996-98, playing with such notables who contributed greatly to Canadian rugby, John Tait, Morgan and Jeff Williams, Danny Baugh and CW’s Chris May who captained this group.  As a player, his bag of tricks and talent was plentiful, be it ball handling, running skills, support lines, offloads, a mean tackle or scavenging on the deck.  He led by example.  Although he tried so hard, his mastery of the grubber kick, both its execution and timing often fell short of his other, very high benchmarks.  (This is mentioned for some much-loved, on-going banter between Ken and this pundit!)

Ken came west from Newfoundland at the call from Brent Johnston whose keen eye seldom misses a trick and has never looked back in terms of both his rugby career and life. He is married to Lauren and they have two lovely children, Cian and Finola.  Hats off to Ken’s wife, Lauren, who has supported Ken along the way with his pursuit of excellence with the game of rugby.  Ken immediately stood out with the Pride under Clarkie’s tutelage and it was shortly after completing this program that Rugby Canada recognised his talent and he was selected for the NSMT 7’s in 2003 and this was followed with a cap earned with NSMT’s XV’s in 2005.

Ken is well-experienced with the unique challenges that coaching club rugby presents.  He has served both a lengthy coaching apprenticeship as well, leading and acting as an equal with a number of quality and experienced, CW Head Coaches.  The names of player coach, the late, Gerald Steenkamp; Lee Lindwall; Ian Hyde-Lay and Scott are the sum of those seasons.  Rugby Canada recently recognised Ken’s value once again and from 2015 – 2018 he served as a scout for talent i.d. and player development both with youth and senior men.  During this time he also worked with Head Coach of the Men’s U20 program, Jeff Williams.  Ken will be a popular choice amongst the players and his knowledge of BC rugby and its clubs will be invaluable.  The club will support Ken 100% and he gets the well-wishes of us all.  ‘onya, Kenny.