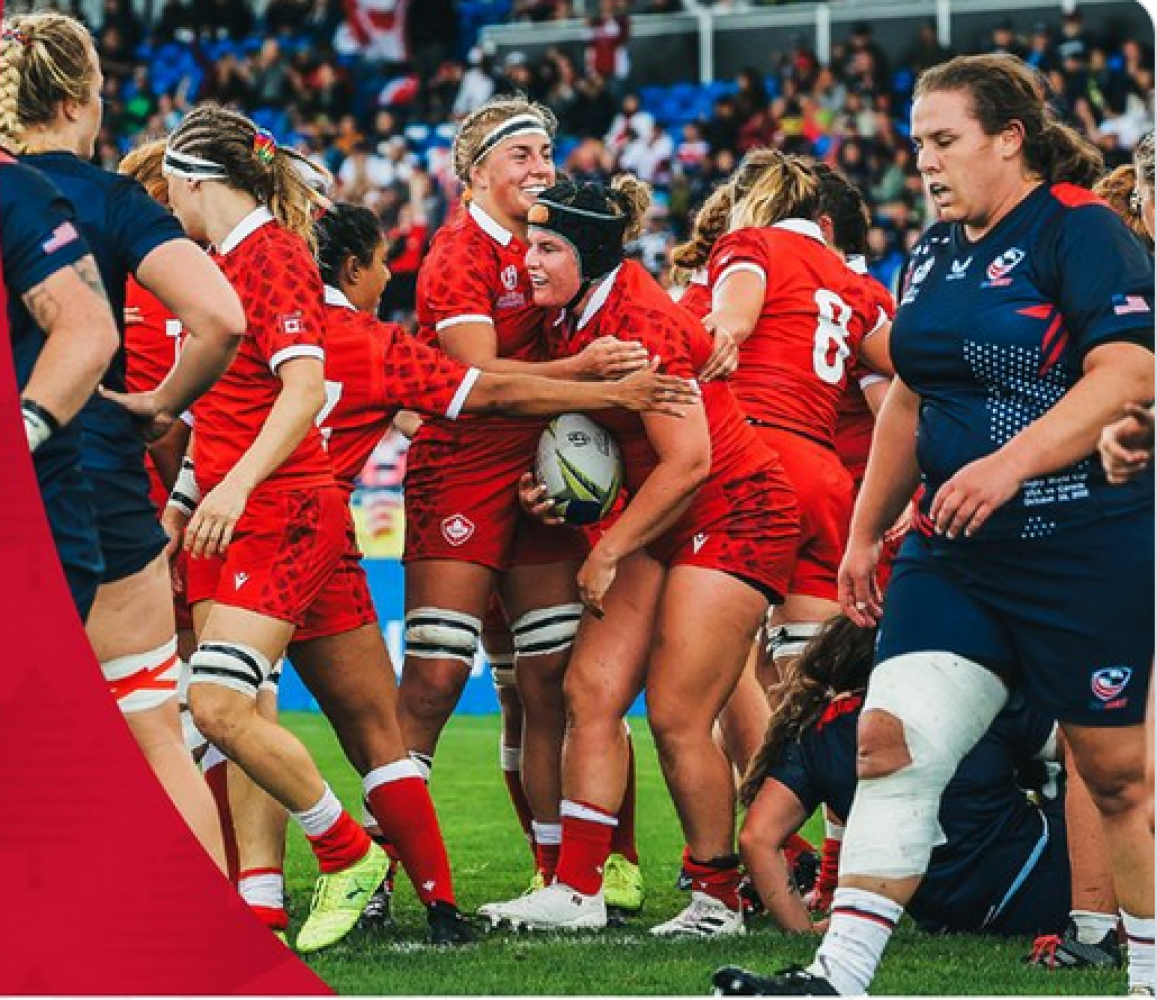 This site’s pre-game credit to Karen Paquin, foreshadowed yet another fantastic game from this lady. Sophie de Goede led, once again by example, and was an inspiration to her teammates who all played very well.  Paquin was Player-of-the-Match and others who stood out for this pundit were Farries and Alarie in the backs and in the forwards, one could “throw a blanket” over the pack. Late-game substitutions saw Gabby Senft and Pam Buisa, known around CW for their sporting of the Tricolour, get some field time. Best of luck to the team next weekend for their match against England. One post-match comment relates to the number of times that the TMO either “cut-in” or was asked to assist. It was very pedantic and really slowed down the action.


Across the pond, where CW travelled to take on Meralomas, it was not a good day for the Visitors. The Divvies (Prem Reserves), succumbed to an eleven try barrage without response.  The Premiers had a closer result, 19 – 31 with a reported, flourish at the finish. This blogger has not been privy to any specifics, so it will be another kick at the cat this Saturday when Vancouver Rowing Club visit the House of Windsor.