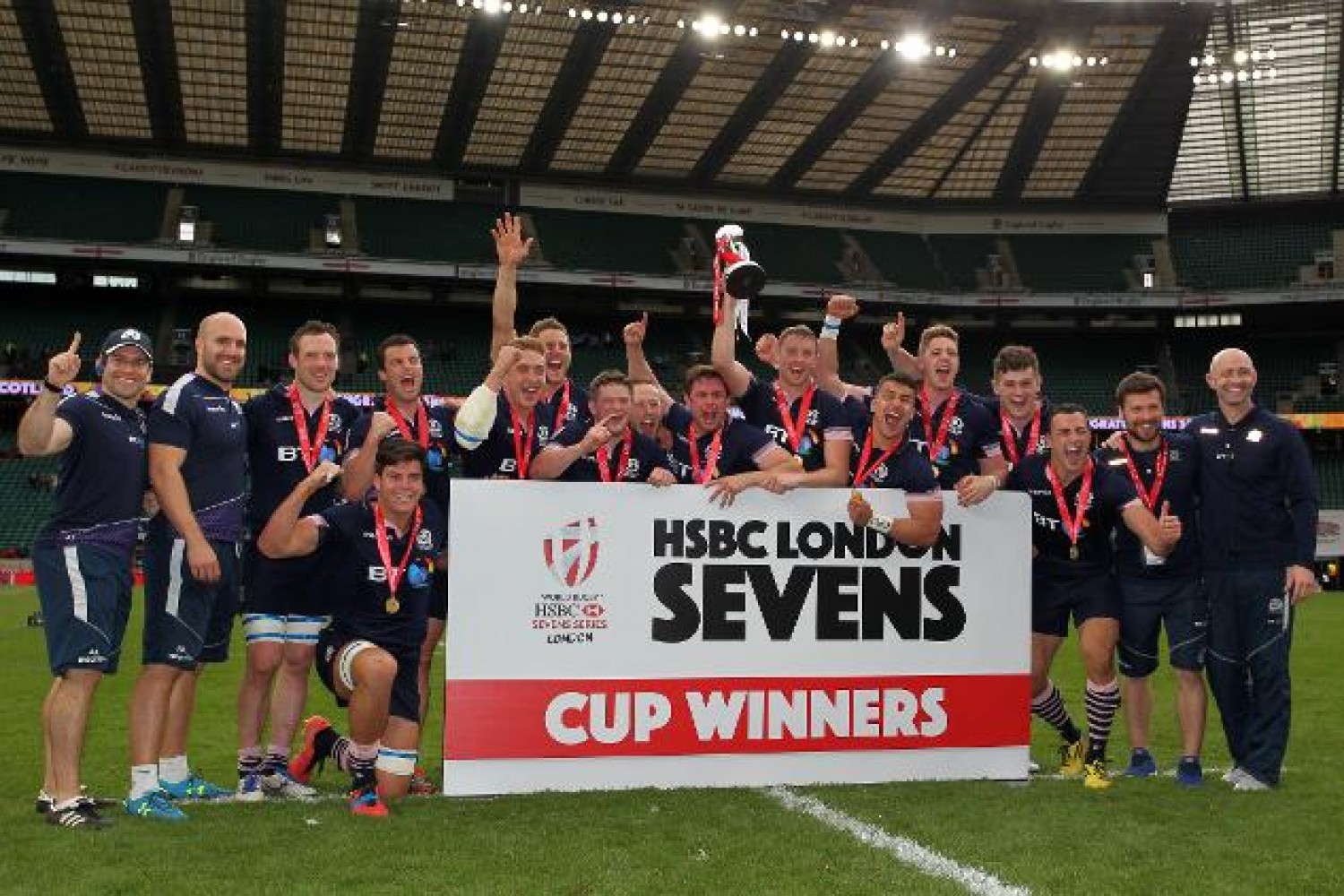 This site must give the brave Scots a HUGE shout out after they came from behind to score their winning try over RSA in "no time" and a 27 - 26 victory.  This match for the second Final in a row was all that is magical about the game of sevens.  A #11 ranked team beating the #2 ranked team, epitomised the work of the improving Scottish side.  Their last couple of tournaments have seen them on the up and up and today, they were great value for the W. The U.S. also gave notice to their recent rise being no fluke and to beat, admittedly, a "flat" Fijian side, without Test and Isles was no mean feat, this coming after a 42 - 14, led by four tries by the flamboyant Baker, victory over N.Z.

One might well deduct, that it was no coincidence to see a healthy Phil Mack back and Canada's fortunes rise. This being said, the Welsh again proved a nemesis as the boys sought to get to to the dias.  Canada has managed to remain in the "core group" but it was no great shakes as they ended in 13th place, a solid 14 points behind Wales.  After moments of briliance on day #1, witness the match that should/could have been won vs U.S., to again failing to close out a match they had by the throttle of the neck at the half, continues to be worrying.  Whether or not Hirayama can be back in ten weeks is also a question.

In summary, I don't think that I have ever really understood the massive effort the players actually put into it, until I saw the Scottish resurgence. There is no doubt that in any given game, pretty much, within the top10/12 teams, anything can happen.  Canada seems to have marginally slipped out of this group.  It was great to see Jones back, Trainor had a good outing and he was sorely missed against Wales, Mack can certainly still conjure magic and Moonlight is amongst the top echelon of Sevens players and Douglas, Fuli, White, et al can be relied on but the focus on the plot for the full fourteen minutes by all seven on the field and  as well as the bench, so that substitution is seemless is absolutely essential and each player does need to provide their own spark of magic, such as the amazing one-handed snag by Zaruba in Paris. I believe the ingredients are present to qualify but the elixer needs a potion of something that seems to be missing if it is to come to pass.  This writer wishes the program the best of luck over the next five weeks, heading to Monaco.