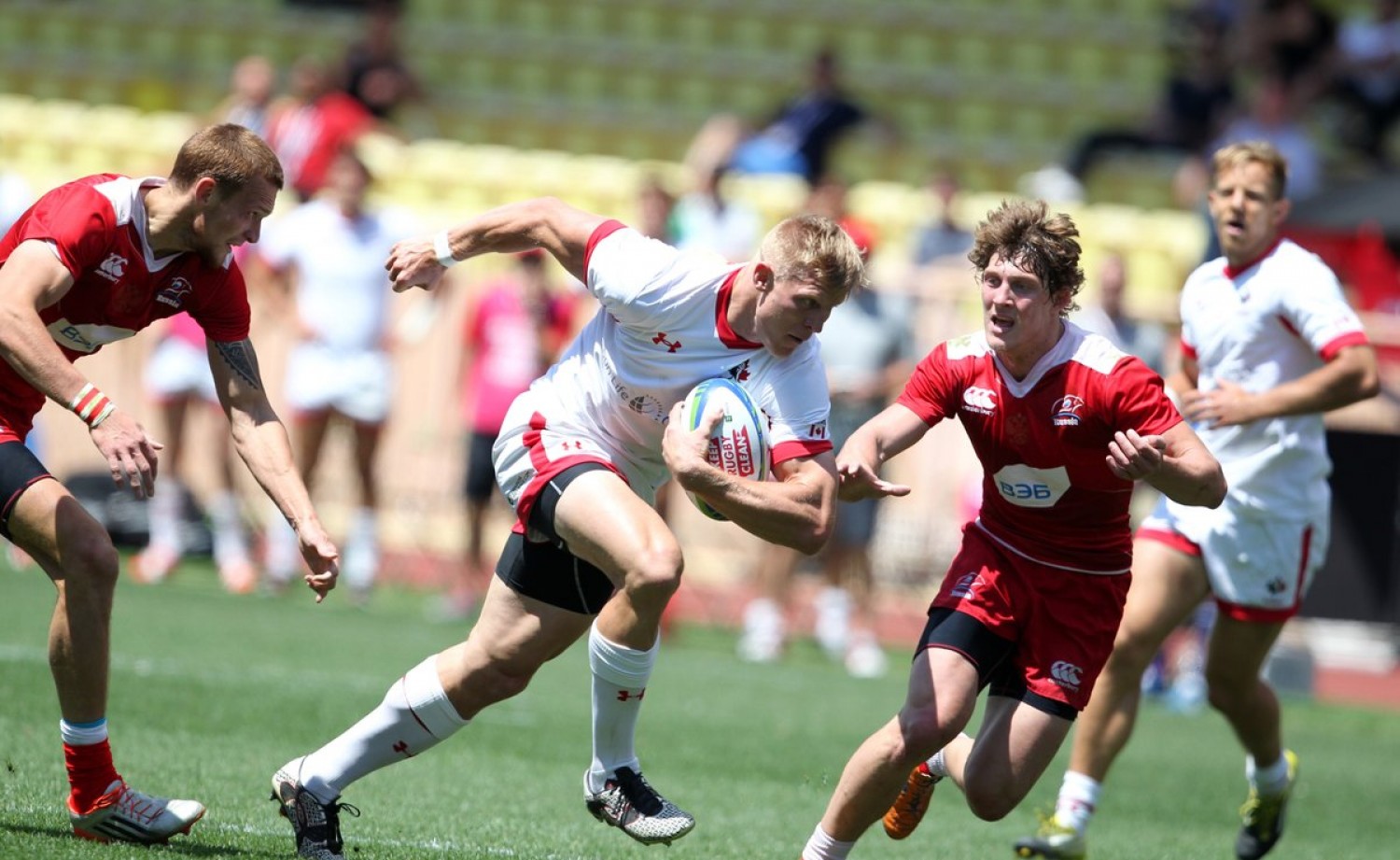 Spain, a country that failed to qualify for the RWC Sevens circuit for the 2016/17 season and in fact has not been a regular member of “the show” for two years, has won the Repecharge and will be off to the Rio Olympics. Arguably, the slightly better side in the Final, they nipped Samoa with no ticks on the clock, 22 – 19. Canada had already finished their day, ending up fifth after two bitter losses to Germany, 19 – 21 and Russia, 12 – 14. There is really not much one can add but the most sincere condolences and sadness for the players. To Moonlight and Mack especially who have given the campaign their all, Jones and Hirayama who may be around for another crack or a run at some XV’s and all of the team, CW’s tears are with you at this time. On behalf of all Canadian rugby fans, our THANKS for your efforts and you have left a proud legacy to pass the torch on for the future.

On the XV’s front, Canada easily handled a lack-lustre Russian side in front of an excellent crowd in Calgary, 46 – 22.  In fact, with about twenty minutes remaining it was 43 – 7. McRorie responded to some doubt, scoring 26 points and taking his chances well. Much fun was had by all and DJ Sears again showed considerable talent in the loose and a much higher work rate all round than perhaps observed on prior occasions. Captain Cudmore was very good and Barkwill and Ilnicki put in a good afternoon.  Hats off to Olmstead who toiled for 77 minutes and Carpenter who continues to give Canadian rugby stellar service.  In the backs, Paris was very visible and it is to be hoped he will be fit for next weekend’s encounter, although Wilson-Ross wasted no time in showing he wants to be part of the picture. I thought Zac Samson was the pick of the rest, although Evans was a handful when he had the chance.  So, all in all, a good show.  Next up is #14, Italy in Toronto next weekend. The Azurri nipped the U.S.A., 24 – 20 yesterday.