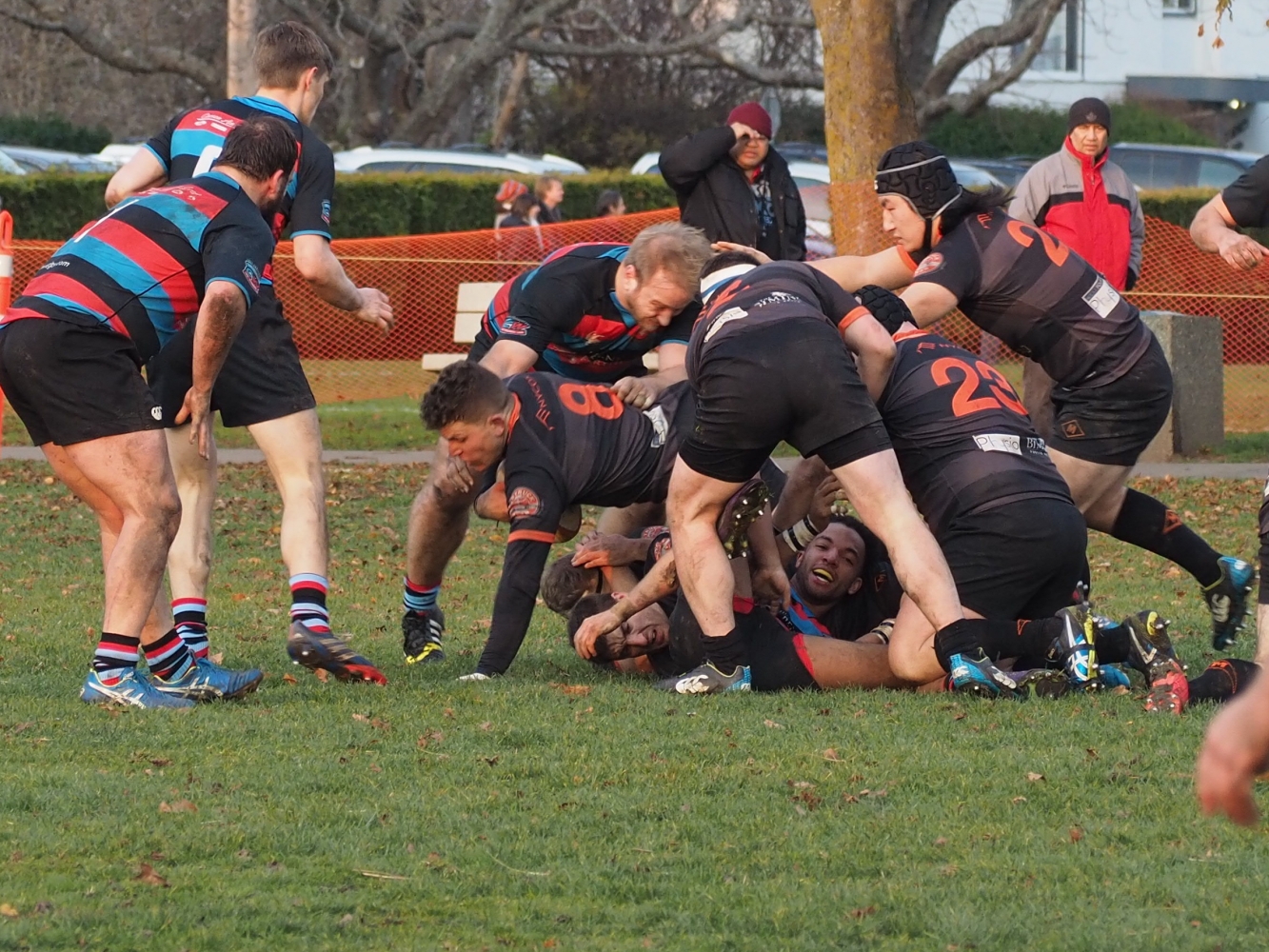 The Magician finds something amusing!

This pundit was doing too much grieving to be doing any musing on Monday last!  Last weekend was yet another tedious experience for any Canadian rugby fan.  There were many aspects of the game against the U.S. that may have been deemed as improvements and things to “build on” but how much can the fans and the players take?  One’s support was sorely tested as the boys tried so hard to make things happen and naught but error was the outcome.  The coach, postgame, described things as being “soft” and “daft” penalties and errors and I might add skills and decisions, almost as if, the harder they tried, the more matters went awry.

The desperate desire to get the ball over the line, saw the daft decision to keep it alive as one was being pushed out of bounds, only for the ball go into the hands of an opponent!  Then there was the daft decision after solid attack with phases, to forego patience and grubber for an open space in the red zone – team mate unawares, ball to opponent; then there was the well thought-out kick to space, only for the elements and fate to play a role, with the ball being blown ‘dead’ and some eighty meters of territory “lost”!  The coach summed it up with the U.S. making fewer errors and capitalizing more effectively on Canadian errors.  Jones went on to single out Campbell, on debut, Barkwill, Blevins, Rumball and Mack as his solid players on the day, to which I must add DTH whose play was tireless and inspiring, always looking to create.

In conclusion, I visited the RC website to see the support crew for the NSMT – a cast of ten plus at least one “parachuted” in for the match.  This is not uncommon and probably fewer than most countries.  I would suggest that the addition of a psychologist/psychiatrist would not be out of order!  A win over visiting Brazil on Saturday at Westhills would be a good salve to help climb out of the mire in which they find themselves currently embedded.  Go, you good things. It is to be hoped CW fans support in numbers.

Saturday will see The Tricolour on the road to Connaught to play a cheeky Meraloma which has proven a challenging opponent on home soil this season.  The CW selection will be very reliant on players keeping the system and playing up with confidence if they are to retain their current spot on the ladder.  We have seen many upsets this season in the Premier League and the boys will need absolute focus for the full eighty to come home with a “W”.  The Divvies will also have a massive challenge on their hands with a number of players promoted for Premier duty and being up against a team with a 10 – 4 record.  Readers will be updated with the announcement of selections.

FOOTNOTE:  We have noted some wonderful tributes to Burge on RC website; in the local Times Colonist news; on various Facebook sites, over the past few days.  Keep your eye on this site for news regarding Don’s memorial in April. Thanks for the memories, Burge.