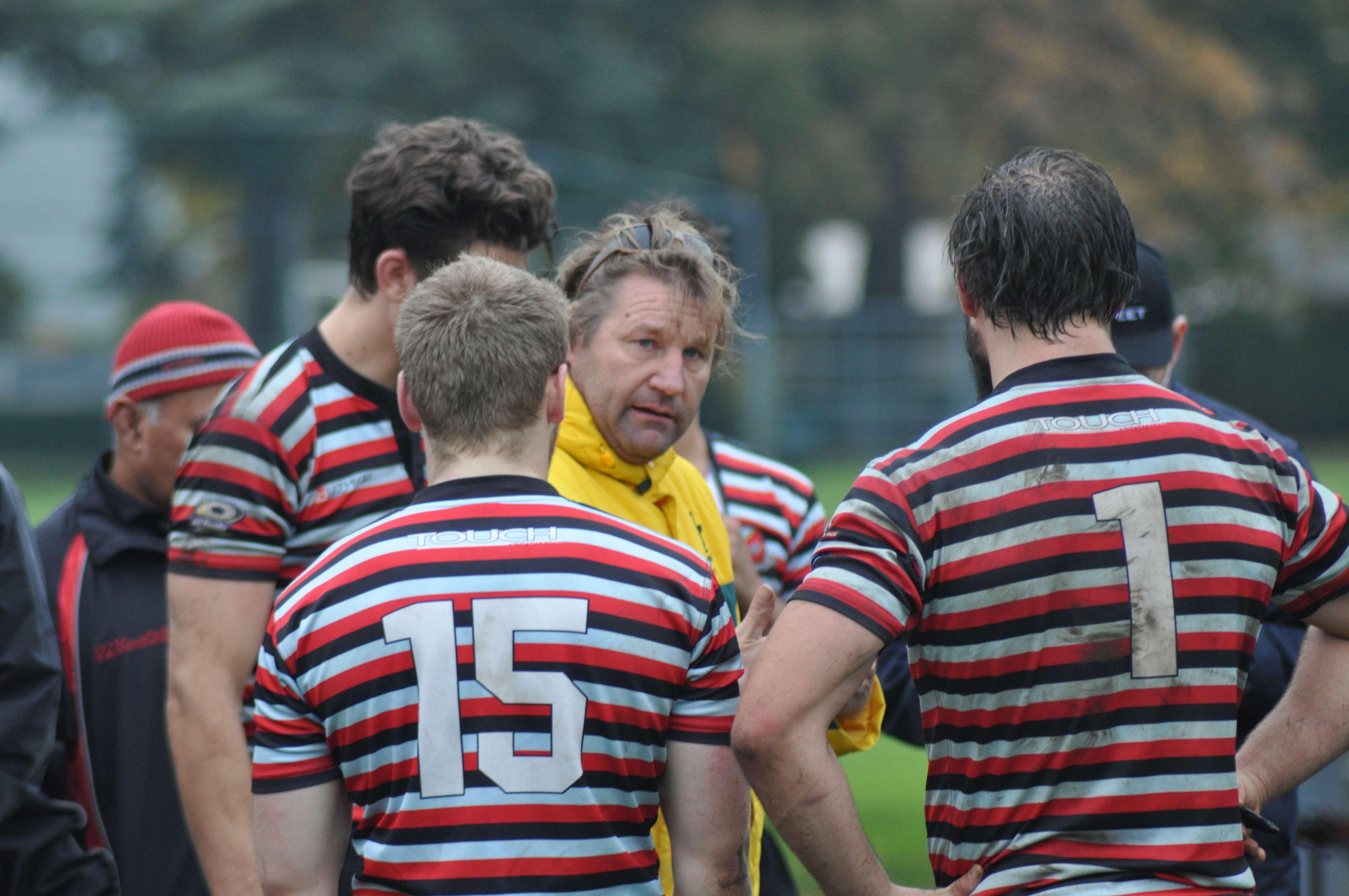 It has been some time since we did an “in depth” of an on field/off field, CW personality. Lee Lindwall, a modest man, insisted we not use the term “Hero” but it is a fitting term for those we recognize as club heroes for so unflinchingly giving of their time and expertise as players or supporters of one form or another.

CW: What is your rugby background as a player and coach?

LL: I started playing rugby at the age of six, playing for Redcliff in Brisbane, a club I stayed with as I moved through the grades to seniors. This rugby was the 13-aside, League code. Lee pondered; “Probably my playing career peaked in 1987-88 when I played 1st Grade for Brisbane Brothers”. In 1988 the NRL formed and so too, did the Brisbane Broncos and Lee decided to focus more on his “life’s future”, earning a scholarship to Griffith University where he studied to become a Manual Arts (Shop) teacher. To this point, Lee had only played a few games of Union during years when anyone playing League for a club outside of school “was snubbed” for selection in a school Union team. After a few years of teaching in Brisbane, Lee moved to Sydney, landing a teaching position at the storied, Sydney Boys High School, the only “public” school given the honour of competing in the exclusive GPS (private schools) League. The demographics and history of Sydney’s High Schools and Club rugby could easily take up an epistle of its own! At Sydney Boys High, Lee worked his way from the U16’s to defensive coach with the 1sts and 2nds, eventually co-coaching the School’s 1st XV. [I will editorialize here and suggest that this was a highly motivating and successful experience.] Lee worked his way through coaching certification, achieving the ARU Level II certificate. Since Lee has been with CW, he has completed his IRB Level 3 certification.

CW: When did you first come to Canada?

LL: The two questions overlap somewhat. I first came to Canada in April, 2003, supposedly on a six month holiday and “look around”. I took up a coaching offer from the Saskatoon Wild Oats (the Home of Hubert) and by the end of the season I found myself as Technical Director and YDO for the S.R.U. and the six months, long gone! I held this position from February 2004 until September, 2006. During this time we took Saskatchewan U20’s to two National Super League silver medals, although being summarily thumped by Ontario! Players with this group of note; “DeeT” Van Der Merwe and “Yak” Dala.

CW: So, how did you get connected with CW?

LL: Well, I came here on the same path as many others, starting with a phone call from Johnno, asking if I would like to come and help with coaching. Spencer was Head Coach, with help from Mayzer and Bailey and Noah had The Ones. I suspect that no one knew of my arrival nor my role! It was serendipitous as luck would have it, when Spencer was diagnosed with his serious health concern and Chris and I held the fort. The 2007-2008 season was when I was tenured as Head Coach. It was a RWC year, somewhat akin to this season and we started off without the services of many players. Despite relegation looming large, the players mustered some mighty efforts and with the eventual return of some players, we managed a creditable third place, losing to Lomas in the semis. I remember the day the pavilion opened. In front of a large crowd and strong kicking by J ‘Skins’ Graf, we managed to defeat JBAA. I remember the headline of the Oak Bay News; “Caterwauling from New Pavilion Upsets Neighbourhood”. Since that day, the new pavilion and CW rugby has become an integral and important part of the community.

CW: What are some of your highlights with the club?

LL: The Opening Day was a classic. Of course the 2011 Championship was a highlight but we were very dominant that year and were confident and quietly expected to win. The 2012 Ceilih’s Cup was a memorable day for me. The guys who played in The Ones that year really deserved the win. It was for me, the “every day club guy” who trains all year, rain or shine and asks for nothing in return apart from the enjoyment of playing with and for his mates. We played some terrific rugby that year and our tussles with the Caps being every bit as good as a top level Premier game.

CW: What are the strengths you see with our club, on and off the field?

LL: I feel extremely fortunate to be involved with CW. I think it is the genuine family atmosphere which is the club’s strength both on and off the field. It is always a joy to see the players’ spouses enjoying the games with their little ones. It is wonderful to see the family grow and the smiles of the kids is just a delight.

I really think the down turn in the economy has affected the development rugby in B.C. It is a factor which seems to be overlooked by many. The increased cost of living means those involved with the game need to spend more time trying to pay the bills. The traditional Tuesday/ Thursday/ Saturday commitment is becoming unattainable.  The type of work players have has changed, at least on the island, with many players working nights and weekends to make ends meet. This means less time to attend practice or games. It also means players are leaving to earn a living in other provinces. There exists a dichotomy between the level of commitment required in order to play rugby at our expected level of skill, and the time available which players can commit. I feel B.C. is overstressing a meager resource.  Watching the advancement of U.S. rugby, in particular the Seattle Club with the availability of full time athletes is not unexpected and moving forward is something of a concern to Canadian Rugby.

The club I had my best years of playing with, is no longer in existence. It and many others were swallowed up and destroyed with the advent of the NRL. A history lesson I would not like to repeat for CW. If I had a wish for CW Rugby it would be that the club have the forethought and resource base in order to lead the revolution in the sport, I would love CW to be at the forefront of innovation and a strength for the next generation.

Lee’s time with The Tricolors has seen him involved in a number of coaching models – co-coach; head coach; and currently, coach consortium, a state of affairs assessed by the Executive out of necessity, with no one person being in the position of being able to give enough time to be the lead role. He has worked with Hydes, Spenny, Mayzer, Noah, Ken, Rogie, Maestro, Tieds and Bailey, a group of strong personalities, devising ways to get the best from the boys and to determine the best strategies to implement their talents. In summary, Lee is never short on passion or emotion, qualities which may agitate or motivate a player. His loyalty, consistency and love for CW, a cause he has unflinchingly given of his time for the past eight years, cannot be questioned by anyone. We also congratulate Lee on his recent completion of Citizenship requirements. ‘Onya, Lee and THANKS!