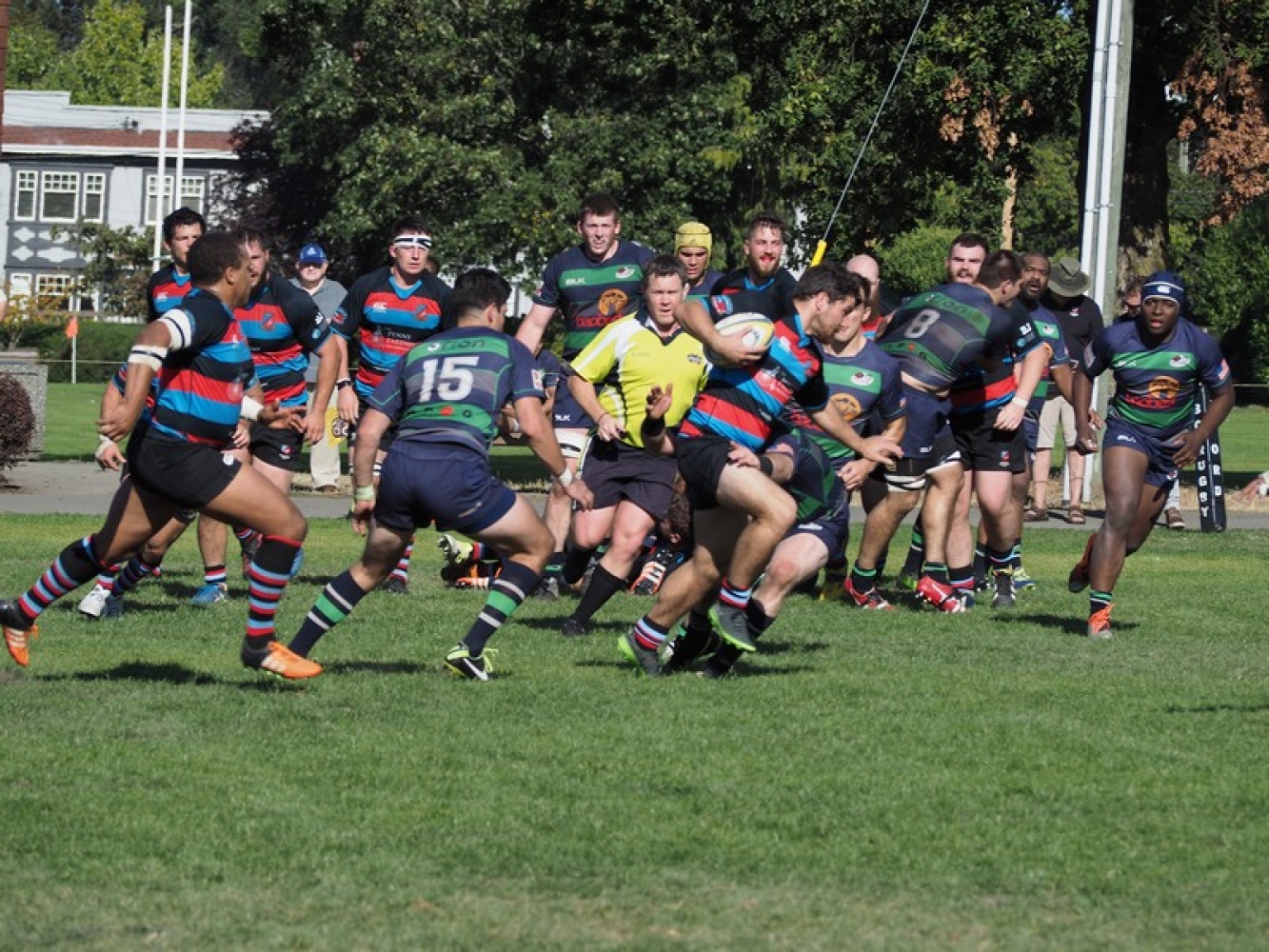 This week we welcome and thank the return of The Sage to recount events at the House of Windsor last Saturday.

CW welcomed Seattle; two men's teams to Windsor Sept 23, 2017. The rugby on display, at a point early in the season, offered up some exciting play and a number of miscues. This being said, it was more than entertaining enough with the hosts finishing with two bonus point victories.

The Men's Premier Reserves match resulted in several tries by CW for a sizeable win over the American visitors. The locals featured many newcomers. David Keta and Guillaume Caillaux with three tries each, showed well on the day and will be pressing for Premier spots in the near future.

For the Premier squad (31 CW 14 Seattle at the half; 62 CW 21 Seattle final), the game was played at a good pace with both tight and wide play on display. With the withdrawal of Chisholm and Dobravsky pre-match, the local fans were a little edgy as to how the packs might match up. With the initials, "DJ" imprinted on the sleeves of all CW Premier jerseys in honour of recently passed, Dylan "Diesel" Jones, the lads put together another impressive early season display. Despite a Seattle try scored quickly following the opening kickoff, due to poor defensive decision making, there was no panic shown by CW. And "match up" the forwards more than did! The centre pairing of Fraser and Adibe was a handful for the visitors. There will be much more excitement to come in the backs, is the prediction from this pundit. The set scrummaging was solid all day and a source of attack for CW. The lineouts started rather shakily but improved as the match progressed. Lineout play raised a few eyebrows when a penalty near the red zone resulted in a line out choice, rather than scrum, The Tricolours failing to produce the ball confirmed the arched brows! Kick-off restarts were similarly shaky on occasion but later in the match settled down for more dependable results.

All of the aforementioned seems to be further examples of early season nerves and communication amongst new player combinations, as part of the puzzle in a style of fast, upbeat play that CW is seeking to put a stamp on. Development of a CW-style has been the coaching emphasis, providing a positive base. This will require opposing teams needing to match CW rather than vice versa - a very positive spin on the game. Riley DiNardo is leading that charge and on several occasions on this day, either broke the defensive line himself or set others free into open field. His good day culminated in an acrobatic ‘somersault try’ which added to a growing second half score line. Conor Pullin, on debut, entered the fray toward the end of the second half and was able to use his smarts and power to score a brace of tries from his centre position in jig order. There will be much more to come from this player. Schellenberger shook off last game's malaise, stepping up at #15, covering the field all day as well as taking down some Saracens considerably larger than himself. Others to chip in on the scoring parade were; Polson, Stewart, Vataiki, Logan, Povey, Adibe, DiNardo and Newhook - ten in total, with the Ice Man adding six converts.

Seattle did not shirk from a task that increased with difficulty as the afternoon wore on. The competition at contact and aggression by some big lads up front, was pronounced and there was skill and pace out wide that was snuffed by stout defence. It will be of great interest to follow professional developments down south, yet another attempt at pro-rugby with the advent of The Seattle Seawolves, with UBC’s Curry Hitchborn at the helm. This program was rumoured at the weekend to have already taken at least three Premier players from the Seattle program.

This report concludes with a thanks to the officiating crews on the day for these three matches at Windsor and thanks to our opposition for some enjoyable rugby.

(Ed. And a HUGE shout of thanks to Wendy Norman and Craig Thornber who stepped into the massive void left by Ron Willems. Their game photos can be viewed HERE.) Next up – Westshore Rugby FC for four matches at the House of Windsor next Saturday.

The spirit of Dylan lives on.
Post game interview with Scott