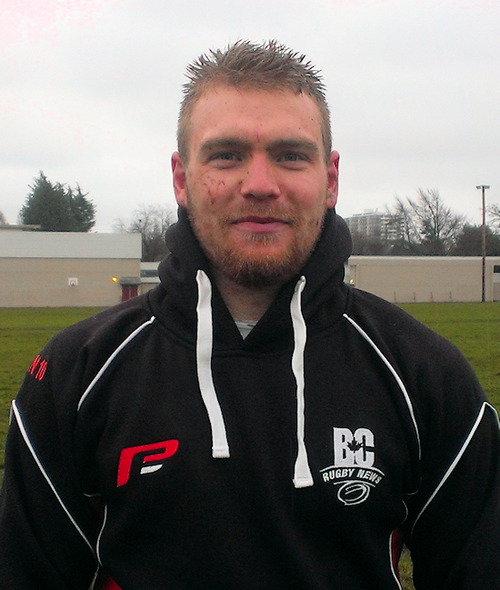 As the weather worsened at The Mac, things looked better for the Visitors who fielded a very strong pack, the best on paper, so far this season.  The Maestro had withdrawn due to injury and Ciaran Hearn moved to the #10 spot.  We are lucky at CW to have seen the huge growth as a player and leader, of this man over some five seasons. Ciaran has developed into a confident and skilled legit world class player.  The game started with the CW pack grinding away and earning the opening three points.  Young MacPherson at #9 had his job made easy with so many willing runners who went to the breakdown with support, ensuring retention.  CW’s hands, under the conditions were sound and the ball went through three pairs before springing the speedy Horton for the first tally, 8 – 0.  The pressure of the experienced and much bigger pack paid dividends when Hearn stroked yet another trey.  Pressure at the scrimmage saw a collapsed JBA scrum and three more points for CW.

Meeres then showed a burst which rejuvenated the Bays and he was ankle-tapped by his “hooded” Kiwi counterpart, Northcott who had a standout game but Braid was able to stroke first points soon after from the good field position.  Next on display was a wonderful piece of one-two interpassing from two National Team players, Braid and White who went some eighty meters to score after a careless CW offside penalty.  To add insult, Braid converted for a close 10 – 14 score line.  On this day, James Bay could not afford to lapse, a mistake sometimes made by The Tricolors, as mere moments later, Horton alertly picked off a sloppy pass from Braid to waltz some 35m under the posts.  The Bear did pressure again and a penalty attempt was missed to leave the interval score at 21 – 10 for Ceedub.

Captain Tieds, who gave arguably, his finest forty minutes as a Tricolor, left the contest at the half with an injury and was replaced by Middleton.  The second stanza opened with a strong thirty meter, CW maul and Horton almost galloped away again, only to see the try line before the ball!  The Bays spent considerable time in the wrong end of the field, particularly as CW slogged “uphill” in what was becoming a muddy pitch and numbers being impossible to discern.  This being said, it was Meeres who again raised the alarm only to be stopped with a fantastic cover defense tackle from Dingwall.  This momentum continued and resulted in a CW handling error and Braid put CW to the sword.  The Blue forwards gave good value only to knock on over the line.  The subsequent scrum was won by CW but a miscommunication saw slow ball come to Hearn and his clearing kick blocked by an alert Slavic.  Oddly enough, Braid missed an easy convert, an opportunity for a vital bonus point and put the game up for grabs.

Despite a few JBAA errors late in the game and the CW forwards drawing the shutters, the feisty Dalziel made his first dangerous thrust for the day and fed a full ahead Braid.  CW looked a little tired in the late stages but hung on for the convincing, well-earned win. It must be noted that the W gave CW fans the opportunity of some rare jubilation at MacDonald Park, although just how boring is the resounding “cheaters”?

Under the conditions, it was a well played, relatively penalty free contest, so hats off to the officiating trio and to the players from both teams.  For James Bay, this pundit thought #8, White had a good game and he just never stopped working. Apart from Braid and the odd flash from Sean White, there was not a lot to sing about. Their pack did stick to their job against solid opposition and will be the better for it.

For CW, there were many who stood out. I liked Keogh best in the pack; it must have been a good feeling for him to have more support around. Phelan was also very good. Plaudits to all nine on the day, they played as a pack, their handling was commendable.  In the backs, a good game from MacPherson with only a handful of errors, difficult on a day when he had heaps to do, I like the odd break, as he has a good turn of pace.  As mentioned, Hearn was the lynchpin.  Henderson, on debut looked good, Bucks was his usual, consistent self and took over the captaincy admirably. Horton, Morris and Northcott were all dangerous and defended stoutly.

So, it’s next week and Rowers at The Park…should be a good outing for fans, as Rowers from all reports, are the real deal.  See you there!