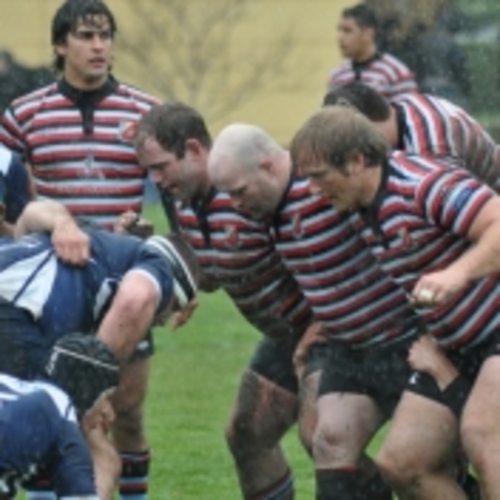 Barkwill & Woolridge pack down in another uni.  Both men will be on the pitch today at some stage against Ireland and we wish them well.  News of note overnight saw the U.S. put in a pretty lethargic display in losing to the Kingdom of Tonga ("all glory to God") by a scoreline of 18 - 9.  Tonga placed 12th and U.S. placed 17th in world rankings really looked that different throughout.  A lack of chemistry and energy, along with poor set scrummaging and handling from the hosts must be a cause for concern as they head out to Japan, seated at the bottom of the Pacific Cup table.

The news from Japan overnight was startling in that the Cherry Blossoms won their first ever match against Wales by a huge scoreline of 28 - 3!  This will certainly make the U.S. and Canada uneasy, after what had been a somewhat lackadaisical appearance in earlier losses to Fiji and Tonga.  So, we look forward to the chance that Canada can mirror such an upset, later on this day.  Kenny has managed barbies and the club will open earlier with hot dogs and hamburgers on the barbie, 3:30 onwards.  GO, CANADA, GO!