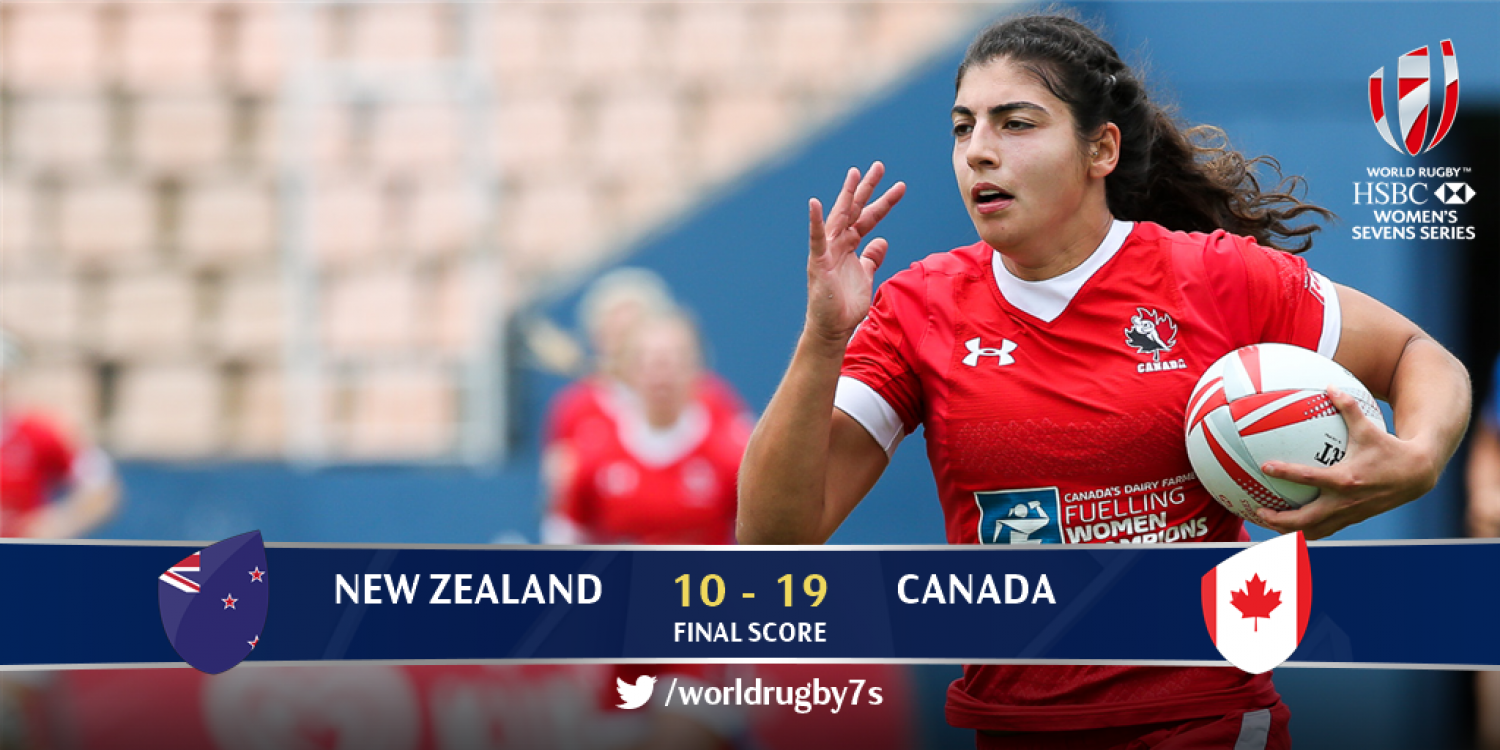 Doff of The Ruggernut's cap to Canada NSWT Sevens, Runners-Up @ Brazil and they moved into second place, tied with N.Z. after two rounds of IRB play.  The Aussies must have realised they got a "get out of jail" card in pool play against Canada. No doubt, having taken serious food for thought from the Canada/N.Z. semi, they were full on, all business in the final.  From the two series so far, Australia are the thoroughbreds but we look back merely a year ago and N.Z. was untouchable. Sevens is all about pace and Australia's introduction of Ellia Green has been the shot in the arm they needed to get over the hump. Their defense in the final was also very, very good.  So for the women, it's back to the training pitch for a month and then off to Atlanta.  The finals being games of twenty minutes vs fourteen, are vastly different affairs and it seems a team needs to experience what is necessary before taking the prize.  Today, Australia knew exactly that and applied the pressure suitably. Atlanta will be  followed immediately by LANGFORD - and a full house which will definitely embarass a very sparse showing in Sao Paulo.  Go, Canada!