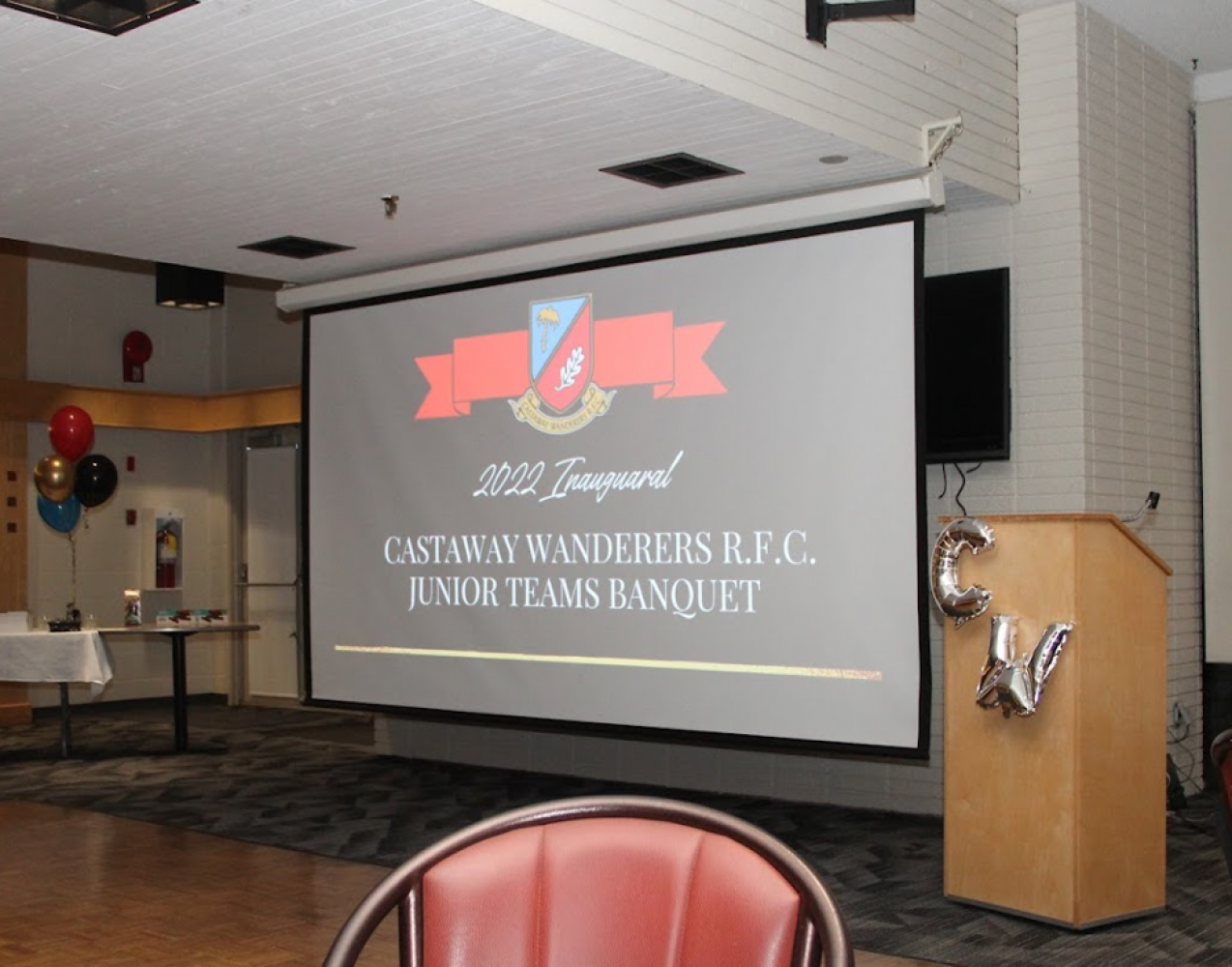 Last week, CW Youth Age Grade Girls and Boys celebrated their very successful seasons with their inaugural Banquet.  Hosted by Oak Bay Rec and Catering, some seventy players and fifty parents, plus assorted coaches and alickadoos were present.  The evening was Emceed by Director of Rugby, Ken Goodland, keeping all present in good spirits. Junior Girls' Director, Rob Peel and Boys', Byron McAllister, added the details. 'Guest Speaker', Doug Tate walked the assembled through some history that included cameo involvements that he had with the Mini and Youth programs over some twenty years, relating friendships made for life as players have progressed from Tykes to Senior Club and National team players.

Especially attention-getting was a video from Club President, Brian Huse from in front of Auckland's iconic Eden Park.  Brian had daughter Chloe with him and she told of her travels with CW Minis, Youth and Senior Women to UVic's Vikes program.  The assembled were then totally surprised by a wonderful video from Sophie deGoede.  Sophie told of her years when she had to play in mixed teams owing to the fact that there was no Girls' program and her team mates, Jesse Neilson and Caroline Crossley, and of how they "fought" for programs at the school level as well. Poignant stuff!

The players then directed their attention to their coaches who presented certificates and a momento of their achievements, in U14, U16 and U18 Age Grade Divisions.  Awards recognised Attacking Player of the Year, Defensive Player of the Year, Breakthrough Player of the Year and Team Player of the Year. Today we would like to recognise coaches - U14G - Emily & Renee; U14B - Matt & Dave; U16G - Kalea & Jeff; U16B - Carmichael & Alistair; U18G - Chris & Ed; U18B - Darren & Brandon. A special note of recognition goes out to Lisa Hill, Head Sherang for the occasion, an occasion without any fault.  'onya, Lisa.

Lisa gives out prizes
Hang out and boogie time!!
(Further photos can be viewed HERE)