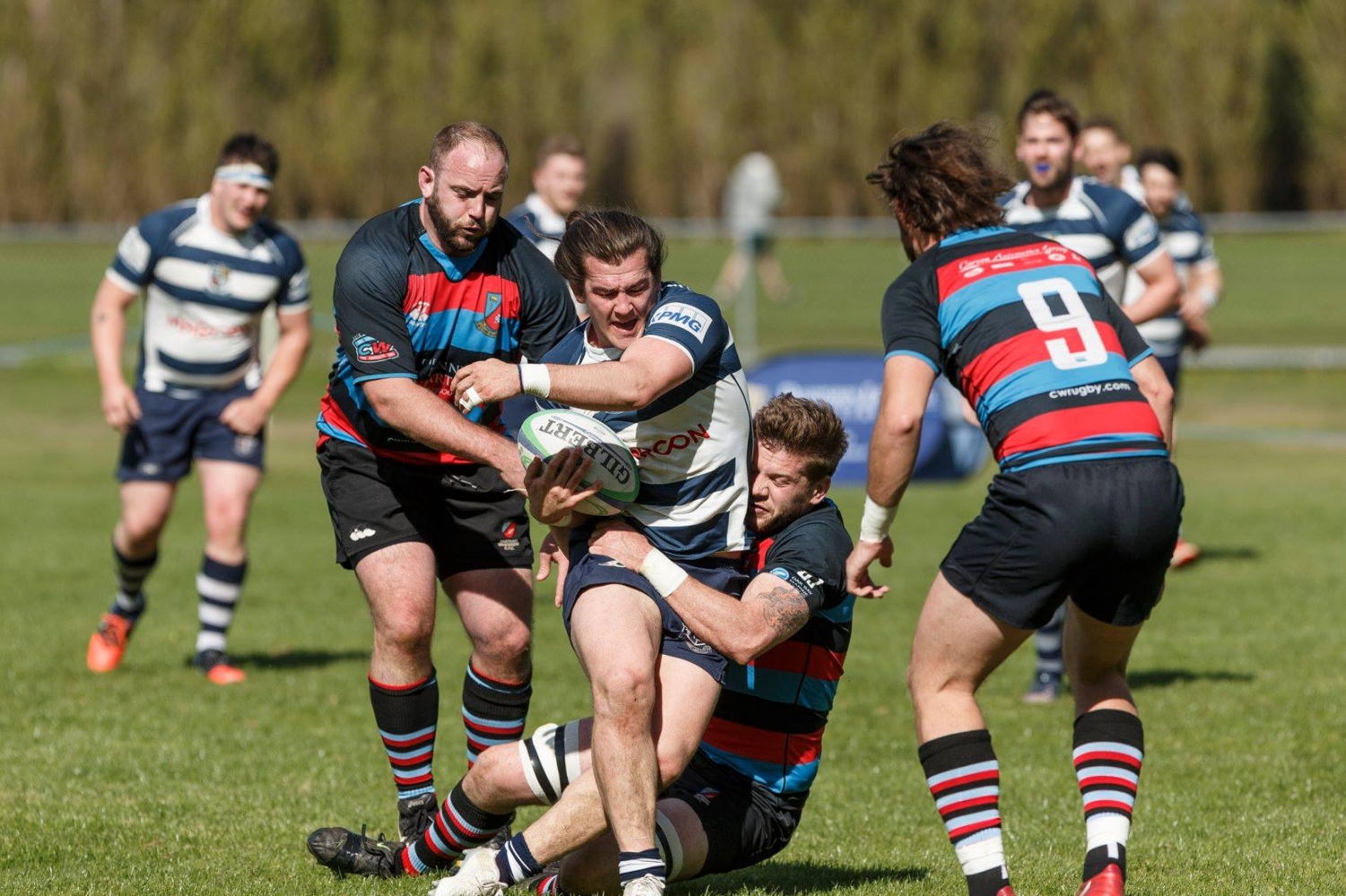 - CW’s FRF, until Braddock’s departure appeared to have the edge, on occasion to the point of earning a penalty but the M-i-M seemed content for the ball to be cleared without any fracas. Not sure of Burnaby’s subs as to who got on however the likes of Cvijanovic, Ryan, SVikilani, Lackner and Porter were worthy bodies and in the last quarter the advantage in the sets went to the home team.

- It was a tough battle between the locks, possibly a saw-off with CW’s Finnie and Chisholm their usual good value and Burnaby’s McLaughlin very visible.

- The battle of the loosies, I give to Burnaby, possibly accentuated with the pressure they were able to put on to disrupt Pitblado.

- Watkin’s value on the day has been referred to and of the first fives, although Munck was solid, Hall was marginally, more noticeable.

- The centers were tough to call for we saw plenty from Josiah and Bradley. Perhaps, Burnaby was more “complimentary”, having done their homework on the CW pair, keeping them to one try and adding plenty themselves in attack.

- Of the wingers, Schelly was the most dangerous and despite McQueen being a rock, Fergus Hall’s attacking efforts may have given him the edge. I ask the reader to keep in mind, these opinions are from mine eyes only!

Other stories on the day related to BC Ferries. Kudos to the ground crews and staff who remained patient and courteous during very trying conditions. To the 10:00 a.m. Captain – thanks for a quiet ride, (despite the odd rogue wave) and your docking skill.

Then there were the boys – on a mission to “Save Private Cam”, awaiting his mates in the enemy’s camp. This was the mantra, along with the humour of some of the team larks that kept everyone loose yet able to focus on the task ahead. There was one individual who shall remain nameless as; ‘up and up went the level of green’, commensurate with the vessel’s progress!

Finally, it was The Ilnicki’s, all the way from Williams Lake in support, complimenting Adam Pegg and a few mates; The Schellie’s – Randy and Grandma; The CHall’s from Ladysmith and FHall’s Irish cousin, all in the CW Corner. Thank you, ALL. That’s “all he wrote” about; ‘The Stories within a Story’, on this day.

Another Season is Put to Bed!

Clean heels from Allaire.
(Today’s game report is brought to us courtesy of ‘The Critic in the Crowd’)

The Westshore selection, loaded with the likes of National players; Paige Ferries, Amanda Thornborough (fresh from her recent Baa-Baa appearance) and #10, Elie Alarie along with a pack which was to provide total dominance, was the goods on this day. CW managed to keep the score within site up to the interval at 17 – 0. One had a sense that the dominance with possession would prove to be far too much against the gallant defensive output.

The second stanza saw CW out on their feet but managing to keep some semblance of “touch” until the midpoint when the floodgates opened. Never off the front foot and with seemingly few substitutions, the Home team had the abacus adding up, as the half century of second half points was reached before CW managed to avoid the doughnut, late in the game. 67 – 7 was your final.

CW put up a game fight but inexperience saw the ball kicked away, in the hopes of breaking the advantage line and of course, it was not to be, as the strong counter-attack caused greater problems. The defense was as good as it could be however again, too little against too much. Some individuals made their mark with breaks, notable, Trafford, Lang, Loucks and Malone. Sargent tried hard to provide good ball but was often under the cosh and as the effort took its toll, the plot was really lost. The match was well officiated, unfortunately ending with a yellow card for a “no wrap” tackle which resulted in a double fracture to the recipient. Thanks to George Van and crew and it was played in reasonably good spirits, with verbal support of both clubs resonating from the sidelines.

So, it’s Westshore off to another Final against Capilanos who managed to chalk up a large differential against a weary Seattle team. It was a pity the weather played such a role on these semis however, at the end of the day, the results probably would not have panned out much differently. One would predict a Westshore Champion for their Fourpeat (??) and it is just a matter of by how much. For The Tricolour whose numbers continue to grow, a means of keeping all involved will be important. Will it mean a second team? Time will tell. The solid recruiting and promotion and nurturing of quality players looks to have Westshore well ahead of the field for some seasons. That is a feather in their caps however it is a serious challenge to all other clubs to raise their competitive levels.