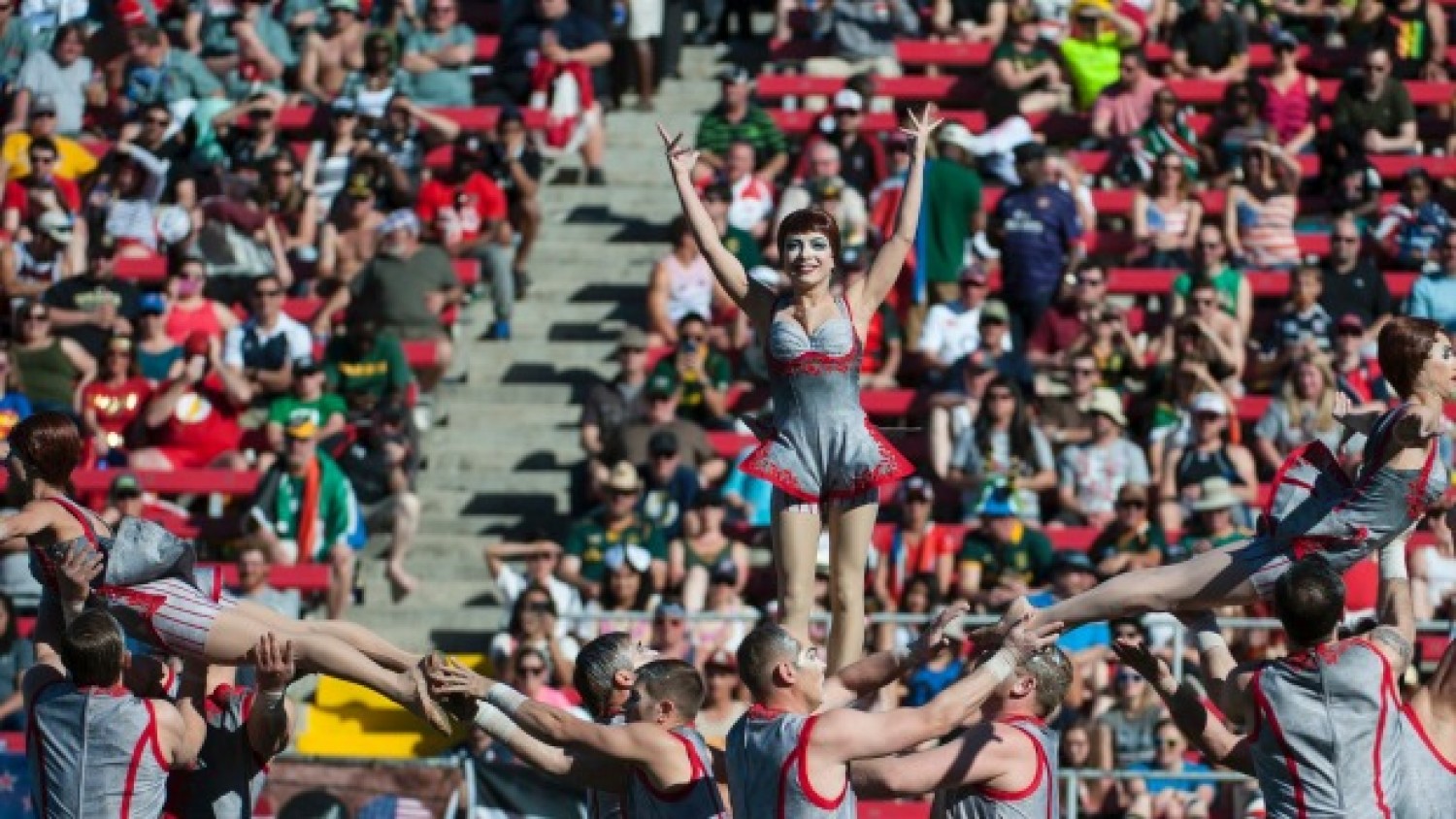 The Burners are back!  Duke and Douglas are healthy and one can add them to the mercurial cadre of play-makers; Hirayama, Mack and Jones; the athleticism and pace of a healthy Trainor, Fuli, Hammond and Kay, the “peaking” of White; and round it out with the big men, Cejvanovic and Zaruba who will need to be constantly good not sporadically good, then meld all of this with Moonlight’s leadership and you have what is arguably, (minus Hassler, Hearn and Paris), the best Sevens combo Canada can field.

In a Pool with RSA – 9/5 favourites and the hosts (16/1), both teams being first time encounters for Canada this “season”, the going will be formidable.  There is experience, pace, size, versatility and skill in the Canadian group and this punter has a hunch that they will get out of their pool with a 2 – 1 record.  200/1 odds about Canada winning is fair enough but I would love to see the line of them making the Cup Round to take some of that action!  Whilst speaking about the line, the rest of the challengers are rated at 9/4 N.Z. & Fiji, Australia and England 14/1.  As the series moves along, the bookies have the Kiwis as favourites for the overall title @ 6/4, Fiji, 17/10 and RSA 2/1….generous odds!!  Viewers of the Sevens game know full well that with a solid group, anything can and has happened. So it is with high hopes and an ounce of luck that the whole of the Canadian rugby community is behind the boys for this weekend.

Vansen, a Canadian, joins the national governing body of the sport of rugby union in Canada with a wealth of sports, hospitality and successful large-scale, high profile event and operations experience spanning 18 years. Most recently, Vansen held the position of Executive Vice President, Operations, Sport & Venue Management of the Toronto 2015 Pan/Parapan American Games, the largest multi-sport games ever hosted in Canada.

“We are very fortunate to have Allen joining Rugby Canada at this critical time in our history. Allen brings his proven leadership skills and a wealth of experience to an already strong management team,” said Pat Aldous, Chairman of the Rugby Canada Board of Directors.  “It is an exciting time for rugby in Canada and Allen will play a key role in achieving our future successes.”

Vansen joins the organization at an exciting time for Canadian rugby with all eyes on the debut of Rugby Sevens at the 2016 Summer Olympic Games in Rio de Janeiro, as well as the upcoming Men’s (already sold-out) and Women’s HSBC Canada Sevens tournaments to be hosted in Vancouver and Langford respectively.

“I am incredibly excited to join such a remarkable organization that is Rugby Canada.  With two marquee international Rugby Sevens tournaments on the near horizon, it is an ideal time for me to see our world-class athletes compete on home soil in front of the largest ever live audience for Rugby in Canada.  These two events offer our teams fantastic preparation for qualifying and competing in the Rio 2016 Olympic Games.  2016 is a historic year for the rugby world and Canada is poised to reach exciting new heights.  I look forward to working with the Board of Directors and the Management team to give our athletes the very best opportunity to achieve their goals and excite all Canadians with their performances,” added Vansen.

Prior to the Pan American Games, Vansen oversaw the planning, management and delivery of the Vancouver 2010 Olympic and Paralympic Games workforce, including a staff of over 5,000 and 25,000 volunteers.   “Allen was a key member of the 2010 Vancouver Olympic Winter Games leadership team. His focus, dedication and commitment played a significant role in achieving overall success,” said John Furlong, former Chief Executive Officer of VANOC, who oversaw the 2010 Winter Olympics and 2010 Winter Paralympic Games.

“Allen has a wealth of sports, business and large-scale events experience that make him an ideal and natural fit for the role of CEO of Rugby Canada. Allen is disciplined, savvy, values-based and a visionary, assets essential to the stewardship of any high performance organization. With the highly-anticipated Men’s and Women’s HSBC Canada Sevens tournaments, 2016 Rio Olympic Summer Games and 2017 Women’s Rugby World Cup on the horizon, Allen joins Rugby Canada at a transformational period in their history. He is the right man at the right time for the job," added Furlong.

Earlier in his career, Vansen served as the Managing Director of Corner Brook Triathlon, one of Canada's longest running annual triathlon's, and Program Director & Head Coach of a Provincial alpine ski team and one of Atlantic Canada's largest ski clubs.  CW welcomes Allen Vansen and wishes him well with the challenges ahead. (Rugby Canada release.)

This announcement prompted some research by this writer into Rugby Canada’s structural organisation. Let’s analyze the R.C. staff make-up.  Richmond Hill has 18 organizational support staff.  The Victoria office has what appears to be 9 such employees and another 12 directly related to the Men’s and Women’s rugby programs – coaches, assistants, physios, analysts and team mangers – 30%, arguably, a fair balance.  By the way, plaudits to R.C.’s staff successes in capturing both Men’s and Women’s 7’s Circuit stops for Canada – both sold out events, putting some more storied venues to shame.

During the tenure of previous CEO, Graham Brown, the Richmond Hill staff “grew” from three to thirty.  On the website, one can suss out roles and duties of the Board members but no such detail of a plethora of “managers and coordinators”.  For the grass roots dudes, this is a bit of an enigma. It is pleasing to see a Canadian in the CEO role, that being said, one with a quality vitae but no mention of any rugby in it. It will be interesting to see the direction of the tenor and pathways of the organisation in coming years.  There is a COO, Myles Spencer, a person I can’t ever recall reading any policy statements that he has announced and then there is Jim Dixon, newly appointed General Manager of Rugby Ops etc. So who will craft the pathway that a distinctly Tier 2 (Men’s) and Tier 1 (Women’s) program will follow? Next step is the eagerly awaited announcement of the Senior Men’s Coach. We’ll try to keep up with this and keep our readers informed.