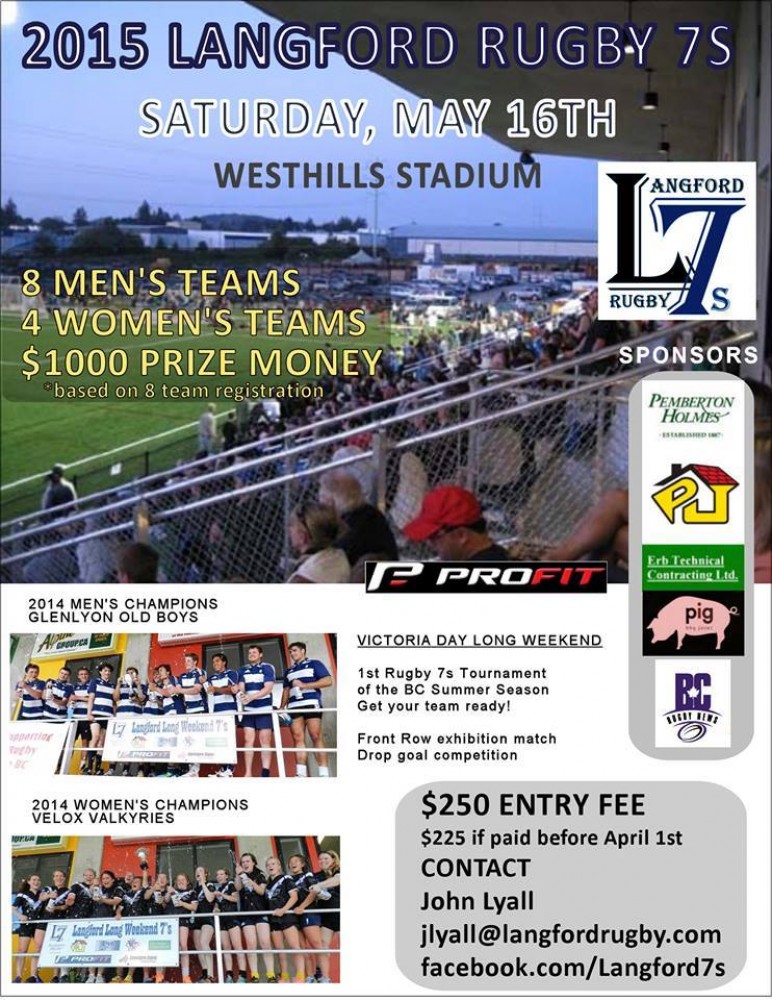 The NSWT will be playing in London this weekend, the same time as the guys. Their parade will then move on to Amsterdam ( May22, 23), when a Tier II event will take place, in conjunction, featuring Canada's Womens Maple Leafs.  Coach, 'Captain Canada' Morgan Williams will have CW's, youthful, Caroline Crossley amongst his charges.  'onya, Caroline!

The men opened their campaign yesterday, for promotion to Tier I countries with a solid win, 35 - 20 over Namibia.  This was a pleasant surprise, as last time round, they lost by a similar score to the same team.  Next up, on Saturday will be Hong Kong.  Go, Canada!