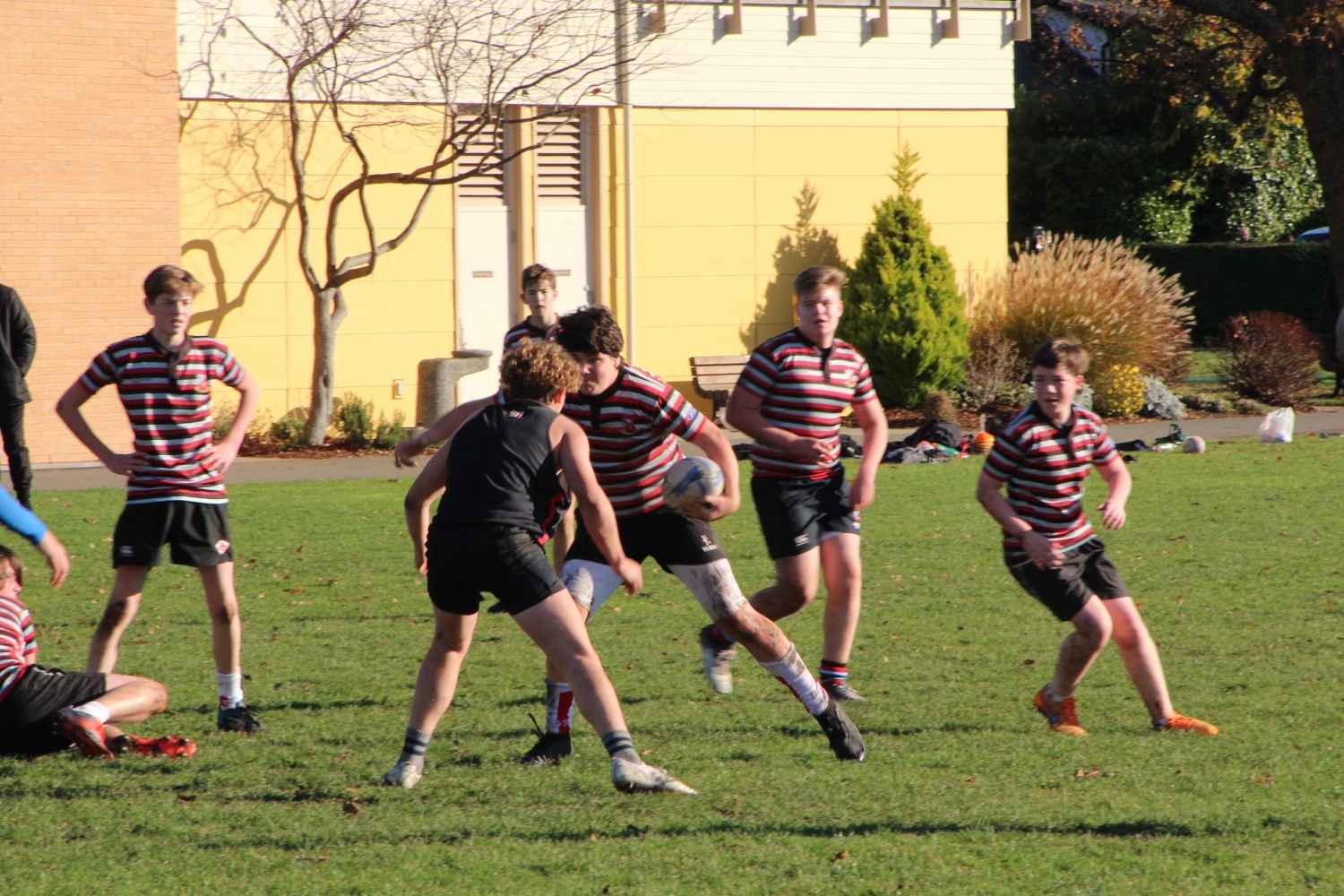 A quick response from our Director of Junior Boys Rugby, following the site’s blog on Monday, offered a report as to how the U15 and U17 lads also wound up their “first half” on the weekend!

Byron summarizes; “It was a very strong showing from the U15/U17 boys during the Covid training sessions this fall season.  We ended our fall season with an 11 a side, “Touch Tussle”.  The final score of 17 points to 15 was an indication of the competitive nature of the contest.  The Black team made a surge in the second half but came up just short.  The game was full on and on occasions the coaches needed to remind the boys it was touch rugby!!  (Fortunately, this wind-up occured prior to the latest Covid "games" restrictions.)

Coach Roger had Jake Thiel from Canada 7's come out and give the boys a bit of talk before the game and he also gave the Black team a half-time pep talk which really seemed to wake them up!

It’s never over until it’s over!  Strange Rugby Permutations.

Points are awarded in all matches on the following basis:

Argentina or Australia will require a historic win to steal the Tri Nations from the All Blacks.

Here are ten of the biggest defeats in rugby history:

FOOTNOTE:  It is very interesting to read about the assistance Wallaby and Puma coaches have been receiving in practise with Rugby League players, something that back in the day would have been considered a cardinal sin!