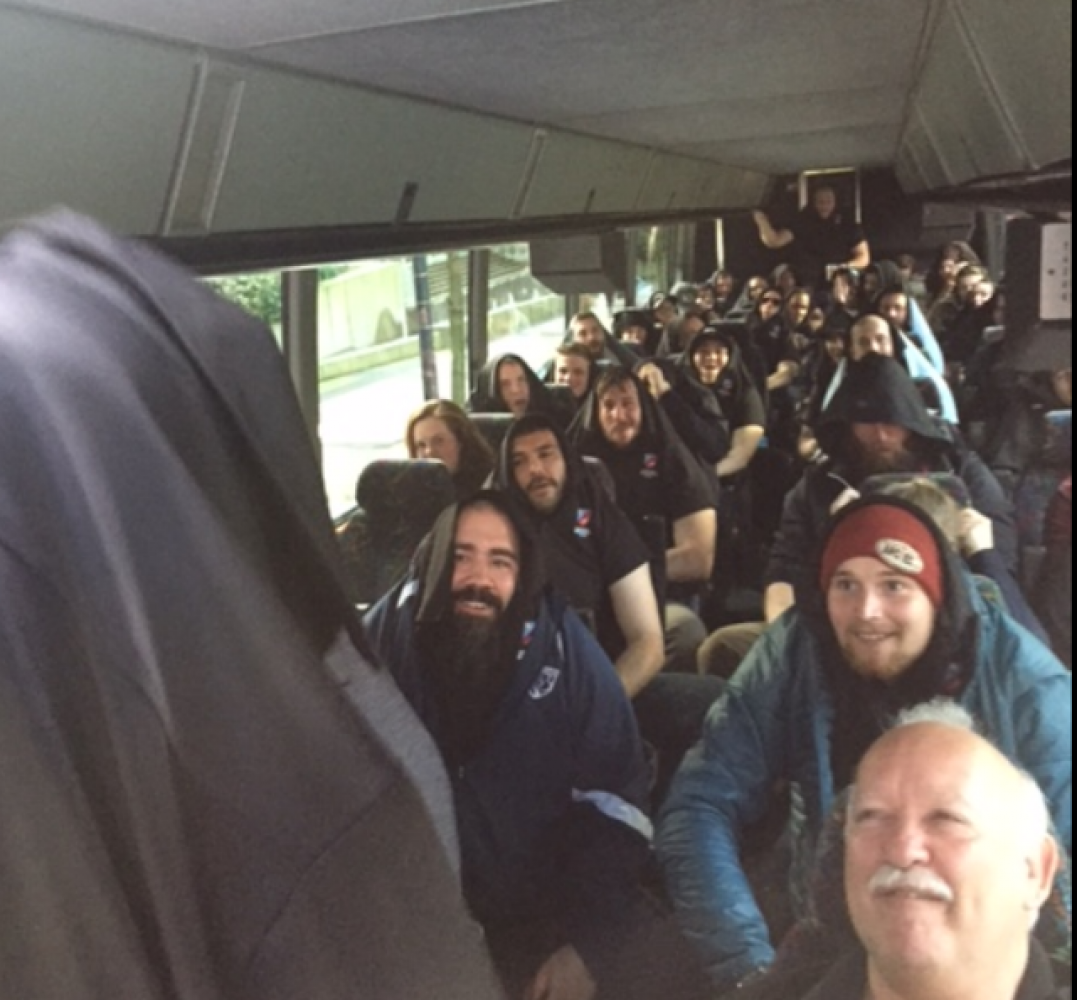 No matter what the outcome of yesterday’s hypothetical semi-final, although I suspect we may have been stiffed once again by a high performance program, our club always seems to realise that it is not the end of the road and life goes on.  Not to the extent of; “show me a good loser and I’ll show you a loser” but to the extent that they can give a roistering sing-a-long on the bus on the way home.  Today we look at rugby songs back in the day….. (Compliments of The Faithful’s, Alistair Glegg).

“The tradition of bawdy rugby songs goes back a long way. Some were originally folk songs, and many others were written during the two World Wars, often sung to the hymn tunes familiar to all the troops from Church Parades. College and university teams added to the store, and passed them on to generations of students, who took them to their own clubs later, to be sung in the club house, in the pub, on the team bus, and indeed anywhere rugby players congregated. Some are clever, some are merely coarse, and very few are suitable for mixed company or the Politically Correct.

I learned them at university in Rhodesia and London some 60 years ago and have never forgotten them. On one occasion the French Consul came to dinner in our University dining hall, and was rather late in arriving after his pre-dinner reception with the Warden. We could not start dinner until the Warden was present and had said grace, so we waited with increasing impatience, and finally started singing. There is a rugby song about a Frenchman who goes to the lavatoire and finds himself in an unfortunate (if unexpectedly topical!) predicament, as there is no paper available. It is sung to the tune of la Marseillaise, and finishes up with a grand chorus of “Où est le papier? (Pom, pa-pom!)”. At this point the French Consul came into the dining hall, all smiles at the welcome he was getting and the compliment we were paying him by greeting him with his national anthem. The Warden’s expression showed that he knew what was really going on.

Anyway, here is a short quiz to test your knowledge of some of the most well-known rugby songs. If you know all of them you probably had the same sort of British and Colonial rugby upbringing as I did; if you know half of them you probably played for the 1st. XV, not the Thirds; if you know none of them and have to Google the answers you are clearly of a different generation or background and don’t know what you are missing!

4.     If you were the marrying kind, what would you expect from a rugby scrum half?

6.     Where did the four and twenty virgins come down from?

9.     While father makes book on the corner, what does mother do?

These songs of yesteryear are never heard in rugby circles these days however with our boys we have some talented songsters led by the irrepressible, Rogie, backed up by bionic Riley and ‘newcomer’, Big Chiz, with support from Pitsy.

We’ll leave with you a couple of quote chuckles.  From former English Captain, Will Carling; “I’m short.  I don’t drink.  I don’t know the words to any dirty songs.  I’m pretty useless really!” and from King Barry John; “You have to respect the opposition.  Even if you win by 100 points it’s not their fault that they’re on the field.  I still want to have a drink with them afterwards.”

And for those who are keen to see what yesteryear was like, you can search out a used paperback; The Art of Coarse Rugby by Michael Green!