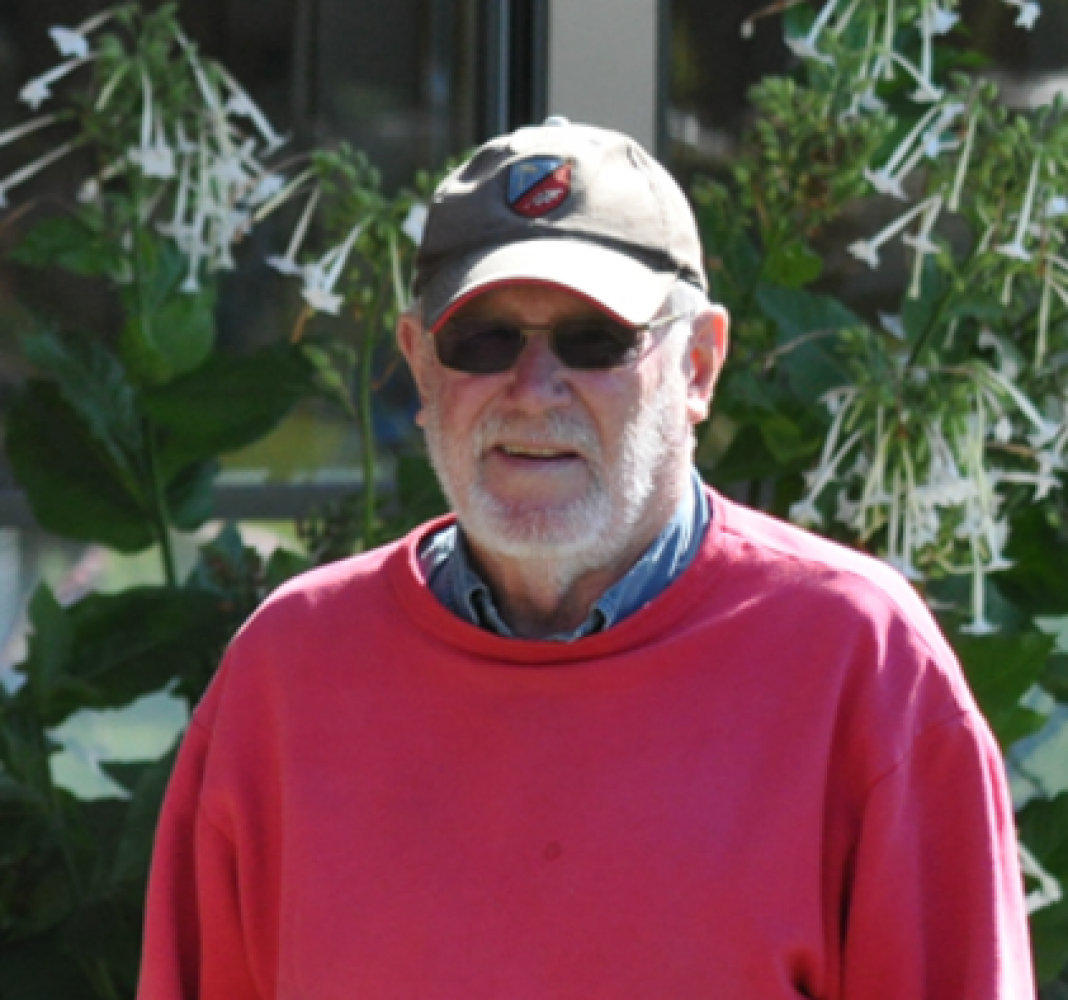 It is with regret we announce the recent passing of Ivor Hughes.  For many years Ivor had been a regular feature on the balcony at home games.  In later times, due to sight issues, his good mate and scorekeeper for years, Hugh Creighton, saw to it that Ivor made the games.

Ivor was born in Myanmar, 85 years ago of English, (not Welsh!), parents.  He came to Canada in the mid – 50’s.  He played some rugby in Vancouver and then transferred to the Island which became home, and he commenced a long and successful career in the Insurance field.

Ivor and wife, Liz. He changed his sporting interests to a more preferred involvement with field hockey when the former Castaways Club fielded a team in a new league.  Rugby became an interest and later, a passion, after his playing days. He and wife, Liz were regulars at weekly Happy Hour at The Temple.

Ivor was a strong supporter of the boys on Saturdays, taking his favourite spot on the balcony and enjoying a brew.  He knew most of the players and asked questions when he did not.  As well, he knew the game and appreciated good plays.  A regular component of the thinning ‘Faithful’, his presence and vocal support will be missed.  To Liz and the family, CW’s sympathy is with you at this time.  RIP, Ivor.