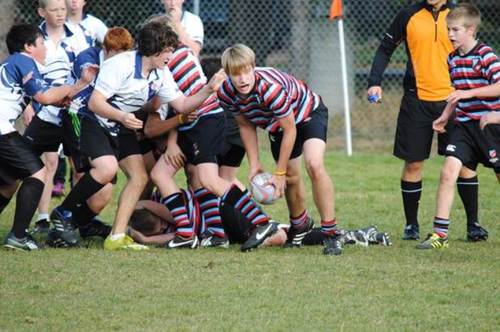 Head Coach of the BC Elite Youth Sevens program Shane Thompson has announced a series of ID Sessions for U16 and U15 athletes.  After a successful campaign in Las Vegas this past January that saw BC U18 and U17 athletes advance to the High School Elite Cup Final, Thompson will be looking to identify and develop the next batch of provincial sevens representatives.

The BCEY7's is geared towards identifying and developing players who will be best prepared to represent Canada with distinction at future Olympic Games and World Cup tournaments.

Thompson's priority for the the players born in 1998 and '99 will be to identify a core group of athletes this Spring to then assemble a roster for a potential tour to Germany's Heidelberg Sevens, scheduled for June 7-8, 2014.

"There were several guys on this year's BC-Gold team who had been to the Heidelberg Sevens when they were U16s," said Thompson. "The tournament is a great way to introduce young athletes to international sevens and it's a great tour for young players to experience."

"I plan to identify the next group of athletes that we can take to Germany and they will form the core of the U17 players in 2015 when we travel to Vegas, Hong Kong and host our Victoria International Sevens in July," Thompson added.