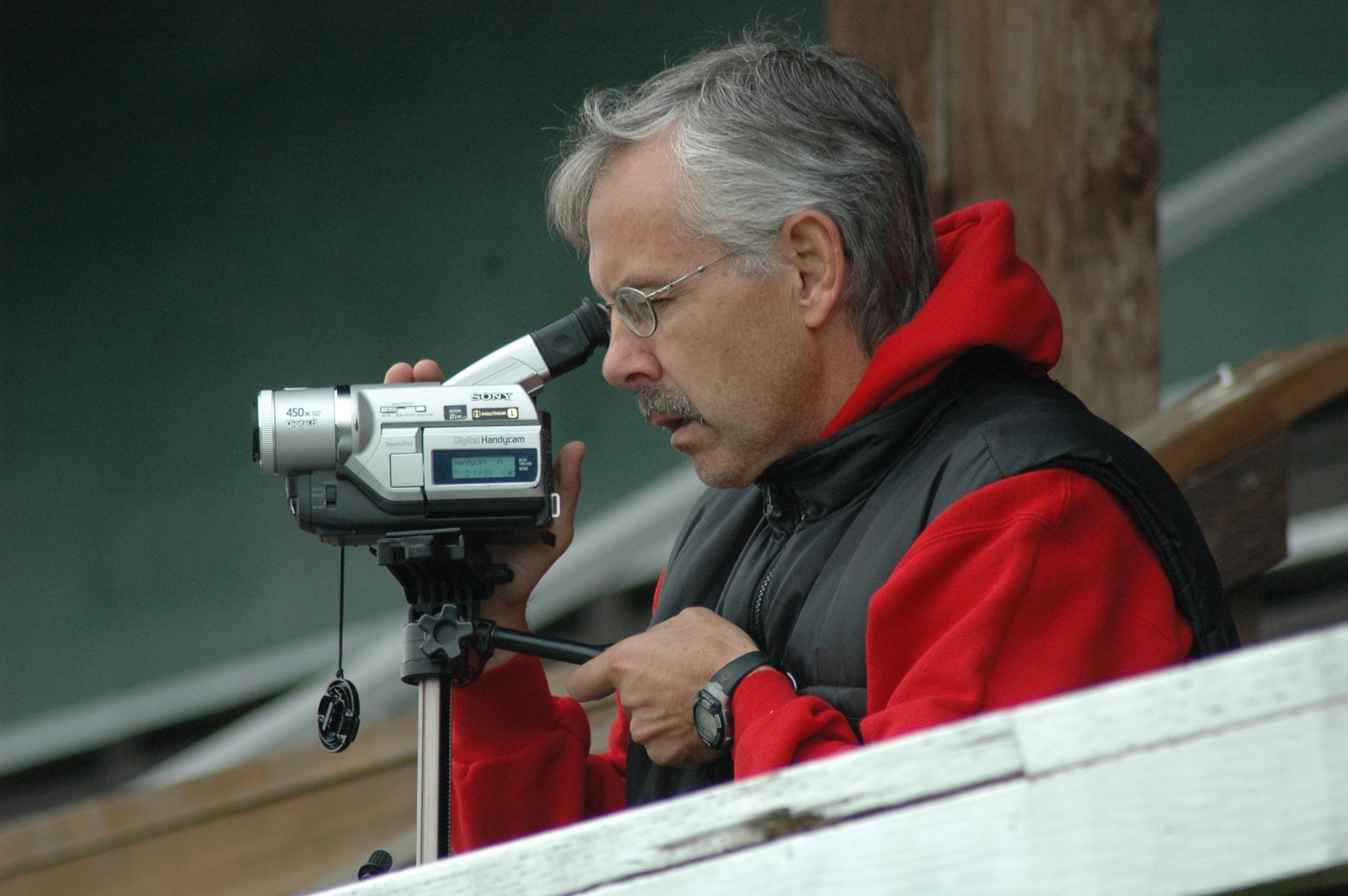 It’s Saturday.  Must be a rugby day!  How we wish.

It is times such as these we are brought to realise how often we take things for granted.  Since the amalgamation of Oak Bay Wanderers and Castaways Rugby to ensure survival, we propose the “cornerstone”, Brent Johnston, has far too often been taken for granted.  Agree with him or not on occasion, one could never deny the passion of the man for the cause.  We hope, by recognising him, we can bring to our followers a little of what it is that makes him tick.

CW:  Brent, in a nutshell, can you tell us how your connection with CW Rugby came about?

JOHNO:  When my job returned me to Victoria in 1990 it was until 1992 that time allowed me to connect back with Rugby.  I’m a ‘’fixer’’ by nature; something going well does not need my attention; something not going so well is a magnet to me!  I had played hooker with the Wanderers between props, Frank and Dennis Carson between 1978 and 1982 and Dennis and I had become good friends.  He reached out to me, noting some tough times following the 1989 amalgamation of Oak Bay and Castaways and that maybe he and I could do some work in the short term to help others right the ship.  Well!  Our FIRST win with CW came three full years/seasons later.  With a change to training hard and a greater focus on winning, plus the arrival of players such as Ian Jones and Ed Knaggs along with others and with sponsor Matt MacNeil signing on with his new pub, the Penny Farthing, we were off to the races and never to look back.

CW:  What about your playing connection with rugby?

JOHNO:  In 1970 my parents moved from Victoria to London, England via a Federal Government job posting for my Dad.  At age fifteen I attended the City of London Boys School beside the Thames River to study for 3 A Levels.  During those studies I played rugby for the School First XV.  I guess I was aggressive and a solid tackler which the Brits liked very much!  In the end I achieved 3 A Levels and made a ton of good friends.  I was, as it goes, hooked on the game of rugby - the code of behaviour; the good friends made for life.

I returned home, attending UVic for two years.  I took a year out to travel around Kenya; and I graduated in 1977 after a career with the Vikes at #9 and having survived the Vikes Tour of South America in 1975, coached by Alun Rees.  We defeated the Uruguay National Team on that tour.  This was a proud accomplishment.  I played against three survivors of the Old Christians Club.  This was the team whose plane crashed in the Andes.  They were immortalized in the book and movie, “Alive.”  It seemed to put a great deal of perspective on matters.

I spent one year after graduating from UVic with my brother’s Club, JBAA.  In 1978 I joined the Oak Bay Wanderers RFC at Windsor Park under Coach Don Burgess. I played hooker there until 1982 at which time I was transferred to a BC Government job in Kamloops.  From there I was moved to New Westminster in 1985 and finally, back to Victoria in 1990.  In 1992 I linked back up with my best buddy, Dennis Carson, to try and salvage what was a struggling, amalgamated Oak Bay Castaways soon to be renamed Castaway Wanderers RFC.  ( Ed. - Hooker to halfback!  Pictured - Johno, Captain Junior Crimson Tide, 1974 along with Keeper of the Windsor Road Gate - Peter Kilshaw next to Don Carson - back row and Coach - CW; B.C. Champs Girls U18 Team, 2020 - Shane Muldrew - seated on ground, left.  Coach - A one-wheeeled Ruggernut!)

CW:  Your involvement with the game has taken you from UVic Jutes to the Manager of the Men’s National Team.  What have been some of the highlights?

JOHNO:  This is tough for me as it all comes together as one big picture or journey.  Meeting and helping so many players, volunteers and supporters comes first, along with helping to build a Club that is respectful as well as respected.  Being a Viking player was ‘big’ for sure, along with performing the concurrent, managerial role with the Vikes.  (Ed. Brent won the Manager of the Year, Martlett Award in 1977)  I was able to organize and run the most profitable Casino Night Fund Raiser at UVic with tons of help from the likes of Macca and the late, Howard Gerwing.  Along with Alistair ‘Taxi’ Palmer, the founding the Valhallians RFC was also a memorable achievement.  The goal at that time was to have UVic Grads come together two or three times a year to play against one of the Island clubs, no matter what age, graduation year or skill level.  A member of the opposing club would also have an invitee or two play with the Valhallians.

CW’s winning of three BC Titles on the trot was a real highlight.  We had three great teams and excellent coaches.  It was not just the on-field performance that was great but the off field the group was such a tight well-oiled machine.

Getting an entire squad of National Senior Men 7’s players 15’s players to and from various tournaments and countries with Rugby Canada without a person left behind; without a hotel room missed; without a kit bag lost is definitely memorable!  I could go on about my times with the National Team, they were grand highlights for sure.

Also on my Top Ten list is the raising of funds and the associated fun of CW’s Annual Fundraiser Dinner.  The success of this event for soooo many years is something I am proud of, particularly the generosity of so many, so often.

CW:  Rugby has taken you to many places.  Where have you travelled to with the game?  Any favourite memories?

JOHNO:  This took some thinking.  Starting with London, England with school rugby and also in 2010 to prepare RC for the NZ World Cup 2011.  Those preparations also took me to Australia to arrange pre-WC Camp and NZ to look over all the hotels, training facilities, and playing fields.  NSMT’s 15’s and 7’s management took me to Vegas, Tokyo, Hong Kong, Madrid, Lisbon, Brussels, Argentina, Denver, Ottawa, New York as well as Tbilisi, Georgia.  Tbilisi was the most memorable of all.  Our Team and Coaches were wonderful but we lost to a better team on the day.  The Georgians were beasts – tough, tough men who loved the sport.  Along with the Liaison Officer from the Georgian RFU we prepared for days prior to the match.  I was introduced to wonderful people; so very proud and strong.  This experience left a lasting impression as you can tell.  As noted earlier, the Vikings Tour to Buenos Ares and Montevideo literally scorched memories into my brain and set in place strong friendships that will last forever.  A phone call; one g’day with a mate from that Tour and we are back yonks ago having a good ole laugh.

CW:  Brent, some years back you retired from the B.C. Government as Director of Human Resource Division and used this as a catalyst to make some other, major life style choices.  Could we be intrusive enough to ask you to share a little of this with us?  Just what is it you are doing now?

JOHNO:  Well every day’s a Rugby day for me so I’m still at that with CW.  I retired after 32 years with the Provincial Government and went to work right away with Rugby Canada.  When I left RC I did a year of HR contracting with the B.C. Government and then in 2013 I landed what my good buddy calls my ‘job-ette’ as a grocery clerk at James Bay Thrifty’s, a short five minute walk from our condo. Great work, wonderful people and when I leave at the end of my shift my mind is clear, seldom stressed – although, I guess to be honest, that is never completely the case if rugby is on and tasks need thinking, fixing and doing!

CW: Behind every rugby servant there is usually a very tolerant and supportive mechanism. Can you tell us a little about your family?

JOHNO: My wife and I have been together since the Viking days. Colleen is very supportive and at the same time very independent. Rugby has always been my thing! Off I go, to return to great support and understanding. That ‘’bank account’’ should have run out looong ago. I’m very lucking indeed. Two kids; Jake, 34 and Emily, 30 both living and thriving in Vancouver and continuously supportive of anything I do. It never ceases to amaze me!

My brother, Gary, has had a very successful rugby career as player and as a Coach at both Club and National levels. When we talk it is always open and informative and guess what, it is often about rugby. One day we may see each other more during summer but for me, summer months are mostly about getting the Tricolours ready for the coming season.

My parents have both passed away but they were always tremendously supportive of anything my brother or I did. My father coached either soccer in winter or baseball in summer and he instilled some valued characteristics in us both.

CW:  Brent, you and The Ruggernut go back a long way.  I have been witness to your attention to detail, from booking fields and facilities, buses etc.; dealing with scheduling; shovelling of dog faeces from the field; being the force behind our Annual Fun(d)raising Dinner since its beginning; post-game functions; dealing with the BCRU on all and sundry, ad infinitum.  These days, the men’s team managerial duties have been basically taken on by Hutch and Craig however you are still “Chief Cook & Bottlewasher”.  What are some of the rewards you get that keep you going?

JOHNO:  I’m still a fixer by nature and driven to identify and find solutions and answers.  Especially when doing that will let others do their thing at CW.  No job is too big nor too small in my view; it’s a real ‘internal thing’ for me.   It’s nice to be noticed and thanked for sure but that’s not the driver for me.  Assessing how and what I’ve done is the driver.  God help me when I think I’ve not done enough nor the work is not good enough!  That’s me.

CW:  You have a blank canvas.  Is there anything you would like to add?

JOHNO:  The current pandemic situation just emphasizes for me how many life affirming ups and downs I get via my time working on CW Rugby. To win at the last minute; to lose at the last minute; to prepare a squad listing, only to have an injury on Thursday night; to get off the ferry and see the bus is there waiting as booked; to pick up the new player at the airport and helping him find a job to dropping off another for a flight taking him on a new adventure somewhere else; to be invited to a wedding where the bride and groom met at the clubhouse, aka The Temple; to be introduced to a new baby, part of a family that began with recruiting a wicked #8 from the other side of our country; and just always being around young athletes, laughing and striving for something of value.  Pretty sweet eh?

Brent, we thank you for sharing a lot of what constitutes Brent Johnston.  You will have a legacy of being synonymous with CW Rugby from coast to coast, your work of uncountable hours, completed with passion, not seeking reward nor recognition.  CW is ever so fortunate to have you as the essence of our Club.  You can never be thanked sufficiently!