They Are the Champions! 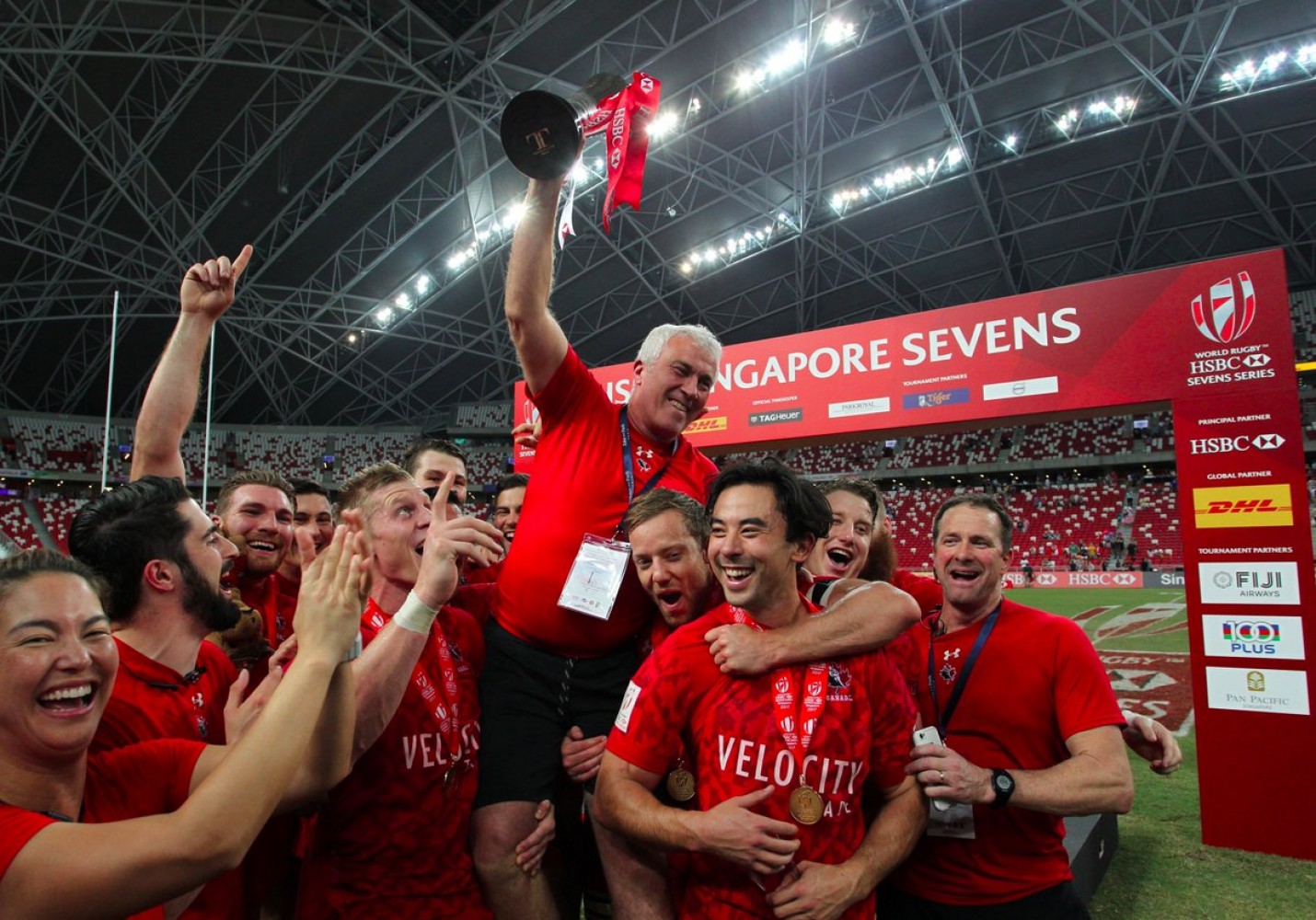 Can’t think of enough congratulatory comments for our NSMT 7’s – winners in Singapore this weekend. Just sooooo happy for the core group who have laboured so hard for so long to finally reach this pinnacle, surrounded by youngsters to carry the torch and some pace in the mix to boot and this was without Zaruba and Berna. The players like Coach Mc Grath and it shows. Well done, all!

Dick Ellis Award winner - Outstanding Club Contribution, Matt Gordon and the symbolic passing of the torch!
Next up – one of the biggest and best nights on the CW Rugby Social Events calendar – the Annual Players Awards Dinner.  It was not to disappoint!  In the crowd were a number of junior player’s parents and the NSWT XV’s Head Coach Rattier. The evening kicked off with NSMT’s, Hubert Bydens setting the tenor in presenting the Coach of the Year Award to himself and duly accepting with an appropriate speech.  Moose has given a very useful hand to both Scott and Jess during his period of convalescence and is always good for a tale. ‘onya, Hubie!  Unfortunately, many of the major male recipients were unable to be present however, video-taped acceptance speeches from Jess, Rogie and Schellie added a great touch and the evening was wrapped up with an eclectic showing of game clips from minis to age grade girls and boys and our men and women’s action, capably compiled by videographer, Shaun Barry.  We took a moment of remembrance for folks lost to the CW family during the year and to Riley and Ron who were unable to make the occasion due to health issues.

Juniors Awards; U14 Boys - Alex McCallum and Jimmy Gordon; U16 Boys – Henry Down; U18 Boys – Sammy Kahn.  Sam has been with CW since early days as a mini, around age eight.  His contributions as a player have been amazing and he has always made his team mates better players.  Sam is off to Queen’s Uni and we wish him all the best.  Junior Girls MVP – Amelia Gordon;

The evening concluded with the awarding to male and female players of the Johnny Shephard Award.  Johno explained the significance of this award, a “player’s player”, an award that has been presented by the club every year since 1946.  The Wanderers players as a team went and signed up for WW II following their last game in 1941.  Of the two Shephard brothers, Johnny did not return and the family wanted to remember and recognise their son in the form of this trophy.  The award is only voted on by the players.  This year the female winner was Adrienne Shepherd, a second year player who has worked her way from the “L” plates on the bench to being a regular starter.  Adrienne has played as both prop and hooker in the FRF and lock and I seem to recall her on the side of the scrum at one stage in a match – a fantastic achievement.  The male recipient was a unanimous vote for the Captain – Riley Ilnicki.  Of course, Riley was at home in recuperation mode but Coach Manning’s words of praise for him were glowing.  Riley has been the perfect link between Board, coaching staff and team and he leads on the field by deed and prudent words with players and officials.  CW heartily congratulates both of these players and they were recognised by spontaneous standing ovation.  A great night was had by all.  (Ed.  We will post some photos taken, Keep an eye out!!)