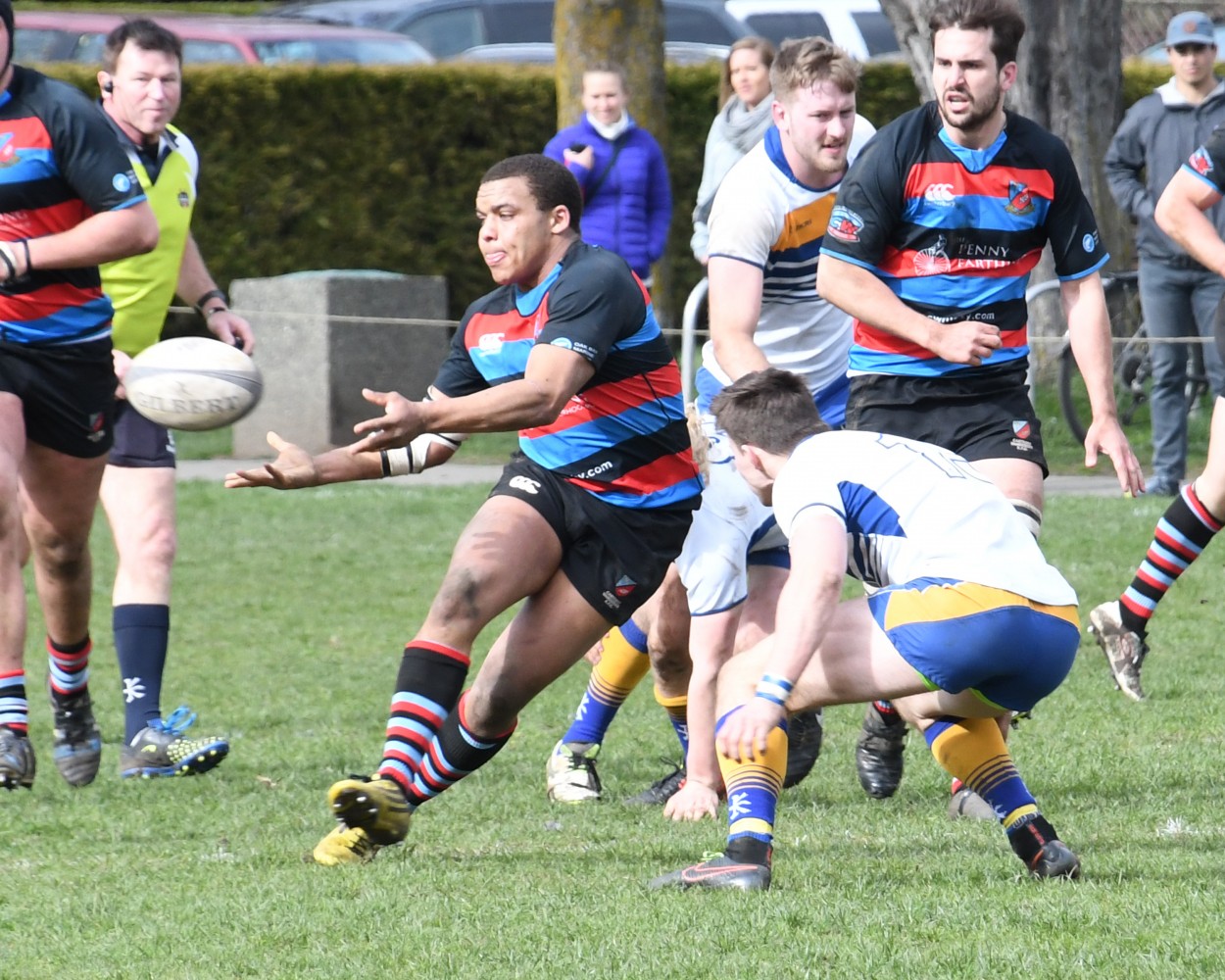 Saturday, 2:45 p.m. will see a re-match between UBC and CW. Last time around The Birds opened a good lead 22 – 11 and allowed the home side to sneak back into it, compliments of a good try from Moor and a perfect Ice diagonal to The Magician, enabling Barkwill to score his hat-trick. It is hard to imagine a similar script this Saturday. The actors are pretty much the same with the exception of Sean Duke re-appearing last week against James Bay and notching a brace however, the plot could be quite different. UBC have verbally given their respect to Ceedub as “being a good side” and will be well aware of the host's danger to strike from anywhere at any time. That being said, CW will have to stay close this week as they cannot expect UBC easing the pedal at any stage and a double figure deficit could prove to be too much this time round. Without having seen The Birds lineup it is accurate to say that these teams are very evenly matched and the Windsor Faithful might be a factor but suspect it will be the players who get it right.

CW will field a FRF of Braddock, Thornber and Woolridge. Locks – Polson and Turner; loosies – Stewart, Evans and Pearson comes in for Ilnicki. Halves will be Dalsin and Iceman Povey; DD returns to the centers after an absence and joins Fraser who will lead the side – a young man who is showing consummate poise in this capacity, with the back three remaining the same as last time round – 'The Magician' Ngongo, Moor and Styles. The pines will seat plenty of strength with Baird, Adams, Hohert, Fowler, Thomas, Di Nardo, JoMo and Schellie. So, there you have the ingredients of a great tussle. Must favor the home side ever so slightly. Go, you good things!

Mikey sets sail!
Sunday Sailing at 9:00 a.m. will see the Divvies aboard to go to Burnaby Lake to take on a very tough Laker opponent who will have their tails up after losing to the Norseman in their last outing.  The roster sees Adams, Baird and Kim in the FRF, Fowler and Hohert locking and Newhook, Thomas and McLean as the loose forwards.  This pack is experienced and accomplished enough but must keep the pedal to the metal for the full eighty with no mental lapses.

The backs will be led by Gerhardt whose game will be critical if success is to be achieved and he will be fed by Schellie at #9 this week, perhaps with the idea in mind to create some spark.  The rest of the backline is a selection that is consistent, Winser and Hutton in the centers and pace aplenty on the flanks with Logan and Kelly and Ford has earned his spot at #15.  There is depth on the bench.  Good luck is one thing but ‘play well’ should be the mantra.  If this group believes in themselves and plays well, there might just be an upset in the cards.  Tough task but nothing’s impossible, just ask The Donald.