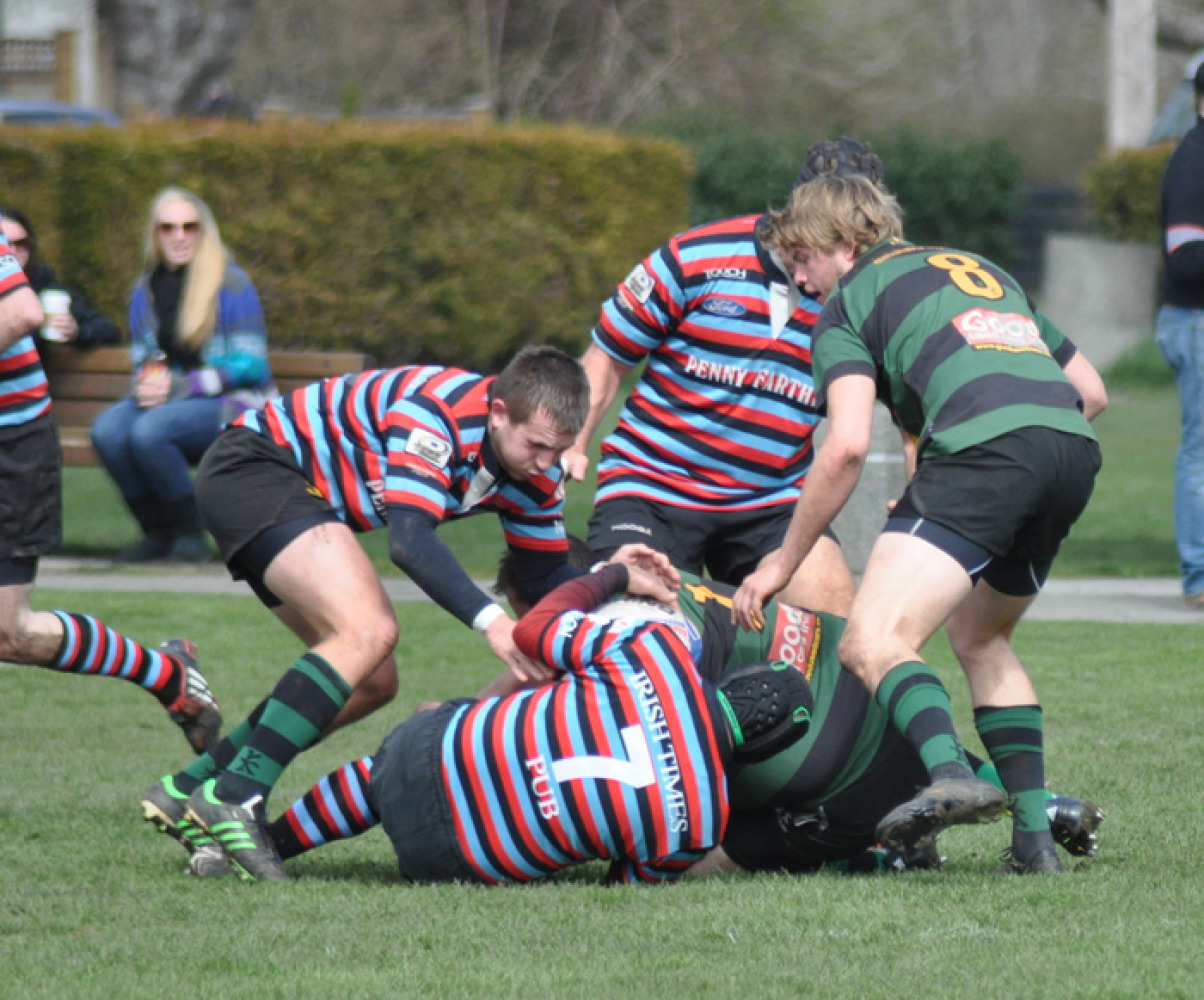 CW Div. 2 Men now fondly known as The Divvies, will travel to Herd Road tomorrow to cheer on our Ladies and then dress for battle against Cowichan Men for the right to hoist the Times Cup, symbol of Island Div 2 supremacy. The Divvies had earned home-field 'advantage' with an undefeated season to date however, Mother Nature has not been on our side and the House of Windsor has been declared unplayable after last week's pounding.  The Women play at 12:00 noon and the Men take the pitch at 2:00 p.m.

We can give some background to our Men's selection, led by Captain Kyle Hohert. He will be joined in the lock spot by big unit, Dylan Montgomery, dropping back from the FRF.  Jace Peters changes positions in the team this week as he moves into hooker, a spot he is more than comfortable with and Mikey C moves to the loose head spot with Cam Smith retaining his tight-head position. The loosies combination features the brothers DeVries, starting for the first time and lively, Nat Dring taking The Queen's spot at #8.  There is obviously some reason for the reshuffle of the pack and evergreen, Gerhardt, moves out to the centres.

The last meeting between these two teams saw them locked until late in the game. The Cowichan pressure came on the CW halves, so, much will depend on how they fire tomorrow to set the pattern. It is a half-back combo that has been together for a couple of games and Apt moves into the centres to pair with Queenie.  It is to be hoped some dry spots can be found on the pitch to exploit this man's jets.  The back three are familiar, although it is interesting to see Moser, a man whose recent performances have been noticeable, coming off the pines, with the return of Freeman at #15.  The Pines are well filled, ranging from Kirk, Moser and Towers to Schubert and Daumer. Now there's some stalwart experience!  Cowichan will be the usual handful and one hopes that the Man-in-the-Middle can facilitate matters suitably for the enjoyment of all, players and fans. The Club offers best wishes to both teams and we'll try to get a Sage on the sidelines for a report.

The women’s team this week will also be making their way up the Malahat to take on the Cowichan Piggies for the Xi’Sul Stomish Cup. Cowichan Head Coach Marlene Donaldson, has put together a strong team of experienced players. Their forward pack will be especially strong with Tyson Beukeboom returning from her four recent Canadian test matches.  The Piggies will also benefit from the dynamic running lines of former CW player, Nicole Wood (Shaver).

After six weeks of building, our CW women’s team is excited to showcase a well practiced style of play. The forwards, led by #8 Louise Erickson, are prepped to attack the line and keep the ball alive.  If the weather holds out, and the fields permit this lively game, then the CW backs will profit as well. The speed in the CW back line has the ability to build from #12 onward, stringing a couple of wet passes out to the fringes will likely lead to positive yards gained. We recognise the task is huge against such experienced opposition but with some fortune, we hope to press for a positive outcome.