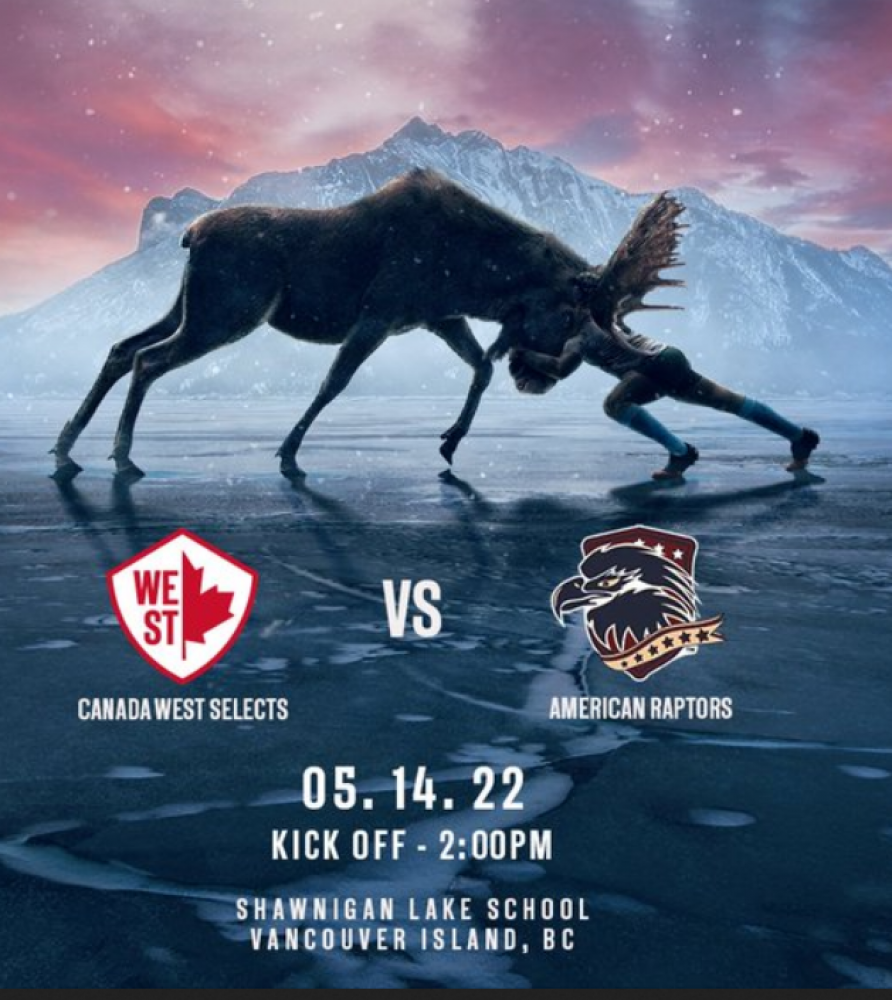 Not quite as exciting as this time last week, however, there will be rugby tomorrow at Shawnigan Lake School, kickoff, 2:00 p.m.  The US Raptors will play forty minutes against a VIRU "U25" team and forty minutes against a VRU "U25" team and the Island will play the Mainland in a thirty minute half-game.  The Canadian teams will be used as a selection process for a Canada West team to play against the East before selections for Summer test matches.

There will be CW connected talent on show in the form of Ethan Hager from UVic, Matt Klimchuk, a wonderful age grade player with the Tricolours and now with the Pride, and current "senior" amongst the youngsters, Grady Bowd.  Bowd, no doubt appearing as Canada searches desparately for a #10 worthy of International status.

The Raptors will be an interesting look, as they are described as being a prospect group of unknowns and an offshoot of the former, MLR, Glendale Raptors.  There will be many with a pedigreed football background from college, now courted for the fifteen a-side game.  A contest, probably worthy of the trip if you need the weekly fix.

CW would like to congratulate the following five ladies, with past or present connection with the club - Gabby Senft, Sophie DE Goede, Olivia De Merchant, Pam Buisa and Karen Paquin.  These players have been selected along with their 27 team mates, to play in the upcoming Pac 4 Competition, taking place in NZ and commencing on June, 5th.  The opposition will be tough, featuring England (a fully professional outfit), Australia and the hosts, both having a solid core of paid players.  We wish the group well. Recent "professional" contracts for Welsh players indicates just how important the various countries are viewing the ladies' game.  We will get to see Canada ladies play an exhibition game against Italy on July 24th at Strafire Stadium (Langford), as they make final preparations for the RWC in NZ in October-November.  Book it!

Today saw some 250 young boys and girls from 26 schools across Victoria and the mainland play in the SD #61 Annual Mini Jamboree.  Former International, Mick Eckardt, has been the driving force behind this event for some 48 years!  Hats off to Mick and his band of volunteer coaches and officials, mostly people putting it back into the game. 'onyas!  Go for fifty, Mick.

In the tight and the lose - have a good weekend.