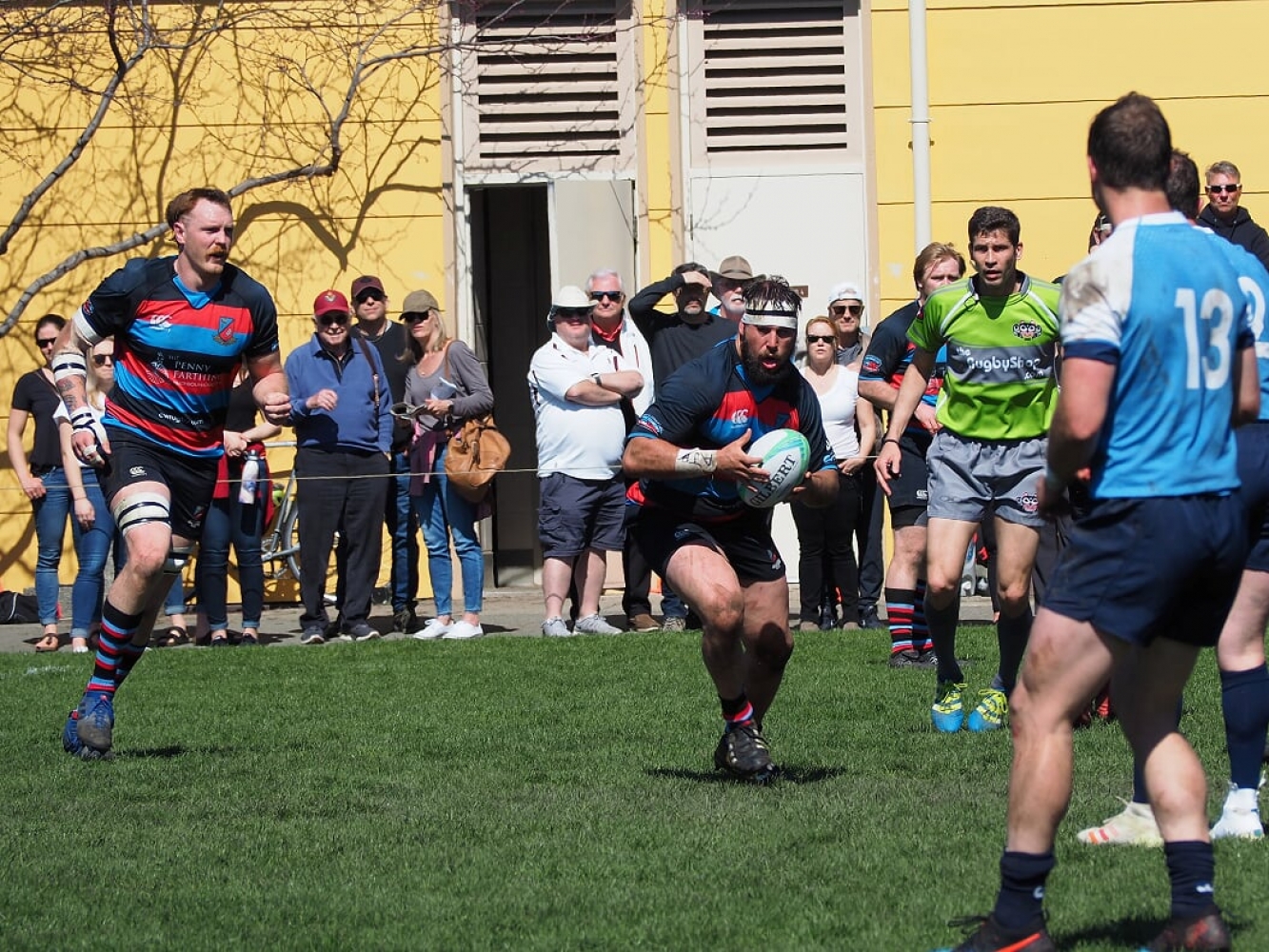 Next Best - Unsung Hero - On The Field.

John Braddock, (2020 Winner – John Morley Award for that player who “plays pain or not; fair or foul; no whining, no excuses”.)

CW:  John, our Unsung Hero is just that and game in and game out, our club can totally rely on your effort and consistency.  What is it that motivates you about the game?

JB:  Doing my family proud.    "Lately” I’ve been playing for my uncle who passed away a year ago, he was a huge influence on me growing up.

CW:  How long have you been in Victoria?  What is it that enticed you about Canada, Victoria, and CW Rugby?

JB:  I think it's going on seven years now. My girlfriend at the time was a student at UVic and wanted to move back here after spending 18 months in New Zealand. When making the choice between James Bay and CW, I emailed both clubs and I decided to join whichever seemed keener to have me!  Within minutes of emailing CW Brent called me, James Bay replied weeks later seemingly uninterested.  I was sold on CW.

CW:  As a native Kiwi, no doubt you cut your teeth on rugby.  Did you play any other sports?  What clubs did you play for in N.Z. and what level did you achieve before leaving your native shores?

JB:  I played soccer until I was 12, unsurprisingly I wasn’t very good.  I also played softball.  When it was time for me to go to Intermediate school (Junior High school), mum and dad thought it was time for me to start playing rugby.  My parents signed me up to Hutt Old Boys Marist, but they didn’t have a team for kids my weight and age, so I was sent to a club down the road in a rougher part of town called Stokes Valley. I played there for two years then started High School rugby.  By then I had lost a lot of weight and I had to start playing “weight restricted rugby” (under 65kg; 75kg; 85kg divisions).  My last two years of High School I played 1ST. XV and made the Wellington High School representative team.

When I left High School I joined Hutt Old boys Marist and played colts, senior’s firsts and some Prem just before I left for Canada.  During my time with HOBM I made Wellington under 20s A and B teams; played for New Zealand Marist Colts and went to the Internal Rugby Academy of New Zealand.  I had a one off season in Hong Kong where I played for the Hong Kong Cricket club.

CW:  What are your thoughts about Canadian rugby and the B.C. Premier league?

JB:  I think Rugby Canada needs to put more focus on the grass roots game and try to develop a better pathway, I think the Pacific Pride is a step in the right direction. I also think a unified season during nicer weather would be worth considering, I think I would make for a better brand of rugby and an easier sell to fans.  (Ed. You are not on your own on this one, John.  Many often have expressed this pov.)

CW: Since you have been in Victoria you have been selected to a number of ‘representative’ sides where you have packed down against some quality props. Without letting any “cats out of the bag” so far as individual qualities, is there any one game or occasion that stands out as being memorable?

JB: BC All Stars vs. Canada, just before the last World Cup. The chemistry that the BC team had was so good and it all came together in only a few days. We didn’t win but for a while we were very competitive, being down, only one score at the half! It was a huge opportunity for players to stand up and prove to themselves and others that they deserve to be looked at for higher honours.

CW: At this stage of your career you must still have some rugby goals. Could you share them with our readers?

JB: Enjoy my rugby as much as possible, encourage and support the younger players coming through. I’d like to keep playing for Tide and BC, and of course if for some crazy reason Team Canada came knocking I’d give it a good crack but I’m realistic, I’m old now and happy to be known as a good club guy that can sometimes be useful.

CW: What do you see as being the strengths and areas of improvement for CW rugby?

JB: The minis and youth programs are an obvious strength but we could do a better job of retaining these players and having them return to the club, once their university playing careers are over.

CW:  Let’s get away from rugby.  Victoria has been very good for “J.B.”, being employed in a good job and recently announcing your engagement!  What is your line of work?  We congratulate you and Adrienne and wish you all the best.  As a couple do you have any immediate plans?

JB:   I work for the Victoria Golf Club in the links department. For Adrienne and I our plan is to hopefully get married next year and depending on the Covid situation, possibly go back to New Zealand for a year to spend some time with my family that I've been away from for so long.

CW:  Given the events that have occurred since this interview was in its draft stage, there now may be very different parameters in place.  In conclusion, we thank you for the yeoman’s service you have given our club, both on and off the field.  We thank you for sharing some of yourself in this interview – truly, an ‘Unsung Hero’!  Given the above “opener”, are there any final thoughts that you might have, given what will be a new paradigm?  ‘onya, J.B.!

“Wash your hands, keep safe and keep in touch with your mates!”  Could not agree more, JB.

(FOOTNOTE: John’s line of work is solid in these times of doubt and insecurity.)

John is respected by team mates and opposition and he respects the game - a man of humility as captured below: