RAY BARKWILL Forced to Call it a Day 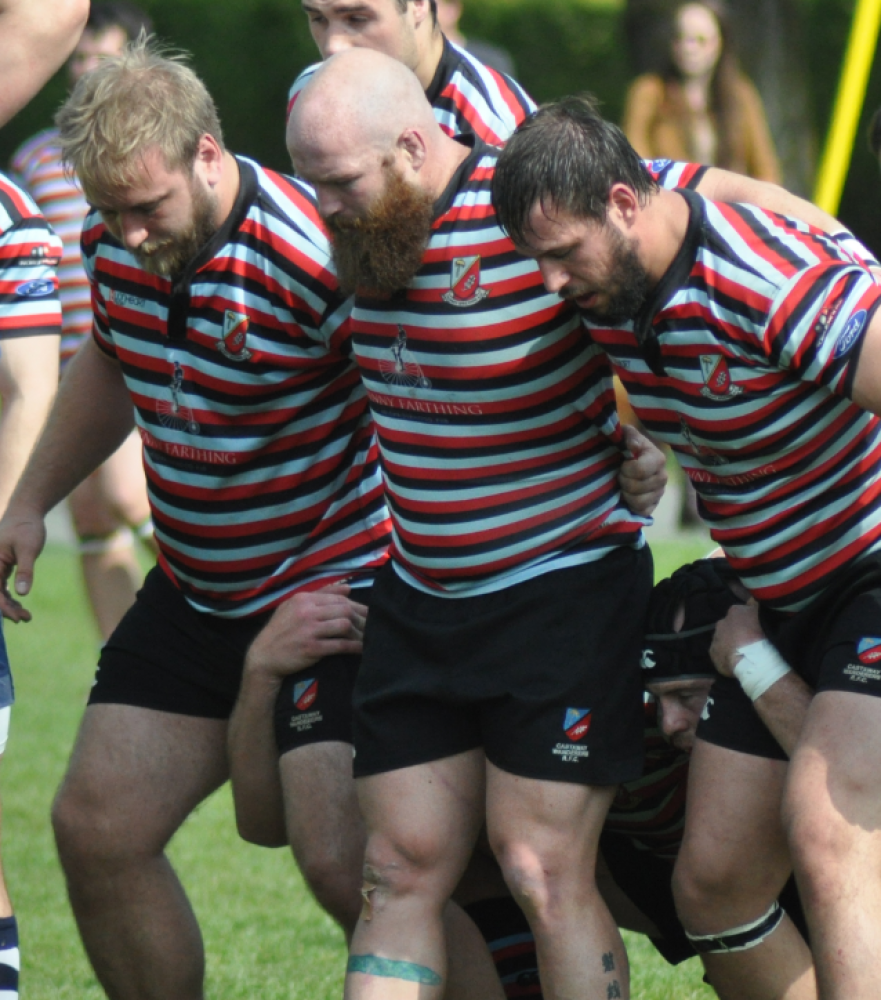 It was with sadness that we read Ray Barkwill’s Facebook posting last Friday. Slated to be the Rugby World Cup’s second oldest player to compete when the event takes place in Japan, in September, he has been sadly deprived of that honour. At this juncture we quote from an interview we had with Ray back in December.


“CW: In next year’s World Cup, you will be the second oldest player since its inception, quite a feat! Surely you must consider hanging up the cleats after that! As such a positive guy what path do your see your life taking?
RB: First off, I want to compete for my spot and not just be along to take it in. As part of the leadership group, I need to provide on and off the field support for guys; I need to push myself to be the best and challenge the team likewise. I am not going to the World Cup to just play, I fully expect us to be pushing to win a couple of games. I am proud of that age record, pretty good for a guy who did not get his first cap until age 32 and amassing some 56 in the next six years. (Ed. No argument on that, Ray!) I simply enjoy the challenges and have great fun playing. As for the other part; I have a teaching degree with majors in PE and Science but it is pretty tough substitute teaching a Home Ec. class! Really, I would like to pursue the coaching side. I hope to expand that role with the Seawolves this year. Maybe I will coach professionally or at a University or College – men or women, making my living and mark in this capacity. It is unknown but I have goals.”

Despite the deprivation of achieving the feat, Ray has been his usual realistic and positive self in summarizing his affair with rugby. Today we quote directly from Ray.


“Today is a difficult day for me as I have to announce my retirement from rugby, effective immediately.

During our Rugby World Cup qualifying tournament last November in France I sustained a brachial plexus injury that has kept me from training and competing since it happened. Over the last few months, I have consulted with Rugby Canada's medical staff, coaches and team doctors around rehab and recovery, and we came to the mutual agreement that it is not in my best interest to continue. My long-term health and wellness must be my main priority at this time.

This is an emotional announcement for me. Over the last 10 years I have tried to represent my club, family, friends and country with a high level of professionalism and over the last four years I have done everything I can to help Canada qualify for the upcoming World Cup in Japan and to live out a lifelong dream to play against New Zealand.

I am grateful for the unbelievable opportunities that rugby has given me in life. Never in my wildest dreams did I think I’d get to earn 56 test caps for my country, to win three Canadian Rugby Championships with the Ontario Blues, compete at a Rugby World Cup, Captain Canada's Men's Team, fly all around the world and to win a Major League Rugby Championship title with the Seattle Seawolves while meeting countless amazing people along the way.

I would like to thank my family and friends, along with all the people and clubs who supported me over the years. A special thank you to my partner Laura Russell, who has been here through it all, I love you. Thank you to my Canada Coaches Kieran Crowley, Mark Anscombe and Kingsley Jones who saw me as a player not an age. I enjoyed all of it and learned so much over my tenure.

In closing, it was a dream-come-true to be capped for Canada as it was my goal since learning to play in high school. To earn it at 32 years old allowed me to appreciate it more than ever and I never would have guessed that I’d play over 50 times for Canada. Every time I put on the Canadian jersey I get emotional and I can say that I never took it for granted. I hope that I have left the jersey in a better place than when I first received it. I will be the first person to cheer on Canada this fall in Japan and know that my friends and former teammates are going to rise the challenge!”

Thanks for the memories, Raymondo!