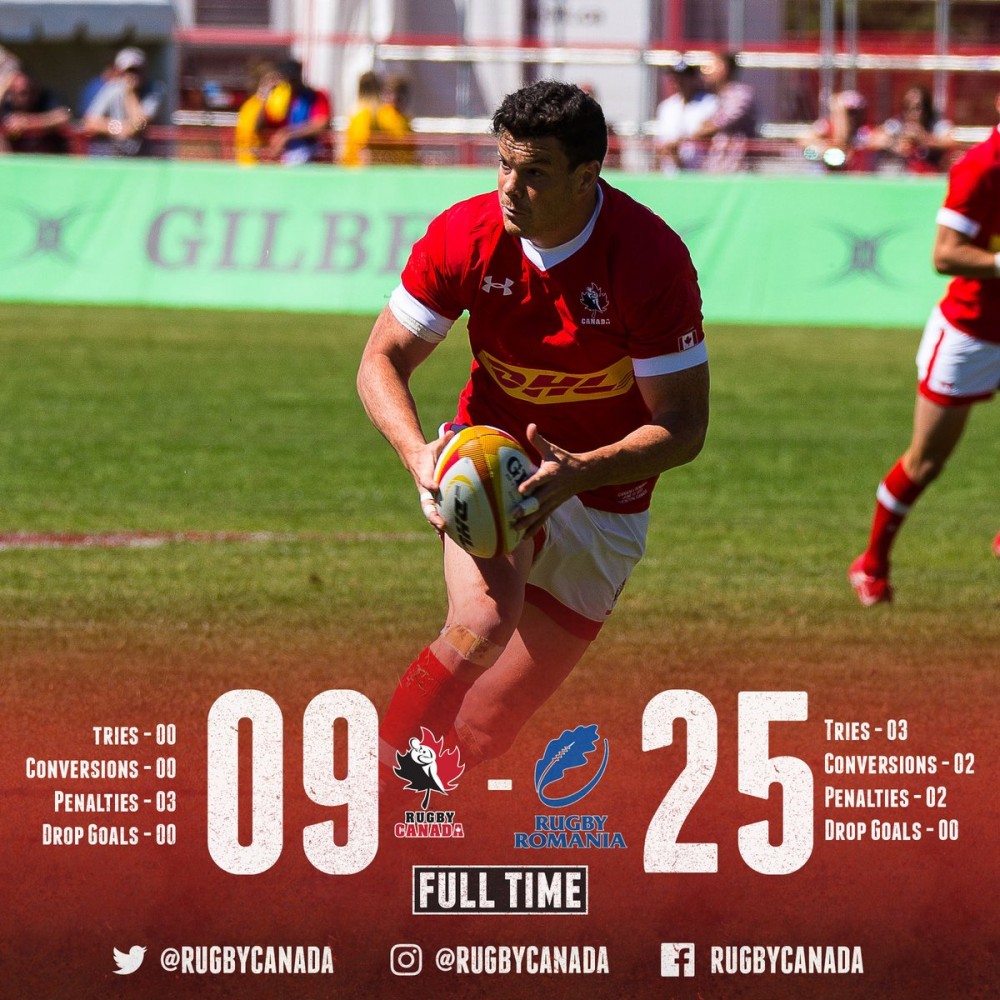 The absolute cock-up of the Canadian National Anthem at the NSMT Vs Romania match on Saturday was most unfortunately emblematic of that which was to follow. I cannot recall watching such an abysmal game of rugby for a long time, as well, Canada had a man advantage for three quarters of the match. The officiating was not of an international standard and the AR’s performances were not much better! There is precious little else this pundit can find to write about as once again, it was hard to be a Canadian rugby fan.

Having said this, I must compliment the forwards for a pretty dedicated application, with the lineout work being by far the better of the two teams. Olmstead, Beukeboom and Carpenter slaved and later, I liked the work and attitude of DJ Sears. The FRF had its moments but overall, our chaps are just not up to International benchmarks. Any positive effort was thwarted by a complete misunderstanding of what was going on, by the M-i-M. Canada did manage to shoot themselves in the foot with at least two tallies going begging. In the backs, the late insertion of Mack, finally brought some life and urgency to the day and definitely, although he was closely marked, DTH showed his class and was rather unfairly “carded” for a fair challenge in the air. The halves selection was a failure and Blevins killed a number of chances and even when he made a great play, tossed the ball to air when simple retention could well have produced a try. Finally, let’s not even get to the kicking choices and “skills” on a day, best forgotten.

It is easy to be an armchair critic. Romania has a professional league where Pacific Islander players can go for two years, earn their salt and make a National team with their chances of playing Super 18 footy at “home” being probably slim and none and their significant contribution today was not lost on this viewer. So, it is the U.S.A. for all the marbles! Watching today’s game with a former Canadian International, we rued the plight of the game, dropping to a ranking so low, with very little in the way of corrections and improvements seemingly available or on the horizon. It would seem to be hard, yet on the other hand easy, for the boys to ‘get up’ against perennial opponents, U.S., but whether they have the goods or not remains to be seen.

FOOTNOTE: How can a selection that defeated the U.S.A. U20’s, 46 – 12 some four or five days ago, drop a 27 – 25 decision? That was the case as well, disrupting the trifecta early! Positive spin? The U20’s have qualified for the World Rugby Trophy competition next season.

p.s. Opinions expressed are solely those of the blogger, not without putting money where one's mouth is, after years of working with the game at all levels.  The Ruggernut.