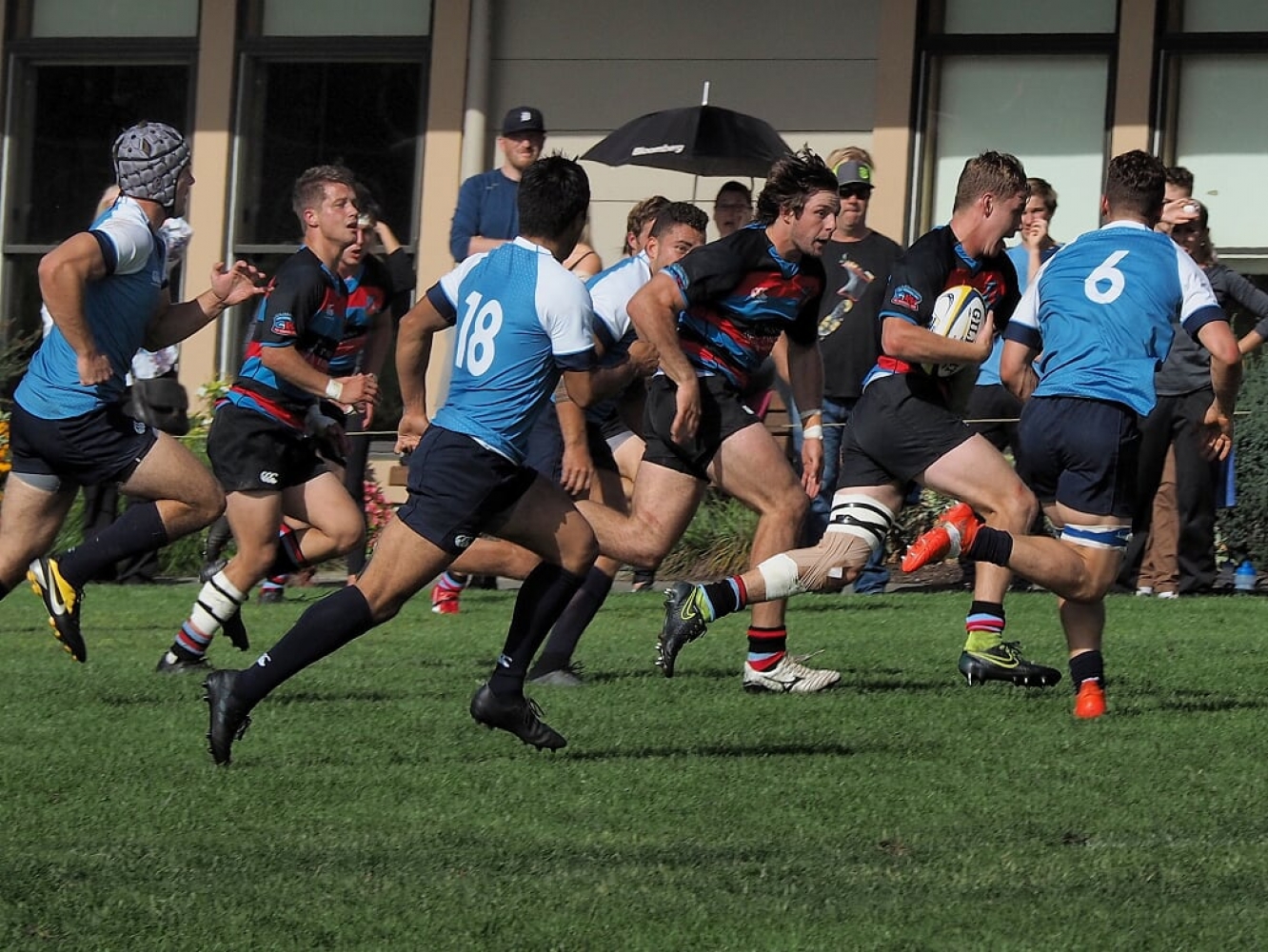 This site has provided a good picture of the visiting Vikes this week with few accolades for our boys. Today we will muse a little about The Tricolours. The teams match up so equally in so many ways and in so many positions that it is difficult to predict a winner. Will CW react and nullify U.Vic’s alertness? Who will win the battle of the loosies? Will the CW FRF dominate sufficiently? Who will prevail in the halves? Whose pace will tell the tale? The quality leadership of CW’s Stewart will be critical in keeping his troops engaged and focussed, although almost every individual is experienced and motivated sufficiently to not require such focus. CW has recently been adjudged by some to have had defensive lapses but one suspects this will not be an issue on Saturday. The individual battles will intrigue however it will ultimately be the best team that will prevail.

The CW pack, with few exceptional occasions, has been rock-solid with its scrummaging this season. Lineout work has been a little more sporadic but Stewart, Chisholm and Ilnicki in the air are without peer. The loose play has not been without its share of penalties but generally speaking, CW’s physicality has had an upper hand, led by the grafting of Dawe, Finnemore and Braddock. Clay Thornber is finishing with pizazz both in the tight and the loose and remains one of V.I.’s most under-rated forwards. The recent successes of Sawyer Heron on the flank from his former hooker position, have not surprised and he has really become an x-factor. Rounding out the tight five, be it Woolridge, Sponarski or Fawcett, all will be good value and in particular, Doug’s experience and motivation against his alma mater, should set matters off to a good start.

In the backs, will be where it becomes particularly interesting with both clubs having such explosive players. In seeking to open matters with wide attack, expansive passes will need to be implemented cautiously as the opportunity for the intercept will be particularly dangerous. At #9, Pitsy is playing some of his best rugby we have seen from him and he will be keen to keep Stewart in check. His partner at #10, Hall has quietly, efficiently and effectively erased the memory of Povey. Bradley is increasingly settling into his role in the centers and Kegode has earned his stripes. Morra, a late season re-addition has been extremely fortuitous and Adibe on the other flank is solid gold with a real nose for the attack and revelling in solid defense. Fergus Hall, another late season resurfacing has been an unexpected boon, replacing an injured Dalsin and probably earning the start on Saturday. Baying on the pines will be, Schelly, Dalsin and Morris, all representing seamless replacements.

CW has the home field factor as well to go along with the need to challenge themselves to get to the “next level”. Many of this week’s lads played in losing semi-final losses to students for the past two years and no matter the success of the season, the challenge is to win when the chips are down. Despite the closeness of the teams, based on recent stats, I like the experience and patience factors to take the day. The club urges all possible spectators to be at the park and be part of the 16TH MAN. Thus endeth the lesson – gotta go with the boys to win by a couple.