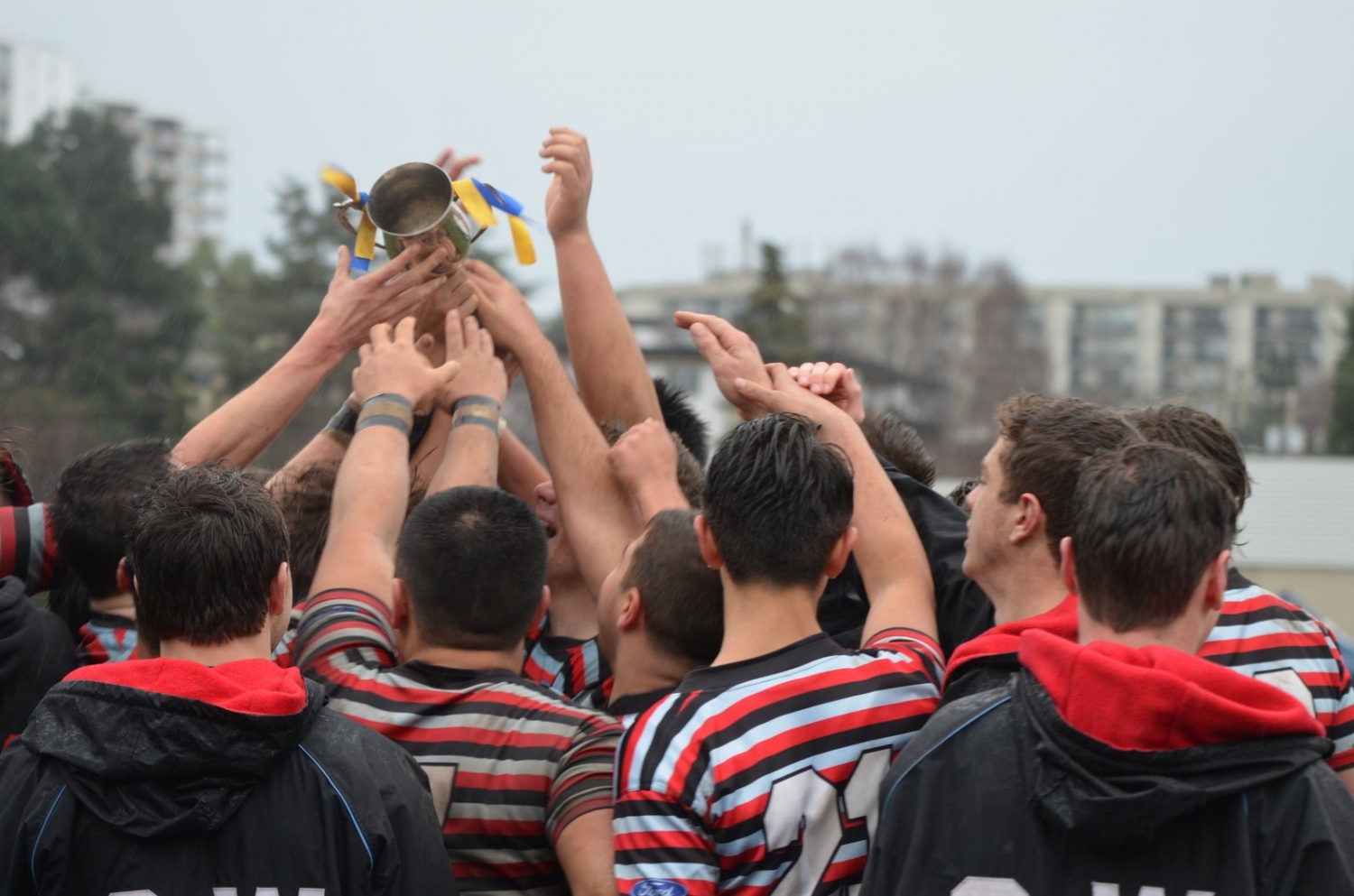 REPEAT VICTORS  Anybody who took in the B.C. U19 Men’s Final yesterday could not quibble with the fact that for 80% of the game the victors displayed a style of rugby that was incredibly effective and efficient in such inclement conditions. To risk playing expansive, running rugby under such conditions required faith on and off the field – faith in individual and team skills and faith that the players would stick to the plot. And so it came to pass. CW Boys defending their Provincial title completed the double and joined their club mates, CW U19 Girls, as back-to-back Provincial Champs - an impressive achievement!

The Tricolors, running “downhill” at The Mac wasted little time to press their advantage, having The Raven under the cosh early and often, denying their dangerous backs any time to get up a head of steam and confronting a bigger pack, perhaps somewhat surprisingly, with aggressive tackles and challenge in the scrums and the loose. The pressure was soon to result in the opening tally and it seemed like no time before the hat-trick was on the board. At 24 – 0 arguably, the TSN Turning Point occurred with The Raven, mustering solid attack and camping mere meters off the line, the local boys created a turnover at the maul and a big, rangy lock burst away with the ball. This lad showed a clean pair of heels over the next 95 meters for a try in the corner, - an arrow through the heart of The Raven! Another try was added for a 29 – 0 differential at the interval.

CW opened the scoring within minutes after the restart before Ravens earned a well-worked answer to make it 39 – 7. The Visitors, buoyed by their efforts, created more pressure and it all became a little hectic with conditions worsening and becoming a factor with the handling. The efforts were rewarded, 39 – 14 and a glimmer of the door opening was given to the boys and a strong group of Vancouver supporters. CW team captain, ‘Jacko’ Carson backed himself on his own side of half, chucked a dummy, threw a side-step, fended off a couple of ‘would-be’s’ and sixty meters later, sealed the deal, 44 – 14. CW added another before The Ravens closed out the contest, 49 – 21. This writer cannot find the superlatives for all involved. The level of play under such extenuating weather circumstances was a credit to all. The players, coaching staff and parents who have been so supportive of some of the CW lads for over a decade of their youthful rugby life! Thanks to James Bay for hosting and to the match officials.

Ravens did not go home totally disappointed and empty-handed as they took the U16 title, 14 – 13 over the hosts, James Bay. This contest was tight from go to whoa – the final play of the day. JB led 5 – 0 at the half and went ahead 8 – 7 in the second stanza. Ravens managed a converted try mid-half, although one had a sense that it was not all done. With time ticking down, the boys in blue forced the issue and managed to cross out wide. A supportive, vocal home crowd, along with visiting fans, paid the kicker courtesy, as hundreds were hushed with the convert lined up. It was not to be and a bunch of exultant Ravens spewed from all over to celebrate what will become in time for the participants, a memorable occasion. This pundit applauds M-i-M, Latoya Blackwood for an excellent job.