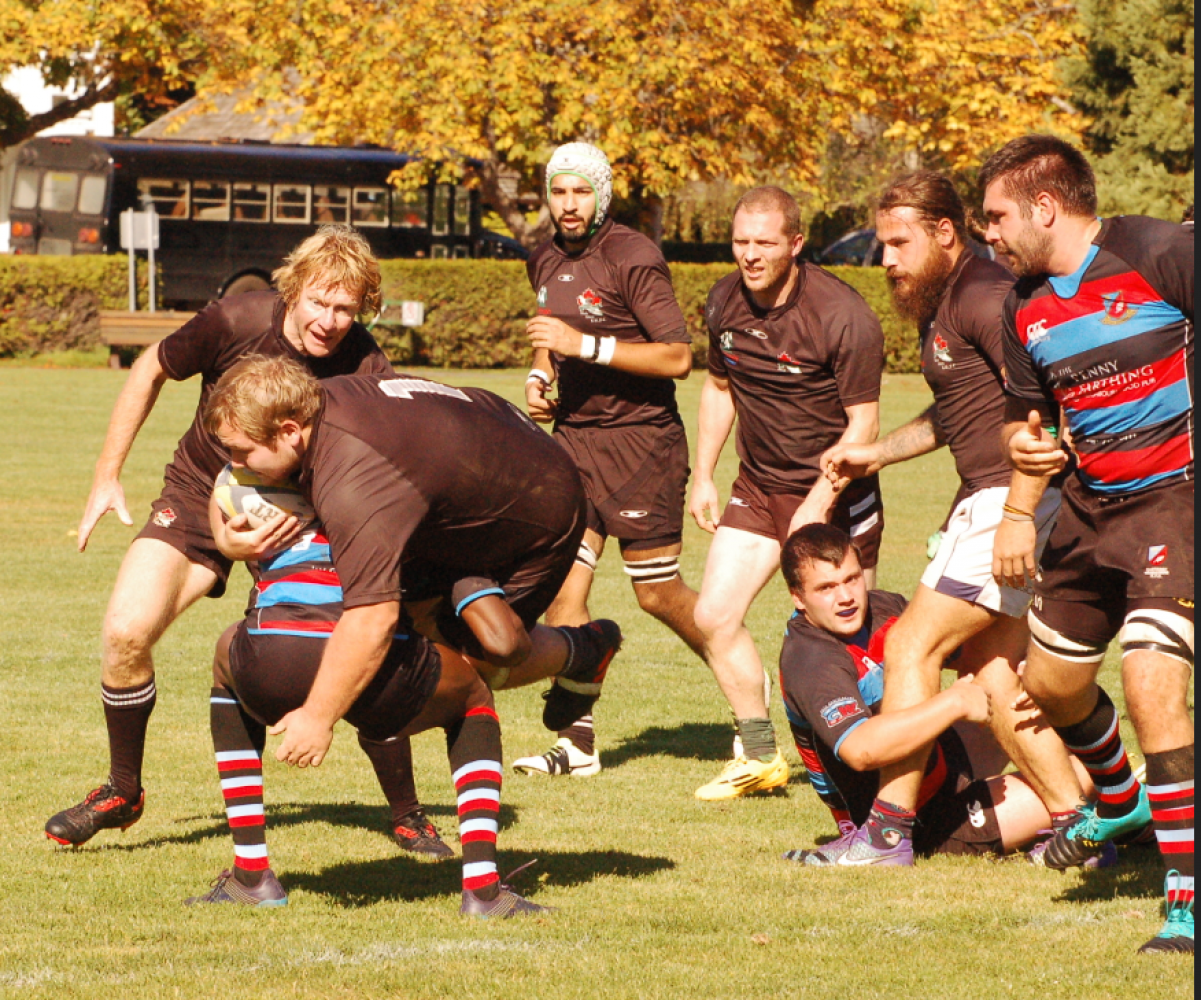 Today, a few words from The Sage on the sidelines.  It was a beautiful day at the House of Windsor……sun and blue sky and green grass…..awaiting the team from Port Alberni as they pulled up in their  Black Beauty….over the years a vision for any Home Team to expect a tough day ahead!

Unfortunately for Port, this day was not to be one of those memorable occasions.  There was no quit as they mustered nineteen points in response to a home team that was afire.  CW’s Divvies fired on all six cylinders, amassing a healthy total.

The CW Team gave the day’s "Hard Hat” to David Keta who, along with scoring a few, was very active with his tackling and support play.  Port selected Riley Ilnicki and Gareth Sandner as M-o-M whilst for the Visitors, this honour went to the #3 prop and fly half #10.  A special note of thanks for a job well done goes to referee, Latoya Blackwood.  Her experience as an elite player where she gained a formidable understanding of the game, gives players and spectators an opportunity to enjoy a truly well run encounter.

CW’s Islanders failed to meet an up-Island encounter Vs Comox, a “no show” not received well by the hosts.  CW has had a record of almost always being able to meet these long-haul affairs and it is with apologies that this failure was turned in.  The matter is not for this writer to speculate on but obviously the question of numbers is crucial for CW at this early stage.  Players are obviously there as home game contests have taken place and what may appear to our expected hosts as “cherry picking” is simply put, not good enough.

It would have been with a rather large sigh of relief that our National Senior Men would have boarded their flight home from Montevideo yesterday, after squeaking out a 32 – 31 victory over Tonga.  At 1 – 2, Canada end up ahead of their U.S.A. ‘A’ counterparts, who failed to win a match and Samoa finished undefeated in this America’s Pacific Challenge.  So, it’s full steam ahead now as the final preparations ramp up for the repecharge, the only questions being what will the selection look like?  So, well done, Canada, it’s been a long time between drinks.

On a recent visit to Victoria for a clinic on training designs and trends with coaches and players, Gethin Watts took time out to do a session with Shane’s U14’s at The Park.  Watts has been hired by Rugby Canada to consult with our age-grade and talent identification departments on a short-term contract. Watts brings a wealth of experience and rugby knowledge to the table and is eager to assist in developing the next generation of Canadian rugby players.

Watts has served as the National Performance Manager for the Welsh Rugby Union for the past six years and played a major role in setting up regional and national performance programmes, with a focus on elite young players.

“Gethin is a world class rugby consultant with expertise ranging from talent identification and player development to performance analysis and National academy strategies. We’re excited to have a man of Gethin’s calibre come over to share his knowledge and help develop the next generation of Canadian rugby players and coaches,” Rugby Canada.  (Ed. Gethin is obviously a talented and quality rugby man but one wonders if we don’t have similar individuals available in Canada who actually know the Canadian scene.  I believe this was formerly Kenny Goodland’s job. In the eyes of the powers that be, evidently not!)

Amelia Gordon’s name was omitted by accident from a list of five CW U18 girls at a National development Camp in Vancouver.  Accidentally overlooked due to the fact she was absent due to repatriation of a recent injury.  Amelia has already been recruited for the UBC Women’s team for her rookie season next year.  Wow!  You go, girl.