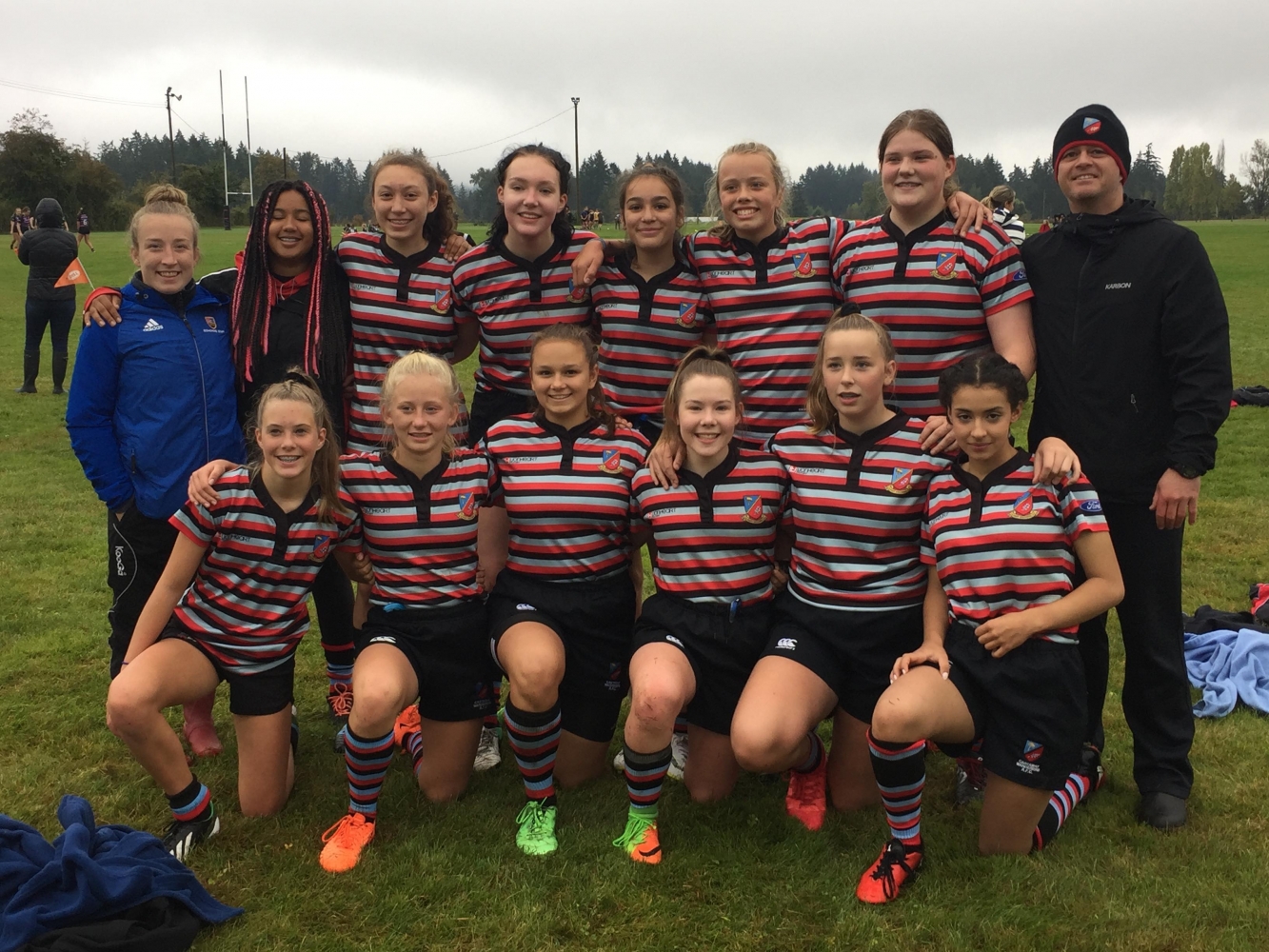 CW U16 and U19 girls travelled to Cowichan for a round robin tournament of games of Sevens Vs the hosts yesterday.  The Cowichan U16’s proved to be a very skilled group with an abundance of speed to boot.  The hosts simply had too much for the visitors, scoring tries with good linking, sophisticated booting the ball to space for speedy chasers, and a showing of other skills in all, providing a good learning experience for CW.

The U19 games proved to be the reverse of the above.  CW’s experienced U19 squad showed their strength and team cohesiveness from the opening game.   Emily Parker marshalled the back line and was the catalyst for many line breaks by the CW backs.  CW played an expansive game with lots of chances provided out wide.  Britt Gardiner was strong in all facets and there was one great passage of play with passing interchange between Chloe Hill-Huse, Britt and Emily in which the ball was exchanged between the three players for over half the length of the field.

The new, young talent in this CW squad bodes well as they prepare for the Kamloops tourney in three weeks.  Cowichan girls are much improved from last season and they improved from game to game on the day as well.  Both programs have healthy numbers and we look forward to future matches in the fall.

Coach, Kingsley Jones recently announced his roster for the upcoming Americas Pacific Challenge to be held later this month in Uruguay.  Canada ‘A’ will face Uruguay ‘A’, Tonga ‘A’ and Argentina ‘A’ as a good precursor to the repecharge playoff between Hong Kong, Kenya, Germany and Canada next month.  Current, recent or past-connected CW boys earn our plaudits – Hubert Buydens, Ray Barkwill, Dustin Dobravsky, Doug Fraser and “D.J.” Sears-Duru.  We give a strong shout-out to the whole group of 28, under the captaincy of Philly Mack and their management team.

This announcement segues smoothly into the following header; “Rugby set to adopt global 12-team test championship with plans for a second division.”

This article makes for fascinating reading.  Following a recent meeting in Sydney of the World Rugby Committee, it would seem that the possibility of such a structure is highly likely.  The sad part of the story was when I read of the teams being considered for the Tier 2 competition – Georgia, Romania, Spain, United States, Russia, Tonga, Samoa “with China and Germany contending because of the attraction of their powerhouse economies”, no mention of Canada!  I will not editorialize but would welcome comments on CW website or Facebook.