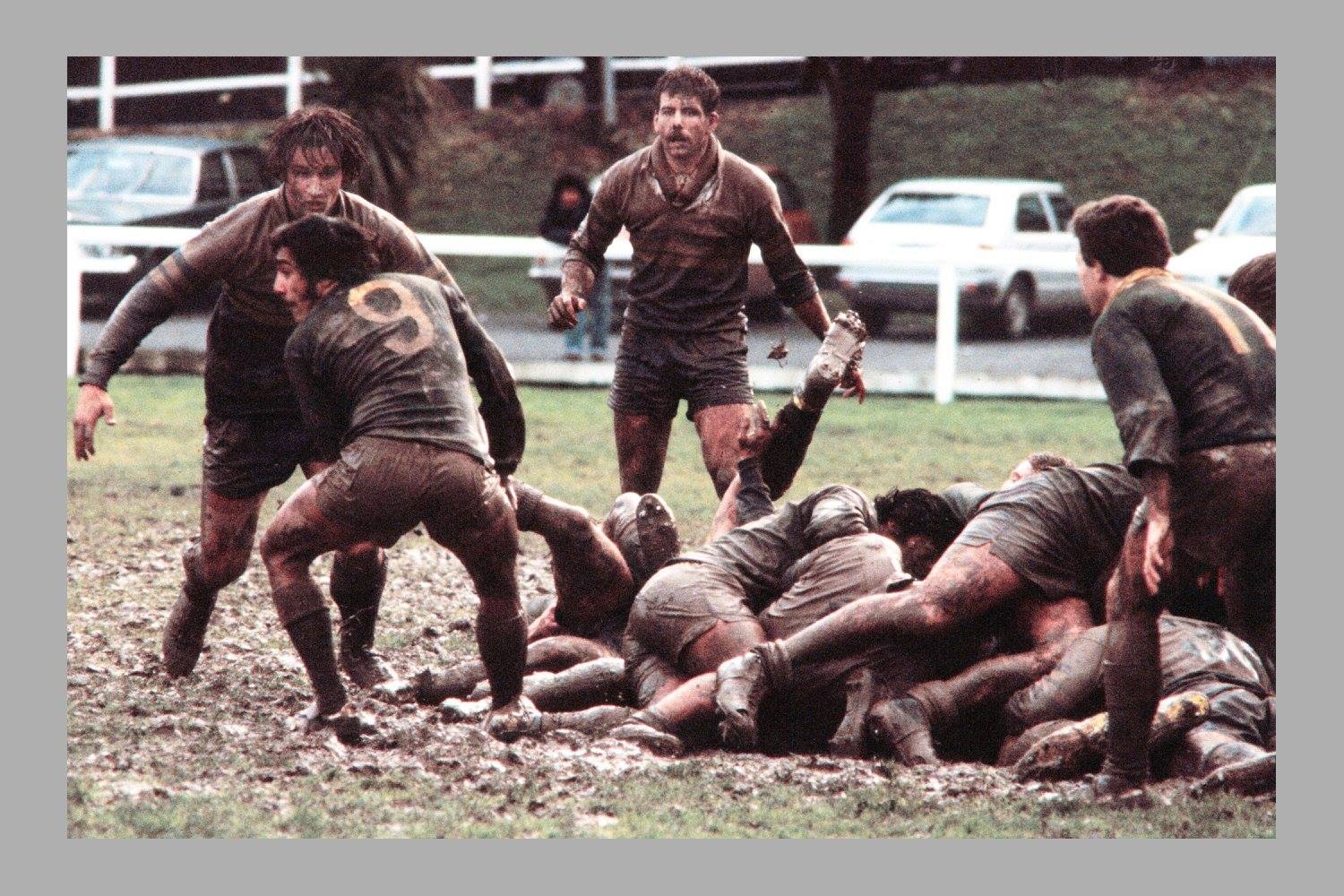 CW: Dave, you were a player of some ability. Can you tell us how you were first attracted to the game?

DC:  When my father was stationed in Chilliwack during my high school years, I played a multitude of sports including rugby. Rugby was not my main sport during those years, but in my grade 12 year, my father was posted to Belgium. It was there, that I took up the sport with the local military men’s team. At this point, surrounded by British military men of Welsh, Scots, Irish and English descent, I was introduced to the game's culture both on and off the field. We played in the Belgian 1st Division and had Sunday “tours” to play our games. It was at times, classic coarse rugby but gave me enough of an introduction to the game to want to play more. I was immediately attracted to the physicality and running with the ball in hand. I loved the expansive game and even though slotted in the engine room during my University years, I sought out the open spaces whenever I could.

CW: What teams did you play for? What are some of your most memorable occasions with the game of rugby?

DC:  I played at the varsity level at UVIC from 1980 to 1985, and was a member of the Tide squad for most of those years (either U19 or Senior). In my last year at Uni, I had a Canada trial for an Austrialian tour that summer. Short-listed for the squad, I was eventually asked to tour but having suffered an injury in the regular season, was unable to travel.  I had many memorable occasions with the game of rugby. All of the UVIC international tournaments were great memories. In my first year, we played Cambridge University in the final in front my first (& only) big crowd at Centennial stadium. It was likely only a 1000 people but it felt like much more!  I also recall one very intense match vs Sydney University under the lights at Wallace. It was one of those games that went by in a blur of intensity. When the dust has settled, we were tied a 22 apiece, a fitting result for a see-saw match.

As with many sports, it is the teammates and camaraderie that stays with you long after your career is over. My UVIC years epitomized that ethos and am still friends with many of my teammates from that period. The Valhalla spirit lives on and we still get together even after 30 years to relive those times!

DC:  Right now, my focus is on my wife and I’s nine-month adventure to Central/South America, Southeast Asia and the South Pacific (NZ, Australia, Samoa, etc.). I will, of course, follow CW and the progress of the programs from afar but will relish a break and come back refreshed for the next phase of the program!

WOW!  Thank you for your time taken out of your super busy schedule, as well as your contributions to our club. We wish you and your wife, Rhona, a most enjoyable, safe and interesting “sabbatical”. Ed.  Another very healthy and vitally important off-shoot of the CW Women's program has been the gender equity component, with the men embracing the introduction and success of their female counterparts.  Go, CW!

R.I.P., Blair Bellis. It is with sadness, we announce the passing on September 16th of Blair Bellis.  Blair played for the "Baby Blues" for many years, mostly on the wing or at fullback.  He was ready at the drop of a hat to fill any void that seemed to often occur in the 80's!  He was a gentle man who showed much wisdom, if one stopped to have a brew with him.  He relished his time as a player and continued his patronage at The Temple and The Park until last season.  Our sympathy goes out to wife, Judy and daughters, Bleiddyn and Rhianydd.

CWRFC congratulates NSMT new Head Coach, Kingsley Jones.  We bring a snippet of info from RC;  Kingsley won 10 caps for Wales as a flanker between 1996-1998 and also played professionally for Worcester Warriors, Glasgow, Gloucester, Pontypridd and the highly esteemed Barbarians.  Following his retirement in 1998, Jones began coaching professionally full time. Over the last 14 years he has amassed international test match experience as Head Coach of Russia, along with the Pro12 and eight years in the English Premiership, attaining silverware in both Premiership and European tournaments.  "I am delighted to accept this role with Rugby Canada and I'm excited to meet the players and staff and begin preparation for an important period for the team. My family and I are very much looking forward to moving to Canada and immersing ourselves in the culture and all the country has to offer,” said Jones.“Every coach wants to work at the highest level and compete on the world stage, I’m grateful for the opportunity and very much looking forward to working with this group of talented and committed players,” added Jones.“Our immediate priority is attaining qualification for RWC2019, this is critical.
Critical indeed and to that end, Canda has the following upcoming schedule; Canada’s Men’s Team is set to face the New Zealand Maori All Blacks in Vancouver on November 3 in a highly-anticipated contest. Less than a thousand tickets currently remain for the lower bowl at BC Place.  Canada will then fly to Europe for their annual November tour, where they’ll face Georgia, Spain and Fiji (details TBD).  Along with World Rugby ranking points, these test matches are crucial for helping Canada prepare for a busy 2018, which includes the qualifying series against 18th ranked Uruguay. The winner of that qualifying series books their spot in Pool D, as the Americas 2 entrant in Japan in 2019 and will face Australia, Wales, Georgia, Fiji while the loser will have one last chance to qualify in the repechage in 2018 to join New Zealand, South Africa, Italy and Africa 1 in Pool B.
WHERE IT ALL BEGINS!