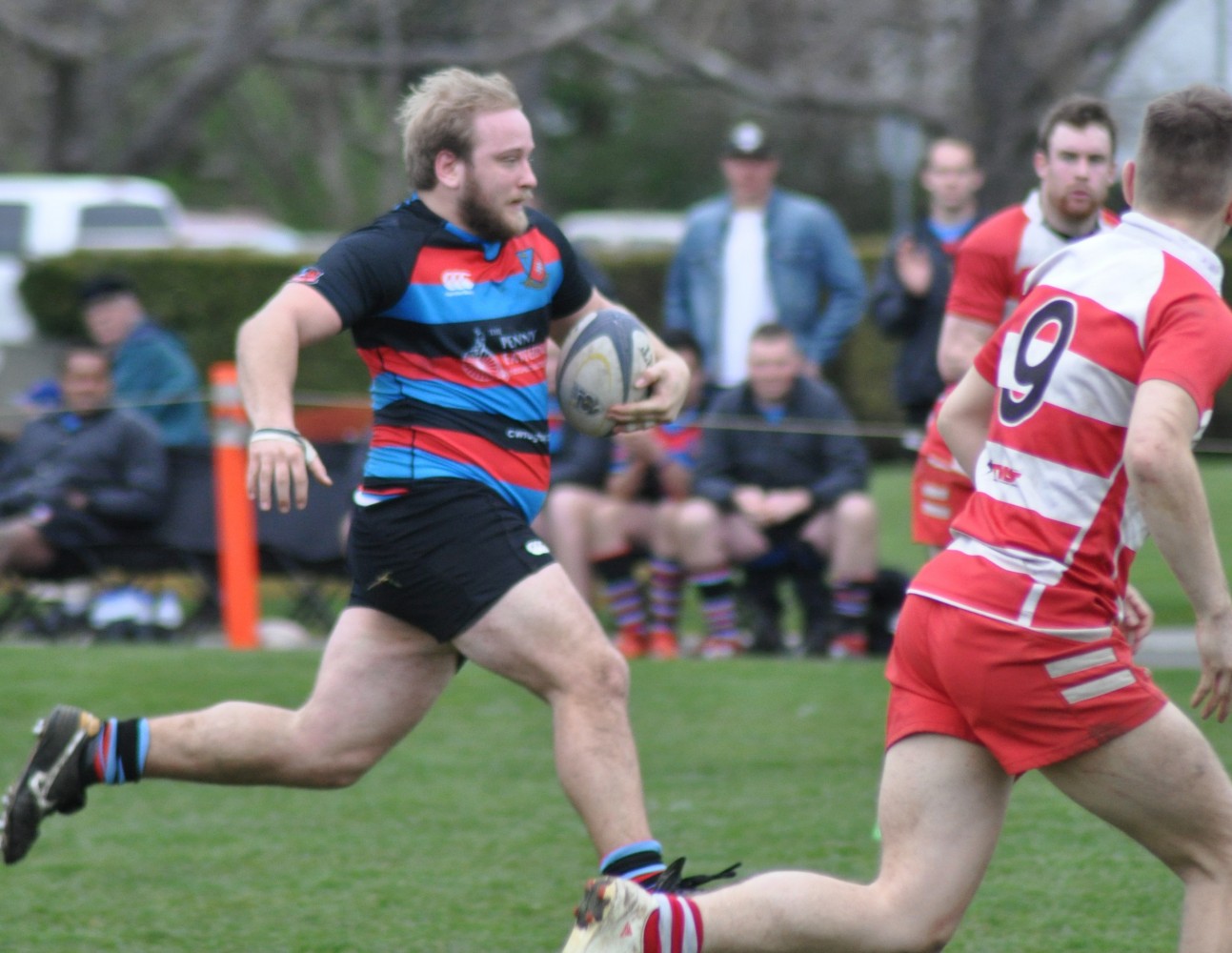 CW teams had a mixed bag of results on Saturday. For the CW Women Prems, the rubber has hit the road as the gap between contenders was widened at Cowichan on Saturday, with the locals dishing out a fairly convincing, 46 – 24 score line. With only seven comp points after six games there is much work to be done by our ladies over the remaining seven matches if a playoff spot is to be earned.

CW’s 2nd Div hosted cross-town rivals, Westshore and were hoodwinked, 17 – 7 for their first loss in four. Next up for The Twos is a Tour de Comox. Despite the loss, we throw out our kudos to the men, fielding three senior teams on one day including over fifty players. This time last year such a feat would be way beyond the realms of possibility.

Our men, Prems and Ones, came home from Brockton with two scalps from The Boatmen. Today’s reports come compliments of Sage who was on the sidelines.

Weather was picture perfect for rugby, along with the Don Bradman acclaimed; “Prettiest setting in the world”, being the canvas for the day’s games. The Ones had field advantage for the opening quarter. They were denied with stout tackling and on one foray, the ball was turned over and the hosts worked it downfield to convert for the first points. Play continued disjointedly, with neither team capitalising on field position nor the ability to string phases.

The second stanza opened with a different CW team. Possession was stabilized and big lock, Hayden Evans scored. CW was next to score when newcomer, Cody Milne crossed after some quality inter-change. This score remained the difference. CW Players Player was awarded to prop, Damon Adams. Others to stand out were forwards; Evans, Hohert, MacLean and young gun, Ethan Hager. ‘Onyas, Ones! Ones: T: Evans, Milne. G: 1pen, 1conv, Gerhardt, 17 – VRC 14.

The Prems epitomised that a commitment to pattern and team play can mostly provide the recipe for success. The continuity of selection, process and commitment, paid off for the W. The first half was a saw-off, tied at eight, Rowers being brave on defence and enterprising enough on offence. The Visitors retained possession and hammered away only to be rebuffed.

The second half opened with a different pace and aided with good possession and retention, CW moved play from side to side. This expansive back play supplemented with hard rucking and running from the pack eventually wore the Home team down and for the last quarter, the dam burst. Action culminated with a classic run from Burger Thornber and resultant tally. Clayton earned the Players’ Hard Hat (a fashionable ferry accoutrement!). Others to show – the return of Jo Mo who evidently did not let us down, given some pre-game scepticism, he was threatening with every touch. Dalsin was lively and his late game replacement, Di Nardo, opened some eyes with his play. Thornber and Polson were the pick of the pack, with the latter’s loose ball play, a real clinic.

T: Fraser 2, Stewart, Thornber, Di Nardo. G: 1pen, 1con, Dobravsky. CW 30 – VRC 8. The “comfy” bonus point win sees The Tricolours in second place on the league table. Next Saturday’s encounter at McDonald, the fourth for the season will be interesting, to say the least. (Ed. Thanks to The Sage for his usual erudite synthesis of the action.)

Elsewhere in Vancouver the NSMT lost, 51 – 34 to the U.S. This is the sixth loss in a row for the men against the U.S. and really throws down the gauntlet with two matches upcoming to see who will be the America’s #1 for the upcoming RWC in Japan (2019). The men were slow out of the gate, down two tries in ten minutes. They fought back however, the difference at the break was still ten points. By the midpoint of the second stanza, the score line read, US 37, Canada, 15. The loss douses any hopes of a second place finish at the current ARC tournament.

Bid on a two night stay at the fabulous, Wickaninnish Inn, celebrating its twenty-fifth year of operation at CW Dinner

Clue #5.  Our guest speaker actually did play some rugby in his time!  Pictured, he makes an unscripted “old school” tackle as a youth.  Perhaps not textbook but certainly effective!