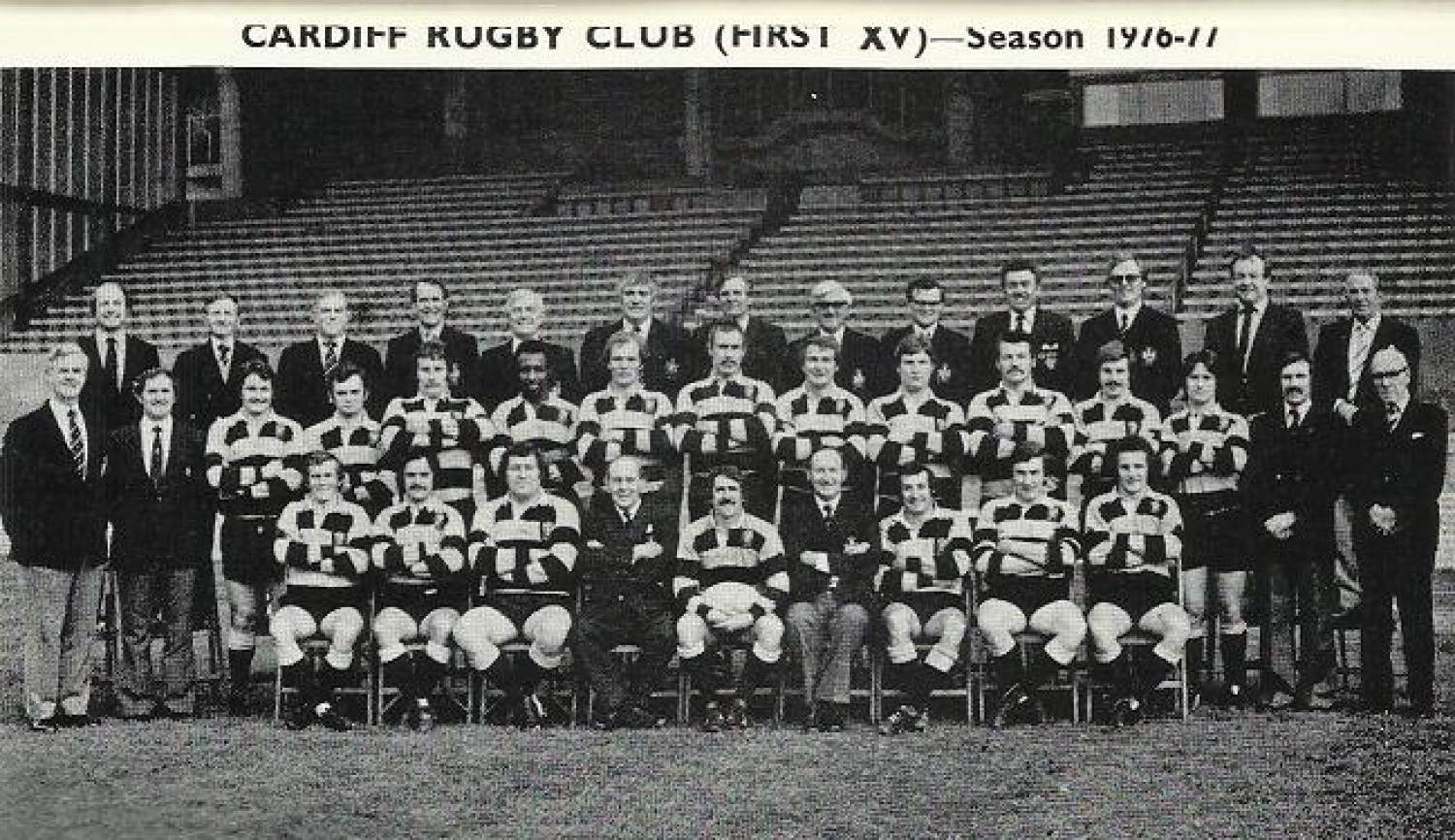 Writing about Shawnigan’s Centennial and Gareth Edwards yesterday brings to mind, Edward’s beloved Cardiff touring Canada in their Centennial year, 1977.  Cardiff had  completed a pretty good season with Gerald Davies as Captain, they had just been nutted out against Newport, losing the Welsh Cup, 16 – 15 however winning some 34 of their mammoth scheduled, 48 games – now that’s some season of rugby!  It was due reward that they visited the “Colony” with full gusto.  These were times when Victoria and our storied Crimson Tide delighted in hosting incoming tours and managing to sabotage the odd one with (to the visitors), an unexpected victory!  This was to be no different and to the warriors assembled for the Island, it was just another rugby team, albeit, a pretty good one.

I quote from the Cardiff President; “The tour to Canada at the end of May and the beginning of June was a very happy one. We tried to play open rugby but were somewhat frustrated by the narrow pitches and the physical fitness of our opposition. However we won five matches on the tour, losing only our first game against the Crimson Tide XV at Victoria Island. The management, captain and all the touring party are be congratulated on their impeccable behaviour both on and off the field. I was certainly proud to be chairman of Cardiff RFC on this happy tour with not one complaint of damage or bad behaviour.”  (Ed. Well done, Cardiff!)

The locals had some pretty good lads of their own and assembled for the fray were; Casey (“Saber”) Walt, Ray (“Budge”) Rogers and Mick (“Bolt”) Eckardt, the formidable James Bay front row.  The scrum was locked by Hans (“Dutchy”) De Goede and Bevan (“Shucker”) Grant. The loosies were John (“Wolf”) Davies, Gary (“Geeg”) Grant and tail up was Gary (“Scrapper”) Johnson.  The backs featured Daryl Noulette, Cliff Yorath, Alistair Palmer, Stu Barber, Ian Benson, Chuck Shergold and Jim Wenman.  It was a good bench but in those times you played eighty unless you simply could not continue and I think it was only Pat Simmons who got on the park.  The Tide caught the Welsh, who had viewed Canadian International matches in their lead-up, very unawares, taking the game to them in every aspect and thwarting their vaunted attack with a loose forward frenzy, totally unexpected.  After an early lead by the locals, Cardiff came back to tie, 17 - 17 but it was a Viking connection when the mercurial GG made one of his patented breaks and fed to Liar Benson whose pace caught the defence unawares.  Stu Barber added another to make the difference insurmountable. Every man played his part and when it was all over and Cardiff found out that Hans had thoughts of playing some rugby overseas, he was courted with open arms and went on to become one of the club’s favourite sons at their famed, Arms Park.

For those who were not around forty years ago, it is hoped that you might picture this famous event in Island rugby history and for those who played or were present, a recall of a great day!

Doings at The Temple

The unveiling of Baylis’ Bar was the center of Friday’s Happy Hour gathering.  Wonderful memories of a true character.

Former team mates and their families gathered for “sociables” yesterday to share tales and tell lies with the visiting Dodds family.  A good time was had by all.