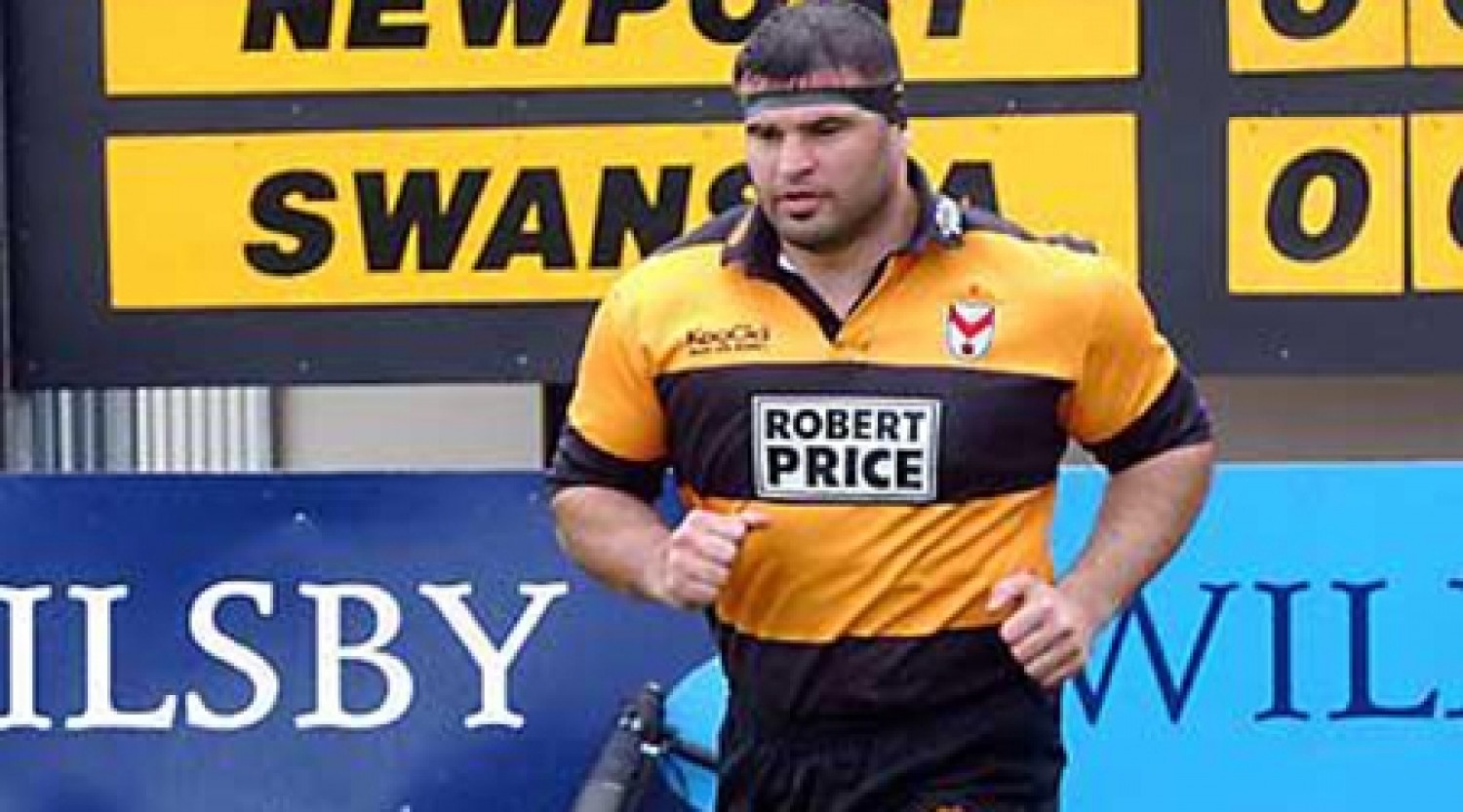 Rod Snow was honoured by Newport on the weekend, being placed in the Newport RFC Hall of Fame. “Codfish” Snow made 190 appearances for Newport over a decade long span. He’d go on to make forty appearances for the Newport Gwent Dragons after the regionalization of Welsh rugby in 2003 saw Newport become a feeder club for the Dragons.  Snow made 62 test appearances for Canada, the most of any prop in Canadian rugby history and sits tied fifth for most all-time with Canada’s top point scorer James Pritchard.

The 46-year-old Newfoundland native also played for the Barbarians against Wales in 1996. In 2005, Snow returned home and helped the Rock claim the Canadian championship that year, a feat he repeated in 2006, all while working as the project manager for the Newfoundland and Labrador Sports Centre, a new development that will upgrade the current Swilers RFC complex into a multi-sport provincial training centre.

Playing in his hometown of St. John’s, Newfoundland, Snow grabbed the winning try for Canada in their 2007 Rugby World Cup qualifying match against the USA. Snow retired from all forms of rugby in 2012, making his final test appearance against Australia at the 2007 Rugby World Cup where he joined a rare group of Canadians who played in four Rugby World Cups.

Oak Bay Barbs lost their second on the trot to St George’s, 22 – 25 in a very well-played match last Friday. In other "interlock" action, Claremont upheld Island honours beating Lord Bing, 36 – 22 and SLS, #1 ranked, flexed their muscles against Earl Marriott (#5), 57 – 8. In AA action, SMUS justified their second place ranking, beating Collingwood, 36 – 5 and Glenlyon was nutted by Southridge from the Valley, 28 – 24.

The North Island Tsunami achieved a well-deserved victory over the South Island Tide, 43 – 41 on Saturday in Nanaimo. The south team announced was not fully the same crew that dressed.  Watching the video (compliments BC Rugby News), there were some glaring problems with the south, most notably a front row that went backwards at a rate on knots and a tight-head scrum allowing the winning try was the final debacle.  As a matter of CW interest, Thornber nor Morris did not play.  Matt Taylor did some good work in the lineout and was lively enough in the loose and Nate Thomas was off early with injury.  Anton Ngongo finished with two tallies and interestingly enough, a number of converts although he did suffer the ignominy of having one blocked which may have been the critical tie!  The selection to face Vancouver Reps at Westshore next Saturday will be of interest.  For the south, U.Vic’s Crosby Stewart at #9, was the standout and JBAA’s, Nieuwenhuysen was also noticeable amongst the backs.  For the north, there were many forwards who raised their hands and I suspect the Island team will contain a majority of these lads.  The north looked better prepared, except for the odd miscue on defence and they had the better of the attack.  It would have been a rousing night at the Log House!