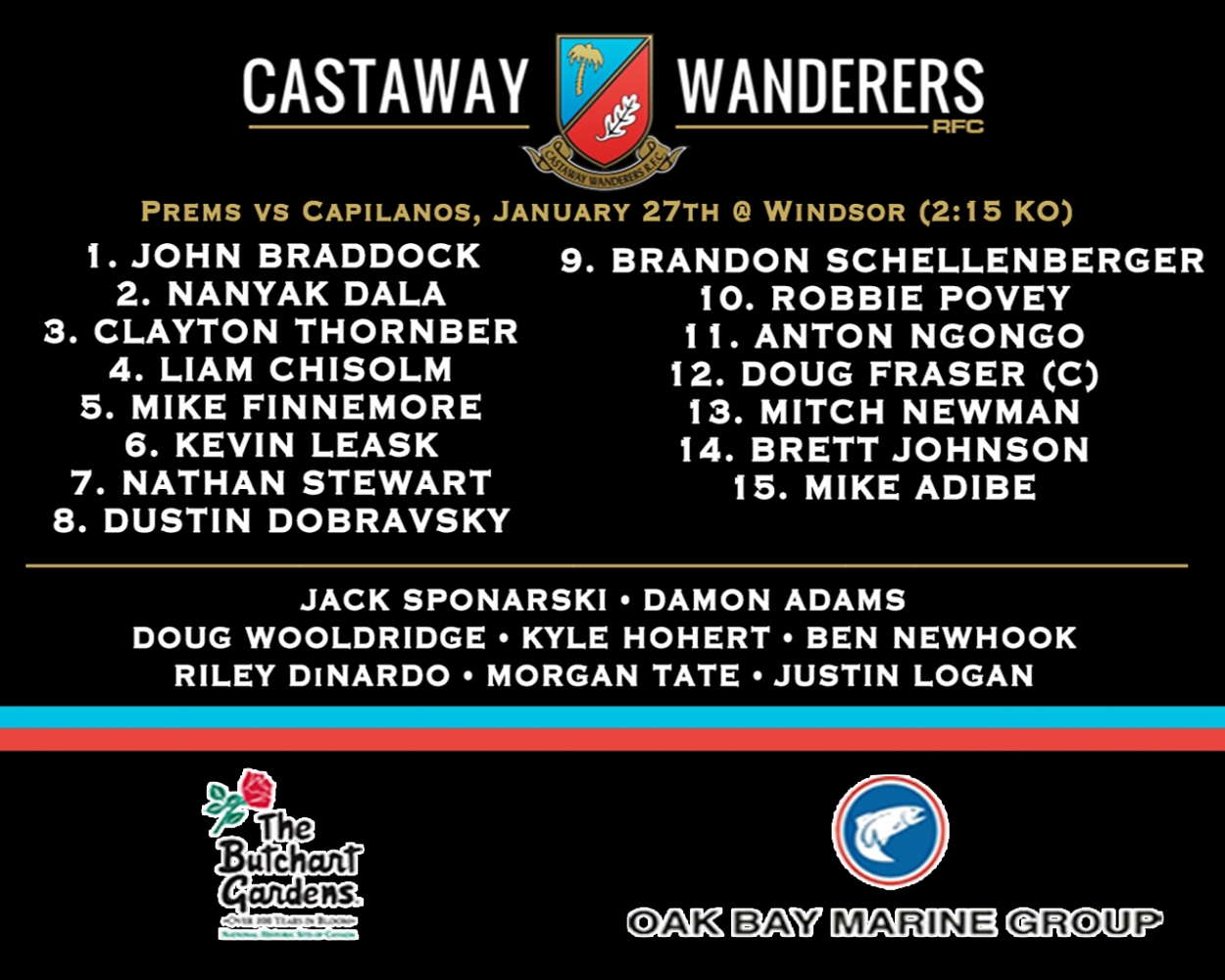 It was back in mid-November when The Tricolours travelled to Klahanie and had a banner outing.   The Reserves squeaked by with a 24 – 23 win over Caps and the Prems stepped out with a champagne, near flawless game, 52 – 14.  Mucho agua under the bridge since then but Saturday sees CW fielding as strong a combination as it has assembled for some weeks.  The Reserves will consist of a strong pack with Damon Adams out to prove his carding against Caps on the previous meeting was an impetuous action.  Adams gave yeomen’s service to the Prems last week in a deputising capacity.  He will be joined by Hohert, Newhook, Yama and McLean, in what could be a rampaging production.  However, we have had that prediction before with this group, so we’ll see if they can actually produce a full eighty minutes. The backs will have Tate, Logan, Winser and Keta leading the way.  So, it is a good combo and should provide interesting viewing.

The Premier side is solid from #1 to #15.  Braddock has been a late withdrawal, failing to pass his fitness test and Sponarski comes back into the FRF where there is an unusual sighting of Yak Dala at #2 – what a club guy!  Liam Chisholm has finally shaken his injury and looks keen to be back on show and ‘Big Mike’, introduced midweek will join him, locking the scrum.  Leask, Dobravsky and Stewart are the loosies – formidable!  In the backs, Captain Fraser is back on the job and will join Mitch Newman in the centers.  The Magician, Johnston and Adibe have all retained their spots as the back three.

Caps bring a young squad to the fray and good for them for "manning up" when many might have wanted to be at the “Test”.  Evergreen, Glen McKinnon will lead the side and we always enjoy watching what this man brings to the pitch, his fervor and loyalty beyond reproach.  Neil Courtney will be in the front row this time round.  Chris Robinson at #9, always a threat and Sam Franklin at #15 will be one to watch, the rest being unknowns to this writer.  Unfortunately, for Caps this is two consec. weeks of Island Roadies, always a tough task.  I am sure CW, post-game at the Temple and maybe (?) a late ferry home after a Canada win on TSN will be of some salve for the men in gold.

Whilst on selections.  It is with a sigh of relief that the NSMT have gone with a proven #9/10 selection with Mack and Braid for their match against Los Teros on Saturday (5:00 p.m., TSN).  Braid is not exactly a forte with the boot which leads us to think the boys will keep hard-earned possession in hand and try to use their outside talent of DTH, Hassler and Parish to cross the line.  The forwards, strangely enough led by a “CW FRF” – Ilnicki, Buydens and Barkwill and joined by Beukeboom, (tested and work-horse) and Larsen in the engine room, rounded out with loosies, Ardron, Olmstead and Heaton, should more than “hold their own”.  There will be plenty of shouts from The Temple and those at home on V.I. who, for whatever reasons could not make the trek – go, CANADA!

“Sweet Caroline”.  CW’s Caroline Crossley opened Canada’s day with the first try of the game against Fiji in Sydney.  Noted Caroline’s parents, Dave and Rona in the stands – what a buzz!  The women went on to win all three pool matches, the last of the day against a tough Russian side.  NZ and Australia, also at the top of their pools will be ultimate tough opposition but first it is France in the quarters.  You might catch this one today, "so good, so good", at 3:50 (PST) HERE.

Things were not so successful for the NSMT, going down 52 – 5 to the Scots in a day of BIG scores in the men’s pool games.

FOOTNOTE; CW Women’s Prems not announced at time of post.