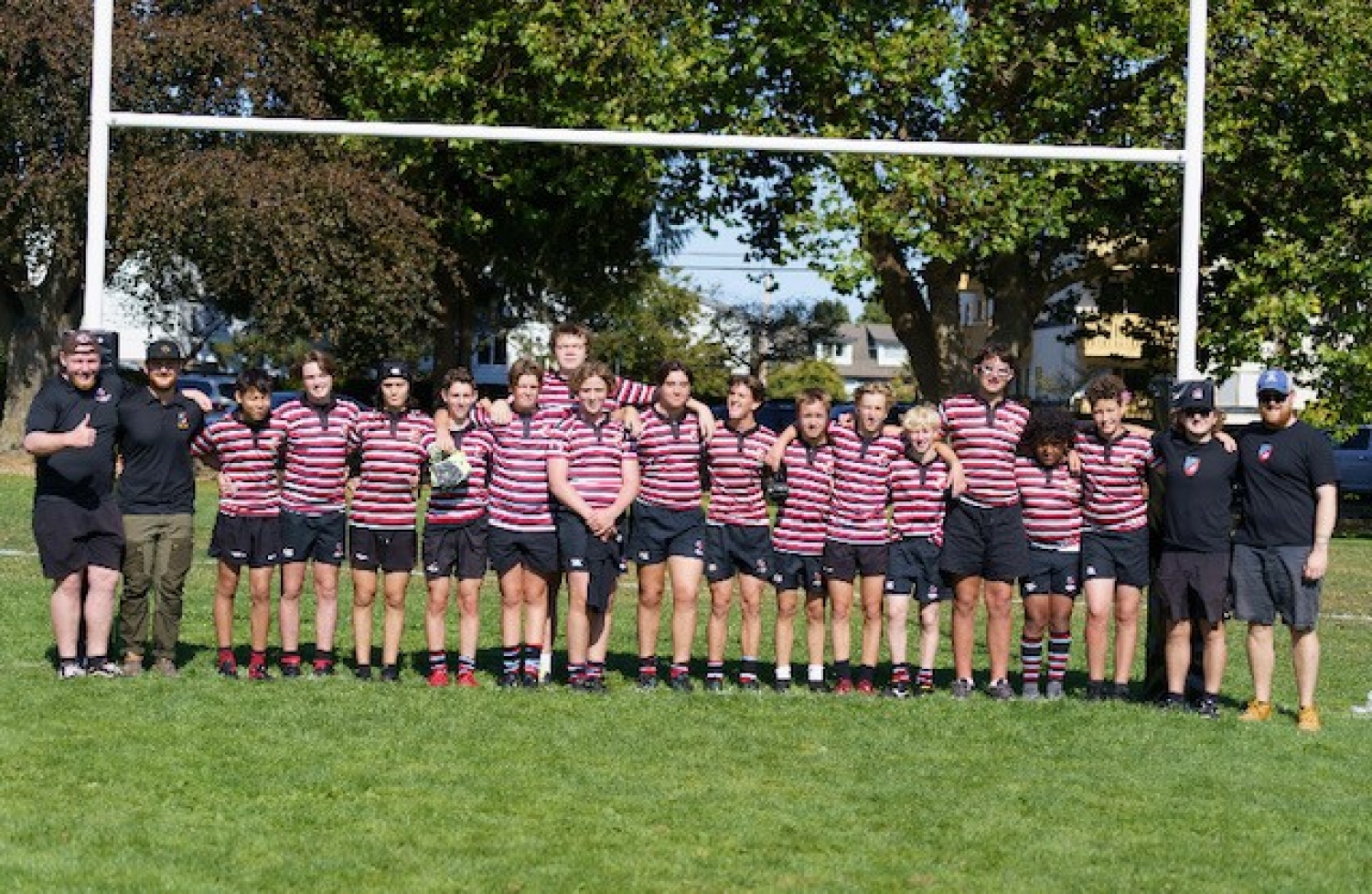 Boys Age Grade Director, Byron Mc Allister reports in with some weekend results.  CW’s U14 & U16 lads were in action at the James Bay Jamboree Sevens and went undefeated in play.  A great day for rugby and lots of fun for the lads.

There was action aplenty across town at Westshore RFC when they hosted a tri-club U18 Jamboree.  CW lads dropped a two-pointer with a missed conversion against the Hosts and won 12 – 0 against Vancouver Meralomas.  The competition was evidently tough and close.  Good for Lomas for making the trek on Sunday morning.  This is the spirit that will grow rugby in BC.  This pundit thought a feature of the day was opposing team reps presenting awards and MVPs to their foes and mutual applause all-round – gotta love it.  The respect of rugby reigns supreme.


Next on the docket – Senior Men Vs Westshore, Saturday at Windsor.