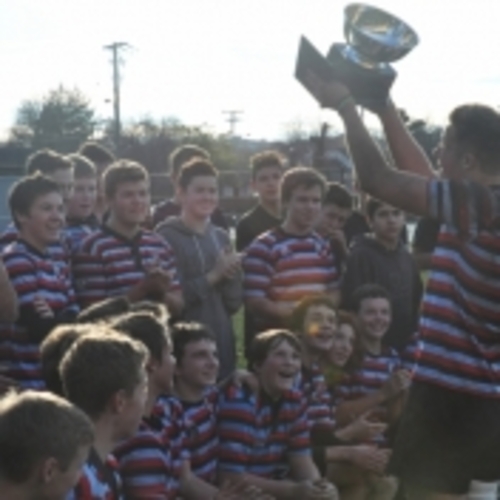 Rugby fans who took time to watch the two matches at Windsor Park on Sunday, winding up the V.I.R.U. Juniors’ (U16 & U18) season were treated to some excellent rugby.  The action started with CW playing some champagne rugby for the assembled throng, taking on the Velox club in U16 competition.  Velox, unfortunately, lost a very good player in the early going but on the day, there would have been very few players that might have made any significant difference to the final score line.

Everything “clicked” for CW,  in no small measure to the boys’ dedication to preparation, working on skills, both individual, unit and team, right throughout the season. The interpassing was accurate, the lines of attack and pace were scintillating, the retention and support were constant and the running from the big guys was uncompromising.  In all, it was team play at a far more mature level than is normally observed at this age grade.  Although Velox stuck to their guns to the end, they had no answers for the waves of attack and were denied much possession to set their own speedsters on the loose.  The end result was a lop-sided; nine try victory for the Home team.

With three minutes remaining, Tyler Mc Diamird culminated an excellent game when he bulled his way over to regain the lead, 29 – 24.  As is often the case at this level, it’s never until it’s over and Comox took advantage of a tired effort on the tackle, advanced at pace and scored out wide to tie the game.  The ground was hushed as the kicker struck – putting it ‘right over the black dot’, 29 – 31!  Injuries had paid a toll for Ceedub but Comox were good value for the win, congratulations Comox.  HUGE THANKS again, to our coaches who did a sterling job and manager, Peig Masterton, along with the parent crew of the boys for all of your support and work during the season.

CW offers THANK YOU to match officials of both games.