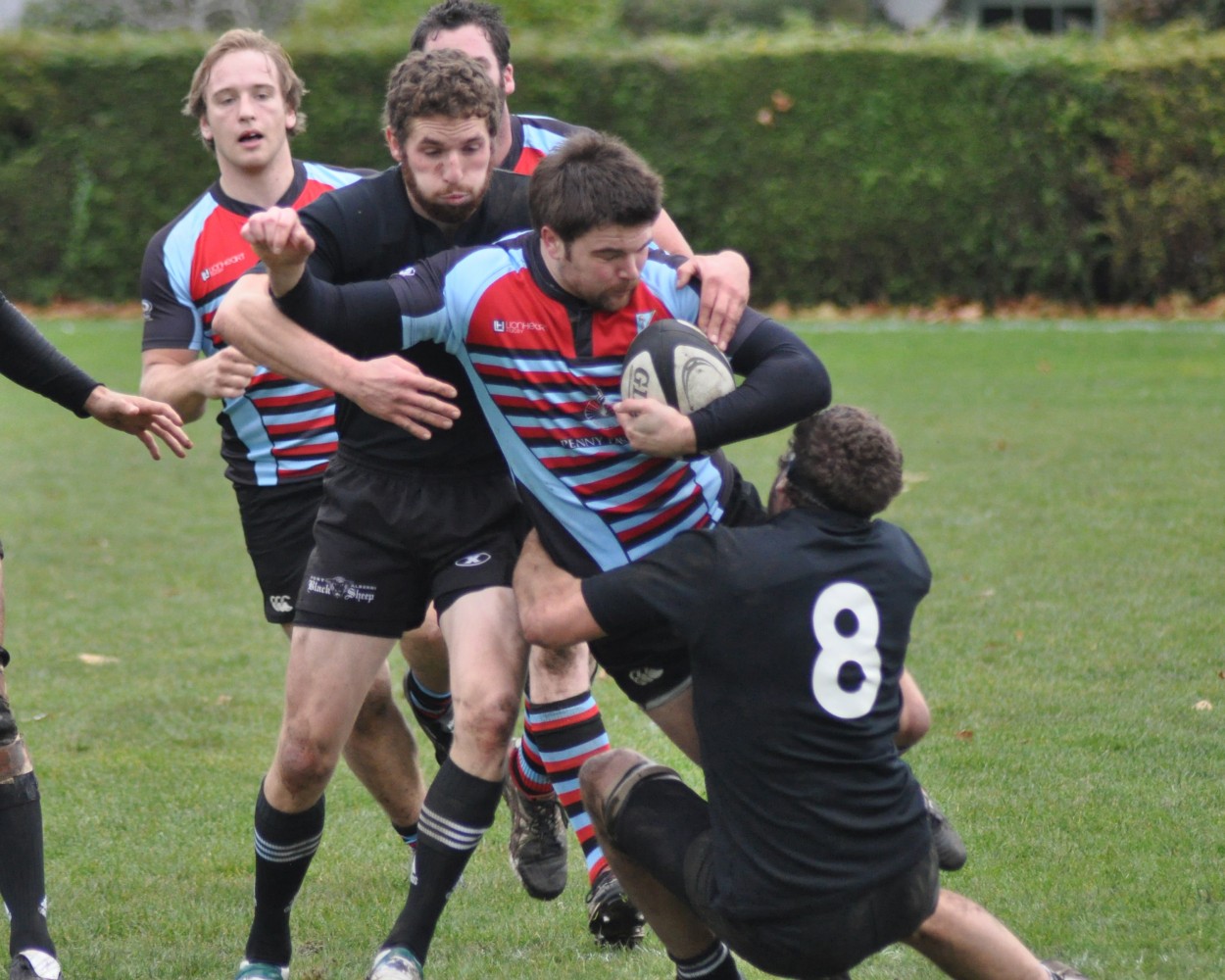 The photo depicts the black wall of Port Alberni defence!  The teams concluded the first half at a score of 17 - 14 to the hosts and that was how it stood as iron clad defences dominated a second half that may have left the visitors with a BIG what if?  Congratulations to Port for a wonderful playing surface in winter wet conditions. The locals threw plenty at CW although flow from both sides was punctuated by the tackling. So, to the winners go the spoils - four points in this case and thanks to newcomer, Jordan Pritchard's brace, the visitors earned a bonus point.  (Ed. - Looks like your try scoring episodes, Jake, have already been eclipsed by your hometown mate!)  Stay tuned for some good skinny on next week's opposition - the Seattle Saracens.

POSTSCRIPT: The boys send their thanks to Port for their hospitality and Jas for his organisation-'onyas!