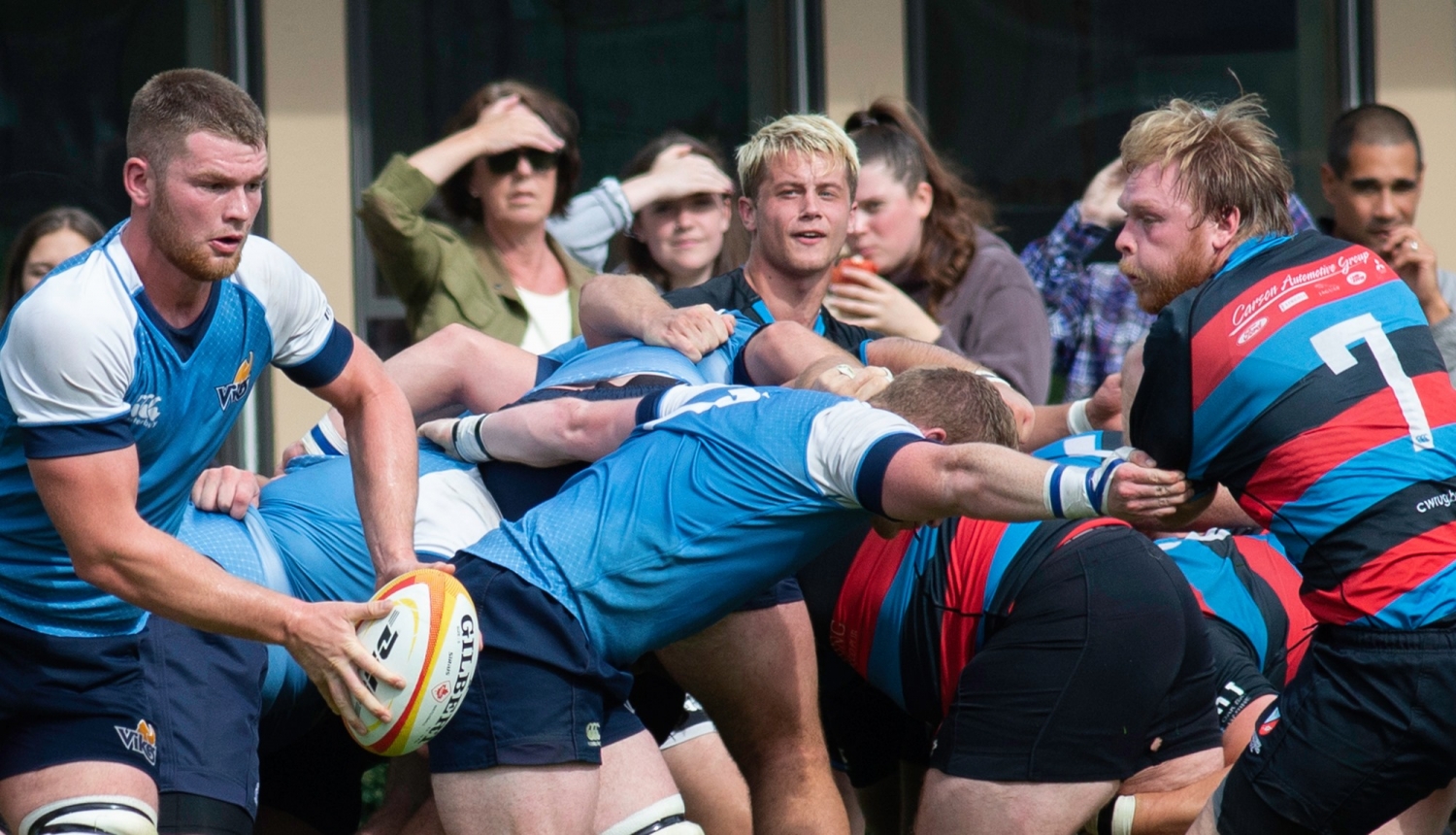 Tomorrow, three CW teams will take to the field in playoff action.  The Men’s Div.1 have mustered the best configuration possible to go on the road to face a tough Bayside squad.  The Divvies will be in the hands of skipper, Hohert, dedicated to give it their best shot.  Several Islanders have been called for service – good ‘onyas.  It’s a tough one but do yourselves proud.

At Home, the Premier Women will take on Capilano for the season’s “rubber match” between the two clubs at 1:00 p.m.  During the season, CW defeated Caps handily on their Homecoming weekend in a highly charged and motivated affair.  Just one week later, Caps avenged this loss at Klahanie, 41 - 40.  This was a match the Caps scribe declared, “it was the most exciting and well played women’s match he had ever watched”!  Tomorrow, CW will field a fairly experienced group.  Late-breaking news has seen the Captain, Louise Eriksson, having to forfeit her spot due to concussion, incurred in a bicycle accident yesterday.  Sad news.  This pundit knoweth naught about the tight five but the loosies would have been a dynamic trio.  Lucy Beauchemin comes off the bench to slot in for the Captain. The pack will need to forage tirelessly for possession.  Should they get sufficient ball, the backline is electric.  Led by Schell and Ogunjimi and backstopped by Samek whose incursions into the line always cause havoc, this group could prevail.  Congratulations to starter, Renee Cook, on debut on the wing, and Jesse Knaggs, on the bench.

The Men’s Premier Playoff will welcome “Howard’s Raiders” back to The House. This one will k.o. at 3:00 p.m.  At their last visit, the Vikes were stifled for a good 2/3 of the game but came to life with a couple of late tries to cause some restlessness amongst the fans.  CW has heaps of ability but has shown an almost consistent, dangerous pattern of letting the affair slip in the late going. When they have nothing to lose, the Vikes could be lethal.

The CW selection appears to be the strongest available with a particularly strong bench which no doubt, will be called on to complete the task.  The experienced pack could well be touted amongst the top three in the league, with their lineout play being a real strength.  A small tweak this week sees Herron get the start over Pyke on the open side and Braddock come into the FRF as a starter, shoring up a spot which went from perfect to iffy, last week against Old Boys Ravens.  The backs will be orchestrated by Grady Bowd and the selection remains almost ‘as is’, providing yet another opportunity for familiarity, although the absence of Griffiths is noted and Gus Porter, gets the nod on the wing.  This pundit is liking more and more the work of James who is proving to be a tough customer in the centres.  The defence of the backs will be tested by the guile of Robinson and his crew. Trick being, to deny possession!  In the forwards, UVic has gone for a “CW combo” in the lock position, with Nic Carson joining Newhook and a switch with the loosies.  Let the games begin.

The 16TH MAN is critical at playoff time.  CW will be seeking as many fans as possible to the “only show in town”.  The writer asks for tense emotions to be kept in check and go, CW!