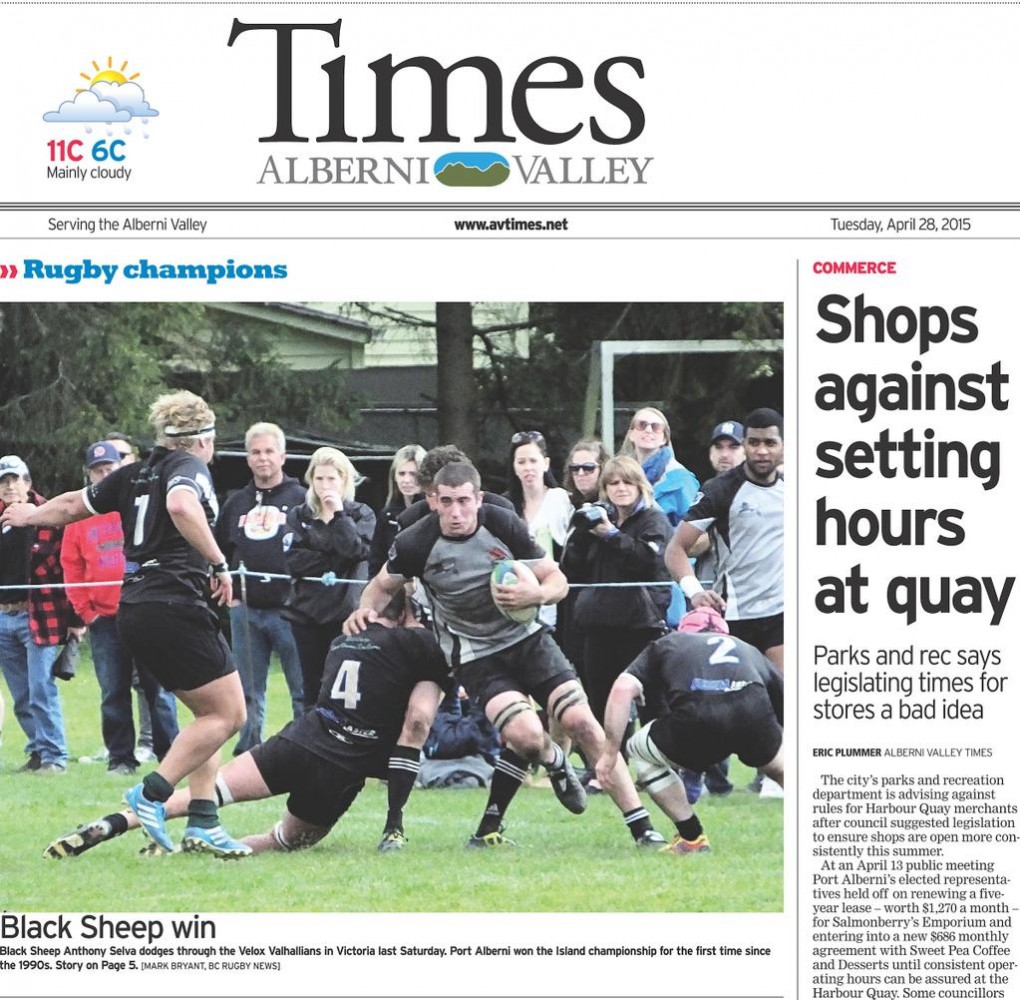 Gotta love Port Alberni Mayor, Mike Ruttan who has backed his Black Sheep with an offer to Seattle’s Mayor for today’s BCRU DIV 1 Semi-final – a cedar box of sockeye to “no reply”! ‘Onya, Mike. CW says; “go, you good things, Port!” Best of luck to Jas and his lambs today.

Great to see Nate Hirayama back on board. Canada will kick-off Day One at Scotstoun Stadium in Glasgow next Saturday with a match against local rivals, USA before they face Argentina and Japan, with the prospect of back-to-back Cup appearances a driving force before the Series ends in London on May 17.

The recent effort in Tokyo saw the team pick up 15 World Series points, which has moved them above Wales into 11th position with two rounds to play.