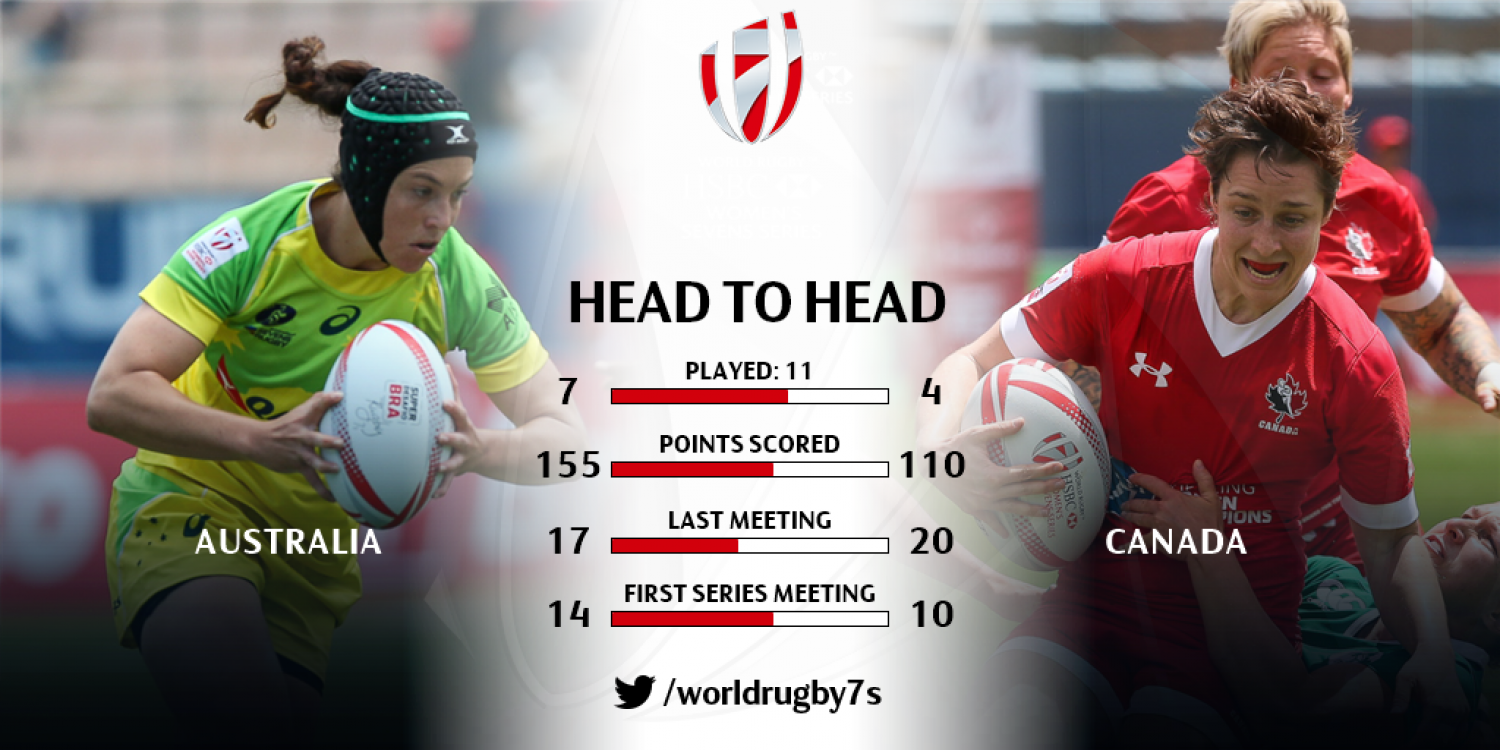 Canada put aside lesser ranked, Ireland and Fiji early but hit a road block against #1 ranked, Australia.  Two early errors got the Aussies on the board but Captain Kish responded and Russell added one at the half for a 14-10 lead. Both players carted Australian defenders over the line with them.  The second half was all Oz as the substitution of Green immediately paid off with her 55th try and Canada who had enough of the play compounded errors at the breakdown for a final 29 - 14 loss, one which would have been disappointing for Canada. Tomorrow is another day.