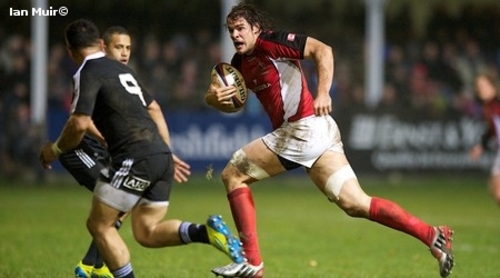 Ardron on the fly Vs Maori

Rugby Canada announced today the squad of twenty six players for final selection for the NZ Maori game in Toronto next weekend.  The squad is as follows;

This is a considerably "beefed up" group from that which was available for selection for the recent ARC Tourney.  Some players from overseas appear to have been released but obviously, where there are clubs in contention, ownership and management require others to continue playing.  It is interesting to see just one "specialist hooker", although there are a couple of others of the FRF who could play the position and for this writer, it is extremely disappointng to see the omission of Joe Dolesau, who played some "stormer" minutes in the ARC's.  It is always good to see Carpenter at the helm and the loosies look very strong.  Whether a mere "week of work" will gel whatever #9/10 combo the coach has in mind, remains to be seen.  Hearn and Co. in the backs will provide a stronger prong of attack.  In all, looks good on paper....Go, Canada, go!